Cut Taxes for the Right Reasons 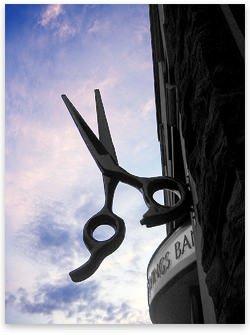 [An MP3 audio file of this article, read by Dr. Floy Lilley, is available for download.]

In their zeal to oppose the lunacy of the so-called "stimulus" plan, many radio talk show hosts and other pundits have fallen into the Keynesian trap. Rather than the politicians spending nearly a trillion dollars, they argue, it would provide much more stimulus if the government gave massive tax cuts. This would "put money back in the pockets of average Americans" and they would go to the mall and "get that money into circulation and boost the economy."

Although the instincts behind such arguments are sound, they often betray an underlying Keynesian mindset. By justifying tax cuts on the grounds that the taxpayers will go out and spend the money, these critics actually concede the entire case. After all, why take a chance on those fickle taxpayers, who might selfishly decide to pay down some debt or to stick the extra cash under the mattress? If buying stuff is the way to promote recovery, then nobody can top the DC politicians.1

The biggest mistake in the "let taxpayers spend the money" argument is that it buys into the Keynesian notion that recessions are due to a sudden bout of squeamishness on the part of consumers. This mindset pervades our financial press. Analysts wonder whether the holiday shopping season will "pull the economy out of its doldrums," and even Nobel laureates lament that the American consumer has finally thrown in the towel.

Now it is certainly true that ultimately, a consumer needs to buy the finished good or service in order to make a given production process worthwhile. It would be pointless for workers to toil day in and day out on a project, if there weren't a consumer at the end of the pipeline eager to buy the finished item.

But this just proves how silly it is to "fix" the economy through manipulation of consumption spending. If Americans are worried about the future and want to restrict their purchases of iPods, DVDs, and expensive nights out on the town, we shouldn't throw our hands up and worry that this will wreck "the economy." The purpose of an economic system isn't to provide jobs; it's rather to provide goods that consumers desire. If people want to cut back on their purchases of certain items, the economic system should respond to those changed preferences.

Scarcity is a regrettable feature of the world. This means that there are always tradeoffs involved in any decision. There are not enough resources available to satisfy all human desires. In particular, human labor is needed to transform nature's gifts into items that are more pleasing to people.

The hard part of economic affairs, then, is to produce things. After the product is available, consuming it is a piece of cake. To hear some crude versions of Keynesian thinking, you would get the impression that businesses are in trouble because Americans all of a sudden just decided that they didn't like steak and they didn't enjoy plasma screen TVs.

Of course that's not what happened. Instead, what happened is that American consumers decided they weren't prepared to spend as much on these nonessential items. To prove that our recession isn't due to a lack of consumption desire per se, imagine that car dealerships announced they would sell each vehicle on the lot for $1. Or, those trying to sell their homes and finding "no buyers" could charge $10 for each property. Does anyone doubt that these firesales would unload all the excess inventory in a matter of hours?

"If buying stuff is the way to promote recovery, then nobody can top the DC politicians."

Of course, car dealerships and house flippers wouldn't want to slash their prices to such lows, because they hope to get more if they wait things out. More generally, they weren't expecting to charge merely $1 or $10 per item, when they invested money over the years to arrive in their current predicament, sitting on unsold inventories.

And now we finally see the problem: the businesses right now that are struggling made bad forecasts. This doesn't mean the people in charge are immoral or dumb, and it could be true that their forecasts would have been accurate, were it not for foolish decisions that other people made. But whatever the excuses, nonetheless there are lots of businesses that used up scarce resources creating products based on the assumption that they would fetch more for these products than consumers are actually willing to pay.

In a market economy, the profit-and-loss system regulates the use of scarce resources. If a firm is suffering losses, what that really means is that it squandered valuable inputs (natural resources, labor hours, capital equipment) in making a product, when those inputs were more urgently needed elsewhere in the economy.

In a market economy, the customer is always right. If consumers aren't willing to buy the products and services currently being churned out by businesses, then the businesses are at fault for not anticipating the desires of their customers.

The recession is not caused by a sudden bout of irrational anxiety on the part of consumers. On the contrary, our present mess is the fault of the Fed's decision to lower interest rates after the dot-com crash and 9/11 attacks. Alan Greenspan didn't want to deal with a sharp recession then, and so he papered over the problems by flooding the credit markets with cheap money, courtesy of the printing press. This set in motion an unsustainable boom, especially in real estate and Wall Street. Even if consumers wanted to keep their buying habits up the way they had been living during 2002–2006, this would ultimately prove to be physically impossible. China was not going to forever send electronics goods in exchange for claims on McMansions that had no tenants.

It is because of these real imbalances in the global structure of production that American consumers have cut back on their discretionary purchases, and it is why American producers need to adapt to the new realities as well. The government is simply trying to freeze the US economy in the unsustainable configuration of the boom years.

All Money Is in "Circulation"

Related to the fallacy of thinking consumers need to "spend" in order to rescue the economy, is the idea that money only serves a social purpose when it is "in circulation" as opposed to sitting in somebody's piggy bank.

This is just silly. At any moment in time, all cash in the economy is in somebody's possession; there is no such thing as money that is "in transit." When you buy groceries, at 12:02 and 15 seconds the $45 is in your hand, and then at 12:02 and 16 seconds it is in the possession of the clerk and hence constitutes part of the grocery store's cash holdings.

So long as the government doesn't interfere with the price system, any amount of money can get the job done. If people become fearful and decide they want to increase their cash holdings, this means that each dollar bill will change hands less frequently. In general, prices will tend to fall. But that means that the same per capita amount of cash will now have a higher purchasing power, which is exactly what the so-called hoarders wanted.

Why Tax Cuts Are Better Than Government Spending

Let me be clear: I wholeheartedly agree that it makes much more sense for the government to cut taxes, rather than spend money, in order to improve the economy. But what I have been arguing is that the reason for this superiority is not, "Let taxpayers spend money and create jobs rather than the politicians." But if job creation from spending is a bad argument, what are the valid reasons for supporting tax cuts?

First is the simple moral argument. That money was earned by the taxpayers, and so prima facie it is always a good idea to take (i.e., steal) less from them.

"The purpose of an economic system isn't to provide jobs; it's rather to provide goods that consumers desire."

Second there is an incentive argument. Especially if the tax reduction comes in the form of lower marginal rates (rather than lump-sum rebates), then individuals have the incentive to produce more. Notice that this is the exact opposite of the standard Keynesian analysis. In other words, the pragmatic argument for tax cuts isn't to give consumers more money to go buy stuff, but rather it's to give producers the incentive to go make stuff.

In conclusion, the critics of the nearly trillion-dollar "stimulus" plan are certainly correct to call for tax cuts rather than more government spending. However, many of these critics couch their justifications in ways that actually prove the superiority of government spending. A correct analysis shows that it is better to let taxpayers keep more of their money, even if they use 100% of the savings to pay down debt. There is nothing magical about consumption spending, and in fact it was overconsumption that got us into the present mess.

An MP3 audio file of this article, read by Dr. Floy Lilley, is available for download.