GET NEWS AND ARTICLES IN YOUR INBOXPrint
A
A
Home | Mises Library | The Court, Federalism, and the Free Market

The Court, Federalism, and the Free Market 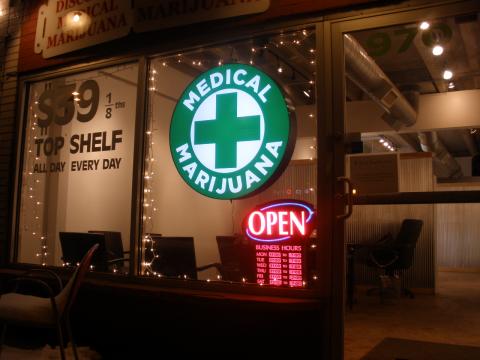 Article one Section 8 of the U S Constitution states that the "congress shall have the power to regulate commerce among the several states…." This so-called "commerce clause" is the legal bedrock for all federal regulation of business activity that crosses state lines. Every piece of federal economic regulation from the Sherman Antitrust Act (1890) to all of the 1930s New Deal securities and banking law has been rationalized (made "constitutional") by reference to the commerce clause.

Hence the Feds could regulate locally grown wheat and the legislation that prescribed that was constitutional. The "logic" of Wickard obliterated two original and important constitutional principles, namely (1) that the states can regulate their own commerce, not the Feds and (2) that the federal  Constitution embodies only limited and clearly enumerated powers.

WICKARD substantiated the notion that the Feds could now regulate ANY economic activity (with little resistance from individuals or the states) since almost ANY good or service produced and consumed  locally could, at least theoretically, affect interstate commerce.

We have all lived in a post-Wickard regulatory world ever since. So in some sense, the medical marijuana case decided June 6th (Gonzales v Raich, et al..) in favor of the government (6-3) was an easy slam dunk (see also S. Kinsella's post on the topic). Reich and the other defendants in California grew marijuana for their own consumption but the majority asserted, following Wickard, that such private activity "affected" interstate commerce and, thus, could be regulated (prohibited) by the federal Controlled Substances Act (CSA), regardless of California state law which allowed (with supervision) such activity. If you don't like the decision, the majority suggested, get the votes and attempt to change the federal drug laws.

There are many problems with the majority opinion written by Justice Stevens. The most obvious is the continued acceptance of the logic of Wickard. As Justice Thomas argues in his brilliant dissent, if  growing 6 marijuana plants on your own property for your own consumption is "economic activity" that can "affect" interstate commerce, then there is absolutely nothing under the economic sun  (including pot luck dinners) that cannot be regulated by the federal congress. But, clearly, that was not the intent of the framers of the Constitution.

But even more fundamentally, the Commerce Clause itself was never meant by the Founders to be a blank check for "command and control" economic regulation. Indeed, the economic purpose of Article one  Section 8 was almost precisely the opposite of the conventional explanation accepted by the majority in this case.

The original intent of the Commerce Clause was to make "normal" or "regular" commerce between the states; thus it was designed to promote trade and exchange not restrict it. Further, it was specifically aimed at preventing the states from enacting impediments to the free flow of "commerce" such as tariffs, quotas and taxes. And since the explicit language of the CSA, like all economic regulation, interferes with the free flow of commerce, it is inherently antithetical to the original intent of the Commerce Clause. (Whether the law could be legitimized by reference to the "police powers" of the state is another matter).

The commerce clause was never meant to prohibit sick individuals from consuming plants grown on their own property. Yet to acknowledge that fact, the Supreme Court majority would have had to rethink the core principles of individual liberty and the entire legal foundations of our regulatory society. And that they chose not to do.