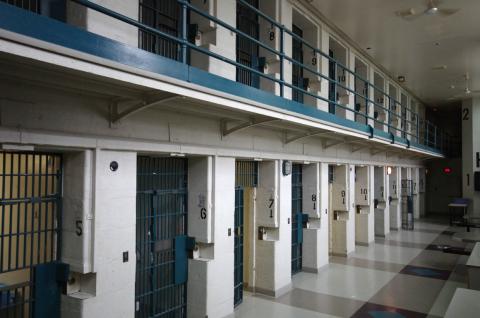 It was assistant broker Douglas Faneuil's word against Martha Stewart's. The word of a liar and a "man" who referred to himself cloyingly as "baby" ("Baby put Ms. Martha in her place!!!"), against that of a mensch who, over the years, has delivered on her promises to countless satisfied customers.

But first came Sam. ImClone CEO Sam Waksal instructed Merrill Lynch stockbroker Peter Bacanovic (also Ms. Stewart's broker) to sell all the company shares in his Merrill Lynch account. The Food and Drug Administration had refused a Biologics Licensing Application for ImClone's promising cancer drug, Erbitux. And yes, in contravention of insider trading laws, Mr. Waksal was acting on information which was 24 hours shy of being made public.

It is worth noting that the number of shares Mr. Waksal and his family sold through Merrill Lynch was a mere two percent of their holdings. On that fateful day, over seven million ImClone shares, other than those owned by the Waksal family, changed hands. It was thus incumbent on the jury to consider that even if Ms. Stewart was aware of the Waksal sale, she probably considered it unremarkable.

Then again, it was also incumbent on the jury to consider Douglas Faneuil's motives. The defense referred to Faneuil deservingly as "the living definition of reasonable doubt," and his assertion that he had provided insider information to Ms. Stewart was the only evidence against her the government possessed. Yet this lout's say-so prevailed over the word of a lady who has, single-handedly and honestly, built a billion-dollar-business.

Mr. Faneuil, Peter Bacanovic's former assistant, saved his own skin by agreeing to testify against Ms. Stewart and Mr. Bacanovic. He alleged that Mr. Bacanovic instructed him to pass on the news of the Waksal sale to Ms. Stewart, pursuant to which she, or so the government alleged (but could not prove), sold her shares immediately. In response to this charge, Ms. Stewart informed the government she had a standing agreement with Mr. Bacanovic to sell her ImClone stock if it fell below $60. The jury, however, failed to consider not only Mr. Faneuil's motives but also the mores of this self-confessed druggie. What mattered to them were his humble abode and equally modest earnings. In their minds—such as they were—he was one of them, pitted against the patricians in the dock.

Indeed, the jurors' post-trial populist posturing alone ought to constitute grounds for appeal. One juror, Chappell Hartridge, heralded this miscarriage of justice as a victory for the "little guy." (I wonder if he or the government would have dared to send a similar message to Oprah Winfrey.) He asserted, "We all knew in our hearts that the sale was based on Sam's actions." In other words, the jury believed Ms. Stewart was on trial for selling her 3,928 ImClone shares after being tipped by Sam Waksal.

In fairness to the jury, however, not even former Securities and Exchange Commission chairman Harvey Pitt understands how the blood sport of securities laws applied to Ms. Stewart's "case" (not at all). Mr. Pitt told Chris Matthews, apropos Ms. Stewart, "If you know that you're getting information you're not entitled to, the fact that you didn't ask for it doesn't mean that you can then go out and trade on it."

This is as good a description as any of the information socialism undergirding securities laws. But, contra Mr. Pitt, the government didn't charge Ms. Stewart with insider trading, although it was not for lack of trying, but, rather, for lack of evidence. While the state's case began with an insider trading investigation, it failed to prove that Ms. Stewart received—or Mr. Bacanovic imparted—insider information. The message she got from him via her assistant was commonplace. It was, simply, "Peter Bacanovic thinks ImClone is going to start trading downward."

The crucial fact is that Ms. Stewart was never, in any legal sense, an ImClone "insider." Hers was a private sale—she sold the shares of a company to whose shareholders she had no fiduciary duty. Mr. Bacanovic, on the other hand, was contractually bound by Merrill Lynch's confidentiality and privacy policies to refrain from divulging such information to her. If he did indeed tell her that Sam Waksal was selling his ImClone stock, and this was contrary to Merrill Lynch's policies, Bacanovic was in breach of his obligation to the company. Bear in mind, though, that a company's rules about insider trading are informed by federal and State securities laws. If insider trading were not criminalized by the government, it is entirely possible—even probable—that Sam Waksal would have been more than pleased to authorize the release of the information to his long-time friend Ms. Stewart (or done so personally).

When it became apparent to U.S. Attorney David N. Kelley that he could not charge Ms. Stewart with insider trading, he used the unrehearsed interviews she had given law-enforcement officers—interviews not subject to Fifth Amendment protections—to charge her with conspiracy, obstruction of justice, and lying to investigators about a matter that was never a crime.

This entrapment was easily facilitated under the unconstitutional Section 1001 of Title 18 in the United States Code. This makes it an offense to make "a materially false" statement to a federal official—even when one is not under oath. (It is perfectly acceptable, however, for said official to bait and bully a private citizen into fibbing.) Section 1001 neatly accommodates a plethora of due-process violations.

Having laid the trap, the FBI and the Department of Justice failed to have on hand even as much as a court reporter. Tape recordings or accurate transcripts of the interviews conducted with Ms. Stewart were unavailable at trial. Ill-served by lawyers that allowed these impromptu interviews, Ms. Stewart did not insist on being apprised of her rights, not least of which was to remain silent. There was insufficient proof as to whether any mistakes she made during her interviews were made innocently or "knowingly and willfully," as the prosecution alleged. Nonetheless, the United States Attorney's apparatchiks flagrantly imputed criminal intent to Ms. Stewart.

Having failed to make a case of insider trading, the Department of "Justice," unabashed, then charged Ms. Stewart with the most novel of securities fraud violations. Early in this sad saga, congressional investigators began leaking to the media that she had traded on insider information from Sam Waksal. She dared to respond with a public denial. The government then asserted that this proved Ms. Stewart had committed securities fraud because she had allegedly issued her denial with the intention of buoying the stock price of Martha Stewart Living Omnimedia (Count Nine of the indictment).

Therefore, having first been stripped of her right to the Fifth Amendment, the government sought to punish her for her exercise of the First. While the presiding judge, Miriam Goldman Cedarbaum, was more amused than aggravated by this legal overreach, she did dismiss Count Nine.

It is all too apparent to libertarians that Ms. Stewart and Mr. Bacanovic are innocents whose activities, entirely licit in natural law, the state has criminalized. Worse still, the state has failed to prove even this naturally unlawful case. When the government alleges a crime has been committed, the onus is on the prosecution to prove beyond a reasonable doubt (1) that a crime actually occurred (2) that there was criminal intent (mens rea). These burdens were not met, but the show trial went ahead regardless.

The entrapment of Ms. Stewart and Mr. Bacanovic conjures the ubiquitous scene in the movies where the suspect bolts and the cop gives chase. Cop hauls suspect in for questioning, only to discover he has the wrong man.

"If you are innocent, why did you run?" the detective demands. To which the suspect replies, "I was afraid."

The cop has no choice but to release him. In truth-is-scarier-than-fiction , however, Martha Stewart and Peter Bacanovic were not released. They were prosecuted and convicted for the "crime" of . . . running.