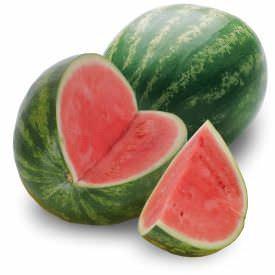 There are not one but rather two schools of thought on the environment and its challenges. For want of better nomenclature, I shall characterize them as the watermelons and the free-market environmentalists.

The first is far more well-known than the second. Here, the solution to all problems arising from this source is more government intervention into the economy, more (green) central planning, more denigration of private-property rights, new discoveries of "market failures."

Why call them "watermelons"? Because this fruit is green on the outside, but red on the inside. Advocates of this system are busybodies; their "philosophy" consists of do-gooding and ordering other people around: controlling property that does not belong to them, forcing others to cater to the latest political correctness emanating from who knows where. For a while, a long while, these people had hitched their intellectual wagon to the preeminent philosophy of the day, which promoted these goals: communism. But, then, in 1989, with the fall of the Berlin Wall, and in 1991, with the dissolution of the USSR, socialism could no longer suit their purposes. A new vehicle was needed: ecology was chosen.

The second school of thought on these matters is free-market environmentalism (FME).[1] For adherents of the first view, this name is a contradiction in terms. In their view the marketplace is seen as the enemy of the planet and its flora and fauna. I was once in a debate with a professor of biology who espoused watermelonism, and when I mentioned FME, he burst out laughing. Nor was this a debater's trick. He honestly thought it was outrageously funny.

It is the perspective of FME that all environmental problems stem from either lack of private-property rights, or from government regulation of laissez-faire capitalism, or from state control of resources. With economic freedom, all such challenges would either disappear outright, or become far more manageable.

The article by Baer is an example of watermelonism. Let us, then, mention some of its shortcomings.

Most egregious, this article speaks of "anthropogenic climate change" (emphasis added). Why is this objectionable? In the 1970s, the (then prewatermelon) green market critics were charging the capitalist system with creating global cooling. When the evidence did not appear to support this charge, they reversed field, and indicted free enterprise with global warming. But when one too many of their environmental conferences had to be cancelled due to freezing icy conditions, they changed yet once again. Now, it is climate change that is the enemy of all that is good and proper, not either cooling or warming.

Well, what is wrong with that? What is wrong is that the verdict is already in (laissez-faire harms the environment), all the watermelons keep doing is changing the indictment. With the move from either cooling or warming to any change at all, the critics of business and profits double their chances of success. But, implicit in this is that the present temperature of the earth is optimal (why else oppose any and all change?) The only problem, here, is that not only has this not been demonstrated, the dirigisme environmentalists do not even see this as a lacuna in their system.

Let us make a few heroic assumptions. Anthropogenic global warming, due to greenhouse-gas emissions, is a fact. Sunspots, etc., are not responsible. There is an ideal world temperature, such that man's actions will either exceed it, or fall below it, and that this will be harmful on net balance, not beneficial.

On this basis, Baer et al. consider two approaches to addressing this danger: first, "assign obligations to the industrialized countries on the basis of both their ability to pay (wealth) and their responsibility for the majority of prior emissions, or, second, to assign emissions rights on a (possibly modified) equal per capita basis."

But, they ignore a third, which is far more justified than either of those. For, given our assumptions, emitting gas constitutes, in effect, a trespass. And what, pray tell, does "equity" have to say about uninvited border crossings? It is simple: the perpetrators of these property-rights violations, and only the perpetrators, must be brought to the bar of justice. I agree with their emphasis on individuals, not groups, but equity requires that we should ignore ability to pay as a criterion for fines. Rather, the guilty should pay, and not the innocent, just as in the case for ordinary trespass.

Consider real rapes, not the "rape" of Gaia. Would we think it just that people be punished as rapists, equally? Hardly, except for a few rabid feminists who think that anyone with a penis is a rapist. Would we hold people guilty for rape based on their wealth? Again, it would be difficult to posit a greater violation of justice. Thus, we should ignore ability to pay as a criterion for fines, or penalties. Rather, the guilty should pay, and not the innocent, just as in the case for ordinary trespass. Moreover, suppose the poor engaged in rapes (real ones) to a greater extent than the rich. Should "we seek to ensure that [payment for] the emergent climate regime does not worsen the condition of the world's poor majority"?[2] Of course not, for that would again constitute a vast injustice. People should be made responsible for their rights violations, and their wealth, or lack of it, should, strictly speaking, be considered irrelevant.

Another difficulty I have with this article is that it conflates "equity" with "equality," for example, here: "addressing inequality within wealthy countries by allocating climate policy costs overwhelmingly to the highest earners may be essential to getting support for international equity" (emphasis added). This is an often-used, but obnoxious, conceit on the part of our friends on the Left. But there is the world of difference between the two. "Equity" means fairness or justice. "Equality" means that people should be treated equally. The difficulty is that this philosophy leaves no moral room for the Bill Gateses of the world to have more possessions than any drunken bum, despite the vast differences in contributions to our society and civilization made by the two men.[3]

Nozick's "Wilt Chamberlain" example ought to put paid to this moral abomination: if we redistribute money equally, people will still want to see Wilt dunk the basketball. If he is allowed to charge for this, the prior wealth distribution will become unraveled. If not, this demonstrates that "equity" is incompatible with liberty. Of course, we could always adopt the policy of the "handicapper general" (Vonnegut, 1973). This would render Chamberlain incapable of doing much of anything, let alone engaging in sports, but, here, "equity" comes at the cost of a scenario that puts the scenario depicted by Orwell (1961) entirely into the shade.

Another refutation of "equity" as "equality" comes from various reductios: should the blind have a claim on one of the eyes of all normal sighted people? "Equity" would obviously require this, but it amounts to (partial) body snatching. Or, should we force all people into machines, if we had them, that would redistribute IQ points from those who were deemed to have "too much" intelligence, to those deemed to have "too little?" This would appear to be a logical implication of "equity," and yet our sense of justice recoils in horror from any such scenario.

Space limitations allow only one last difficulty. In the view of FME, the justification for initial property-rights distribution is homesteading. (If the airport gets there first, it homesteads noise rights; otherwise, it must buy them from previous occupants.) But, the same applies to any other kind of pollution, such as dust particles, or, in our present case, "greenhouse gas emissions." There is simply no cognizance in Baer that this sort of activity is justified at least for some. And, not only some. We all contribute to anthropogenic global warming, if only by exhaling carbon dioxide. In the FME this can be justified on homesteading grounds: our ancestors exhaled, and left those rights to us. How the watermelons would wrestle with this question is unclear, to say the least.

[1] The canonical expression of this perspective is Rothbard, 1982.