GET NEWS AND ARTICLES IN YOUR INBOXPrint
A
A
Home | Mises Library | Consumerism: A Defense 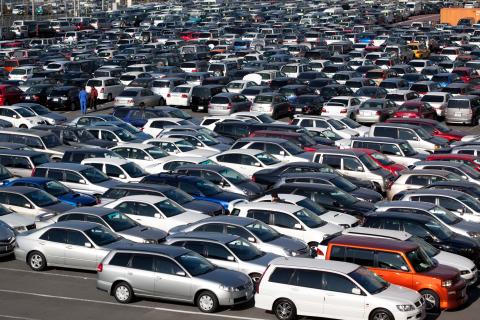 You would think that smart intellectuals would realize that no such animal as capitalism exists in the USA or anywhere else. In America we have a welfare state, a highly regulated, even regimented economy, which, admittedly, is relatively more free than the economies of other countries around the globe but by no means as free with respect to trading goods and services as capitalist theory would require.

But never mind. Those who never tire of trying to besmirch the system keep calling what we have capitalism and then finding all that's lamentable about it the fault of this non-existent but merely approximated system.

Consider the review essay by social theorist Alan Wolfe, one of the most prolific intellectual pundits in the country, in a recent issue of The New Republic. Wolfe muses over the messages of six books, all of them aiming to analyze what they regard as America's excessively consumerist capitalist society.

It is taken to be axiomatic in all these books, as well as by the reviewer, that in a society wherein consumers can pursue their ends by means of relatively open--but by no means free--market transactions people are impoverished when it comes to what they really ought to strive for, namely, community, friendship, and spiritual values (though never making clear just how these are to be understood and applied and what kind of society could usher them in for us all).

In the end Wolfe likes none of the six treatments very much and ends by asserting, without any clear analysis, his own criticisms of consumerism.

He tells us that

...no society can allow its members to pursue their taste for goods to the point of excess, or look with indifference as some are allowed to satisfy their indulgences while others are not, and consider itself either a decent society or a just society.

Exactly what this means is a bit hidden. Does a society do anything like "allow its members" to do anything? Since societies do not do anything, only its members do, who is to be in the position to allow the rest of the members to do one or another thing?

Thus we may assume, given his recommendation, that what Wolfe is after is some kind of legislation or regimentation, guided by the likes of him, that dictates to people the extent to which they are "to pursue their tastes for goods." The politicians, so guided, would set limits for us. Just how these people would learn what those limits should be, for each and every one of us, is a mystery no one has managed to solve.

Yet we find that against even the mere shadow of free market capitalism, there is a persistent call for some elite group to set limits. As if we all, those who hit the markets and spend our money as we see fit, were little children in need of the guidance of these insufferable paternalists, would be nannies all.

Now this is not to say that everyone in a relatively free society spends money wisely, nor again that everyone's priorities are unimpeachable.

Whatever the problems of people are in a relatively free market, be these moral or economic, one thing seems certain enough: the last thing they require is a political elite to set for them limits, to disallow them "to pursue their taste for goods." Quite the opposite. The less power some elite has, the more likely it is that people will be pursuing goods with what they legitimately have to use in trade instead of what they garner through political dealings. And that could be a very good educator about excess in their lives.

This is just what Wolfe and Co. do not grasp. The moral education of adults cannot be accomplished by regimentation--even children learn better via good example. People who will behave as they should only because they are forced to do it are unlikely to learn much. Instead they will grow resentful, akin to those who deal in banned substances, and will be strongly tempted to get more and more rebellious.

For it is human nature to find it offensive to have other human beings ordering one about, forcing one to act this way and that. After all, who are these but simply other people to treat one as their trained wild animals? What gall do these people have to think of themselves as authorized to "allow" this and "disallow" that?

The problem with many of these critics of even the halfway capitalism of Western societies is that they really are utopians at heart, people who want to reshape the world in their image and who refuse to accept that free men and women will sometimes be imprudent, rash, even go to excess "to pursue their taste for goods." The only sound remedy for such folly is education, argument, persuasion, ostracism, and similar civilized means of influence--certainly not the coercive alternatives Alan Wolfe and his ilk would prefer.