The Clear Language of the Austrian School 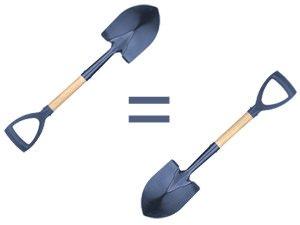 Tags Booms and BustsHistory of the Austrian School of Economics

Life's twists and turns will take a person on journeys he would never imagine. A kid from rural Kansas growing up where people simply speak their minds, all the while lacking the fancy elocution offered by supposedly highly educated city folk, couldn't imagine a school of economics offered clearly and simply.

Indeed the Austrian tradition of clear and sound economics is a long one. In the early 19th century, Frenchman Frédéric Bastiat took up where the Spanish Scholastics left off. As the brilliant wordsmith and Wall Street analyst Jim Grant explains,

Because nobody else can understand them, modern economists speak to one another. They gossip in algebra and remonstrate in differential calculus. And when the pungently correct mathematical equation doesn't occur to them, they awkwardly fall back on the English language, like a middle-aged American trying to remember his high-school Spanish. The economist Frédéric Bastiat, who lived in the first half of the 19th century, wrote in French, not symbols. But his words — forceful, clear and witty — live to this day.

The modern dean of the Austrian School, Murray Rothbard himself, wrote,

Bastiat was indeed a lucid and superb writer, whose brilliant and witty essays and fables to this day are remarkable and devastating demolitions of protectionism and of all forms of government subsidy and control. He was a truly scintillating advocate of an untrammeled free market.

Bastiat's wisdom has gone unheeded. The modern world is anything but a free market. It is blanketed with volumes of regulations while forced to operate under the regime of fiat money, central-bank interest-rate setting, and monetary pumping. The economy lurches through a continuous maze of distortions — soaring asset bubbles followed by gut-wrenching crashes — and lingering high unemployment and inflation masked by understated official statistics issued by government agencies.

While most of the public sees and believes what the government wants them to see, Austrians take Bastiat to heart, as Rothbard makes clear:

In this way, the "economist," Bastiat's third-level observer, vindicates common sense and refutes the apologia for destruction of the pseudo-sophisticate. He considers what is not seen as well as what is seen. Bastiat, the economist, is the truly sophisticated analyst.

I was 12 hours into my master's degree in economics from UNLV when Rothbard walked through the door already talking (as if he had started his lecture out in the hallway) about dumb politicians threatening the evil oil companies that were raising gas prices. From that thought, he just continued right into his history-of-economic-thought lecture. He didn't take roll or hand out a syllabus. Murray didn't have time for that; he had centuries of history to cover.

As Murray barreled through his opening lecture for ECO742, I knew that this was economics the way it should be taught. Forget the graphs, equations, and other nonsense I'd merely endured my first two semesters; this was the real stuff: good guys versus bad guys, human action stories told at the pace of a Robin Williams monologue, punctuated with the occasional cackle and a dozen or so reading recommendations per night — book title, author, year published, and usually the publisher name.

Rothbard's history-of-thought lectures in the fall of 1990 provided a financial-history emphasis that piqued my interest in financial bubbles and crashes. This would ultimately be the subject of my master's thesis and give me an understanding of the greatest financial meltdown in modern history — which I would soon live through in my professional life.

Rothbard's mentor, Ludwig von Mises, developed the Austrian business-cycle theory over 100 years ago. Mises had become an economist after reading Carl Menger's Principles of Economics, published in 1871. "Until the end of the Seventies there was no 'Austrian School.' There was only Carl Menger," Mises explains. It's no surprise that the Austrian School's founder started as a journalist and wrote a number of comedies and novels.

It was through the Austrian lens that I explored Tulipmania and the Mississippi and South Sea bubbles in writing a thesis under Rothbard's and Hans-Hermann Hoppe's direction. But at my day job, Mises's lesson was lost while I was busy lending in the heat of the real-estate bubble of the early 2000s. Financial bubbles are much easier to see from the outside looking in than the inside looking out, with the timing impossible to calculate.

In the wake of the 9/11 attacks the Federal Reserve slashed interest rates, with the federal-funds rate pushed down to 1 percent by 2003 from 6.5 percent in 2000. Keeping rates at rock bottom for a year would generate a speculative boom in real estate the likes of which America had never seen. And the city where Rothbard had taught until his death in 1995 — and Hoppe until his retirement in 2006 — was a steaming cauldron of real-estate speculation.

Just as Mises had predicted a coming depression during the heyday of the roaring '20s, Austrians like Mark Thornton saw danger lurking behind the boom, writing "Housing: Too Good to Be True" in June 2004.

In Las Vegas, land prices rose eightfold and housing prices tripled. More than 200 people a day moved to the new boom town, and $40 billion in new casino-resort development was started as the real-estate and stock-market booms spread throughout the country.

The city that was half a million people when Rothbard, Hoppe, and I arrived in 1986 had grown to 2 million a couple decades later, with the experts claiming Las Vegas would grow to 4 million in another 20 years.

Austrians knew the Federal Reserve's interest-rate manipulation had engendered the boom, but Fed chair Alan Greenspan pooh-poohed the notion of a nationwide bubble in 2002:

The ongoing strength in the housing market has raised concerns about the possible emergence of a bubble in home prices. However, the analogy often made to the building and bursting of a stock price bubble is imperfect.

Three years later, it was Ben Bernanke's turn to deny there was a housing bubble when questioned:

Well, I guess I don't buy your premise. It's a pretty unlikely possibility. We've never had a decline in house prices on a nationwide basis. So what I think is more likely is that house prices will slow, maybe stabilize: might slow consumption spending a bit. I don't think it's going to drive the economy too far from its full employment path, though.

However, the Fed chair had already begun raising rates to cool the hot market. And as Austrian business-cycle theory would predict, home prices peaked in 2006, with the stock market, commercial property, and land prices following suit a year later. Despite a furious reversal on the part of the central bank to inject liquidity into the system, the cleansing of the malinvestments produced by excessive central-bank credit continues grudgingly as I write. The Fed, along with other federal-government interventions, impedes the recovery's process with ground-hugging interest rates along with programs intending to prop up the price of assets that in actuality require further price correction.

Austrians have explained the crash and the lack of recovery in plain and simple language. Rothbard makes clear that the government must retreat, allowing consumer preferences to dictate what is to be produced, not government policy. The collective time preference must dictate interest rates, not government central banks. But alas, we remain in the morass. Government will not take its hand from the tiller.

A new generation of students seeks the truth delivered plainly, using clear words and logic, rather than muddled graphs, impenetrable equations, and double-talk. Students are ready to be amazed as I was 20 years ago by Rothbard's wisdom and wit, amplified with Hoppe's laser-like logic.

While Keynesians, monetarists, and the like communicate with each other via indecipherable code printed in academic journals that exist to gather dust in vacant college libraries, Austrians continue to explain what's happening in the real world. The world that matters. Where individuals seek better lives through purposeful action. Where mutual exchange benefits both parties. Where government distorts and destroys while, at the same time, private firms and entrepreneurs work tirelessly to make our lives richer and fuller.

The great tradition and thinking that began in Vienna so many years ago is now a worldwide movement that not only educates millions of students of all ages but also provides hope of a better life for millions of people around the world. The Austrian framework provides a roadmap for a prosperous world: a free, peaceful, and productive world — creating a bountiful existence that is impossible to imagine. Not through applying just the right amount of government force here or there, or the right amount of regulation, or setting the proper interest rate, but by letting markets work.

This article is based on a speech given at the Mises Institute Supporters Summit 2011 in Vienna, Austria.