GET NEWS AND ARTICLES IN YOUR INBOXPrint
A
A
Home | Mises Library | Clean Water, Scarcity, and Market Prices 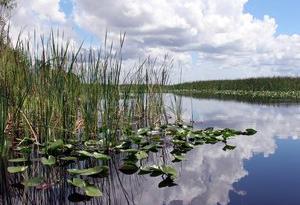 Scarcity is an important aspect of our lives as it affects us everyday, although many people may overlook it when they generally enjoy high standards of living. But scarcity makes itself obvious to high-income people at times, as it will in September, for example, when people will line up for hours to get their hands on the iPhone 6. Ludwig von Mises explained the situation well in Human Action:

The available supply of every commodity is limited. If it were not scarce with regard to the demand of the public, the thing in question would not be considered an economic good, and no price would be paid for it.

Indeed, scarcity is a reason most people work since their financial resources are limited and finite and work provides them the income necessary to accumulate resources to exchange for the goods and services of another. Consumers demand scarce goods (housing, clothes, a night out, travel, school supplies) and people have to economize their decisions based on scarcity.

In the case of water scarcity, however, we find that the challenge of scarcity is met in some very peculiar ways.

For examples, we can look to the Indian River Lagoon, Lake Okeechobee, and the Everglades where water is plentiful, but clean water is scarce. Moreover, we might look to the western United States where an arid climate makes all types of water scarce.

Yet in all of these places there is one thing in abundance — clean and drinkable bottled water.

Why is it that we can we have too much dirty water in one place, not enough water in another, and be surrounded by an abundance of bottled water?

The first thing to be said about this is that on the free market, regardless of the stringency of supply, there is never any “shortage,” that is, there is never a condition where a purchaser cannot find supplies available at the market price. On the free market, there is always enough supply available to satisfy demand. The clearing mechanism is fluctuations in price. If, for example, there is an orange blight, and the supply of oranges declines, there is then an increasing scarcity of oranges, and the scarcity, is “rationed” voluntarily to the purchasers by the uncoerced rise in price, a rise sufficient to equalize supply and demand. If, on the other hand, there is an improvement in the orange crop, the supply increases, oranges are relatively less scarce, and the price of oranges falls consumers are induced to purchase the increased supply.

In the case of droughts government monopolies set prices arbitrarily and this sends consumers distorted prices. Just as bad crops increase the price of oranges so should droughts increase the price of water. Individuals then internalize their decisions to make best use of the scare resources — their own finances and the water commodity. Government distorting prices prevents individuals from acting most efficiently to conserve scarce resources.

Bottled water is the only water product that Americans have routinely priced and marketed. We now happily pay as much as four times the cost of gasoline for potable water that we could have for free from fountains and taps. Of course, economists will tell us factually that bottled water is not the same good. The square Fiji bottle is a sexy statement; and the ubiquitous bottle of water in hand is a fitness and convenience statement. Subjective valuation determines price. A real market in this water product does exist.

Markets for other water products are, meanwhile, mainly nonexistent. We routinely do not pay market prices for most other forms of water. Until recently, water has been viewed and treated as a free good by all Earth’s peoples. As with all free goods, water experiences unlimited demand. But water cannot meet unlimited demand. Water needs prices in order to signal scarcity and inform demand. Different categories of water need different prices to reflect the different preferences of users. Free can no longer be water’s price. The profligate glory days of limitless water everywhere seem to be over.

The lack of market pricing affects the Indian River Lagoon as it encourages pollution. By allowing farms and industries to pump byproduct into the water the waterways are essentially being used as a free garbage dumping ground. The permitting of pollution by government recklessly encourages more pollution by firms rather than firms benevolently opting to pay to have it properly disposed. The business who pays extra to have waste properly treated and disposed of may not be able to compete with the businesses who opt to take advantages of government allowing dumping of byproduct into waterways at virtually no cost.

The lack of market pricing occurs largely due to lack of ownership and governmental edict. With “public” ownership bureaucrats and politicians charged with maintaining resources lack capital value interest in the resources. They only preside over the current use as Hans Hoppe taught us, “it makes exploitation less calculating and carried out with little or no regard to the capital stock. Exploitation becomes shortsighted and capital consumption will be systematically promoted.” The long-term calculations of the bureaucrat is distorted by this.

Ownership being replaced with stewardship and the lack of the profit and loss mechanism prevents the water bureaucrats from making the most efficient decisions. It is not for the lack of caring but the inability to make economic calculation as Mises explained in Bureaucracy:

Bureaucratic management is management of affairs which cannot be checked by economic calculation.

... The bureaucrat is not free to aim at improvement. He is bound to obey rules and regulations established by a superior body. He has no right to embark upon innovations if his superiors do not approve of them. His duty and his virtue is to be obedient. ... Nobody can be at the same time a correct bureaucrat and an innovator.

Yet if the same waterways were privately owned the property owners could charge for the all uses of waterways. Non-pollutive by products may be charged less than damaging pollutive byproducts which negatively affect water quality. The scarcity of the water quality would set prices to discourage pollution and incentivize firms to find cleaner and more efficient production methods.

Furthermore with ownership provides the long-term capital value incentive which encourages conservation. We see this in forestry where forests are replanted to ensure the forest owner has income in the future. We see this at Adams Ranch where the stock of cattle is not wiped out all at once. Adams Ranch does a particularly good job of conserving grass to feed and support their cattle because the land they have to raise cattle on is limited. If grass goes so does the cattle.

In the case of the Lagoon, waterway owners might decide not to allow pollution. Instead, deciding that the boaters, fisherman, divers, swimmers, etc., are a preferable source of revenue for decades into the future.

Prices would help owners calculate that using the water for leisure and conservation is more efficient and useful than making it unusable dumping grounds. Prices would help consumers appreciate the use of clean waterways. Up the Kissimmee River Disney is able to charge huge entrance fees to maintain a safe clean park and facilities. In other unmaintained areas people dump litter in the river, like they do on the roadways. Notice, other than on trash day, people do not litter their own driveway. That is because of the tragedy of the commons. Nobody has an incentive to keep it clean as nobody owns it.

When we fail to understand the basics of scarcity and prices, however, we are left with the current and dominant view of water in which everyone owns it, and action to maintain it can only be undertaken communally. We see this attitude reflected in recent social media posts (1, 2, 3,) on the Indian River Lagoon, including: Thousands of people came out to rally for the lagoon cleanup and to raise awareness and money. Obviously, a clean lagoon is valuable to many people, but we will never know just how valuable as long as government precludes pricing from working in the lagoon’s favor.

In other words, let’s allow the people who care to put money where their mouths are and allow the marketplace to incentivize the people who are most motivated to have a long-term stake and interest in conserving the capital value of the lagoon.

Only the market can provide this, for no matter how hard bureaucrats try they cannot imitate market forces. Lilley explains:

And, no, command economies cannot play at market. There is no third way. Only private property and the rule of law can create a viable market; bureaucratic mandates can deliver only shortages, higher costs, and poorer quality.

Rhett Lloyd is publisher and contributor of TheLibertycaucus.com. He resides on the Treasure Coast of Florida.