China and the Development Myth 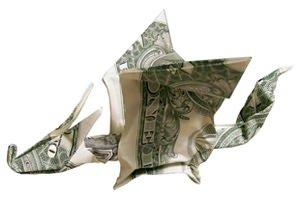 According to Joseph Stiglitz, the Chinese government has avoided the deficiencies of capitalism and communism by allowing a limited amount of private competition, while also retaining strong governmental controls over investment.

According to Noam Chomsky, the Chinese government is "the most interventionist and price-distorting government of all." Chinese success in recent decades proves that government planning is a better path. Countries that follow the "free-trade" neoliberal path will lag behind while regulated economies, like China, come to dominate the global economy.

Part of what the anti–free market crowd says is actually true. The Chinese government dumped its overtly socialist policies many years ago. The Chinese now have a limited amount of free enterprise and private competition. The Chinese government even sought advice from Milton Friedman. Friedman went to China in 1980, 1988, and 1993. But the Chinese did not act upon all of Friedman's advice. The Chinese government retains strict control over Chinese markets. As of 2008, China ranked the 126th freest economy, in the "mostly unfree" category of the most recent Index of Economic Freedom.

The proof of Chinese success supposedly lies in its GDP statistics. The Chinese have reported astounding economic growth since 1978. The Chinese growth rate has been reported in double digits for many of the past thirty years. Chinese GDP nearly caught up to the United States during this time. At the reported rate of growth Chinese GDP will exceed American GDP in 2012. China has a much larger population, so its reported per capita GDP is still well below that of the United States. Yet, such rapid growth would appear to make China the example to follow for industrializing nations, especially those that are transitioning out of some form of state socialism.

Chinese GDP statistics seem to support the case for government regulation of markets, but there is a problem with these data. The problem with the statistics that the Chinese have reported on GDP is that they are exaggerated. At the end of last year the World Bank published a report on Chinese GDP. World Bank economists used the standard method of Purchasing Power Parity to measure Chinese GDP in terms of US dollars. The result of this study is that Chinese GDP is lower than previously believed.

Some economists have suspected that the Chinese statistics were too high since long before the World Bank report was published. University of Pittsburgh economist Thomas Rawski came out with a report in 2001 that exposed some of the problems with the Chinese statistics. Chinese GDP has grown since the abandonment of communism in 1978. However, its growth rate is perhaps half of what it was thought to be. Consequently, the enthusiasm of Stiglitz and Chomsky (among others) regarding the Chinese model of economic regulation is unfounded.

This is not the first time that opponents of freedom have been duped by exaggerated statistics regarding the performance of planned economies. During the Cold War, many scholars and media figures pushed the idea that the Soviet economy was outperforming its Western capitalist counterparts. The official statistics from the Soviet Union were impressive — and fictitious.

Economist Warren Nutter exposed the inflated nature of Soviet statistics in 1958. Yet many prominent antifreedom economists (e.g., JK Galbraith, Lester Thurow, Paul Samuelson) held to the phony statistics on the Soviet economy right until that horrible system collapsed. Unfortunately, too little has changed. Some people accept phony inflated statistics from nations like China's GDP all too easily.

Of course, the Chinese example differs from the Soviet example. China adopted modest market reforms, and reported rapid economic development. China's economic progress is actually in line with the nature of its reforms. Modest reforms have produced modest growth. The evidence on China's GDP might suggest that Chinese reforms did not go far enough, but we cannot rely on data alone. We can see the strength of the case for economic freedom even more clearly through proper economic theorizing. Free-market economists like Friedrich Hayek and Ludwig von Mises arrived at the proper conclusions regarding socialism and interventionism long before the evidence on modern state planning was in. Now that theory and history have rendered their verdicts, we should set these matters to rest.