The Century of Statism | Mises Institute
Skip to main content

The Century of Statism 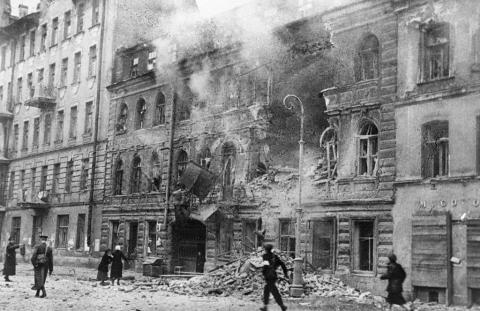 As the debate rages as to whether or not the symbolism-conscious mainstream media has duped us into celebrating the end of a "99-year" century, it is still not a bad time to look back and take stock of where we have gone in the last 100 years. At best, we see a myriad of contradictions: the growth of the leviathan state, yet a continuous march of freedom.

There is no doubt that in 1900, Americans in many ways were more free than they are today. No "drug czar" existed to make war upon individuals who chose to ingest certain chemicals into their bodies the state says they should not. The Internal Revenue Service, with all of its massive and unrivaled police powers, did not exist because there was no federal income tax. Government did not have the ability to quickly depreciate one's money holdings through inflation, since the Federal Reserve System had not been created. Our money was still denominated in gold.

In short, the political classes could not intervene in the lives of individual Americans with the same vengeance as they can today because the legal and social structure that makes such an outrage possible had not been firmly established. Yet, for all their freedoms, the people of this country inexplicably would allow the politicians to convince them that they needed to give up many of their precious liberties in exchange for a "better life." In 1900, the "Progressive Era" was just beginning to take hold and the world would not be the same. Two world wars and the era of murderous communism would be Progressivism's ultimate result.

That statism took hold in the 20th Century should not be surprising. The journalist Walter Lippman wrote in 1936 that by 1870, the forces of classical liberty "were fighting rear guard action" against the ideas of collectivism. At the turn of the century, Das Kapital had captured the hearts and minds of many intellectuals, Edward Bellamy had published the popular Looking Backward, which predicted pure socialism by the end of the 1900s. Furthermore, the Interstate Commerce Commission and the Sherman Antitrust Act were already in force and just beginning to wreak havoc on American business.

In short, collectivism was not a creation of the 20th Century, but rather the result of an intellectual shift away from the doctrines of liberty. By 1920, the once liberal nations of the West had nearly destroyed the foundations of civilized society through World War I. What made this episode especially destructive, however, was not the new and awful machinery of the battlefield but the ideals of collectivism that gripped governments of both the Allies and the Central Powers.

It is clear that the entry of the United States into World War I not only tipped the balance toward Great Britain and France, but also guaranteed the harsh "peace" that came from the disastrous conference at Versailles. As Murray Rothbard has noted, the destruction visited upon civilization by the war was not a deviation from Progressivism, but rather its crowning "glory." President Woodrow Wilson justified the entry of the USA into that war in order to tear down the monarchies of Central Europe and replace them with progressive democracy. His administration championed collectivism abroad and "war socialism" at home, as government agencies seized control of U.S. businesses in order to further the war effort.

One of those pillars of Progressivism was the Federal Reserve, and it would help trigger the Great Depression through its enormous expansion of fiduciary credit during the 1920s. After the inevitable crash of 1929, President Herbert Hoover invoked the ready-made powers of "war socialism" to try to reverse the inevitable results of a credit-injection bust. His efforts gave us the Great Depression, which would ultimately give us the welfare state and near-complete government control over private property. Progressivism had nearly run its complete course. Only another war was needed.

True, the war ultimately annihilated Adolph Hitler’s socialist regime, but in its place sprang the extension of communism into Eastern Europe and Asia. Furthermore, Great Britain used to war to implement its own version of Fabian Socialism, while many Western European states followed suit. The private property order that had characterized Western Civilization at the turn of the century was now totally subservient to the leviathan state.

Yet, the candle of freedom, while hidden by the "bushel" of state power, was not extinguished. Although the United States had nearly destroyed its once-magnificent constitution, classical liberalism did not die and a half-century later has found itself flourishing in many circles.

The impact of Ludwig von Mises’ Human Action cannot be underestimated. Virtually ignored by intellectuals and the political class upon its original 1949 publication, Mises's economic tome allowed for the rebirth of the nearly extinct Austrian School of economics, the only branch of modern economics which fully explains why socialism as an economic system and as a way of life cannot survive in a complex, modern society.

By the latter part of this century, communism had nearly destroyed itself--as Mises said it would-–and many regulations that had served to create inefficient business monopolies found themselves abolished or severely curtailed. In response to the growth of computer technology, the internet has created a web in which freedom-loving individuals can communicate outside the heavy-handed realm of the state.

Leviathan is hardly dead. The current election cycle clearly demonstrates that politicians of nearly all stripes are competing with each other to see who can expand state powers the most. However, the desire for a free society is growing in the minds and hearts of millions of people.

It is safe to say that the "market" for the anti-leviathan message is much stronger today than it was 20 years ago and certainly 50 years ago. By the end of World War II, Americans had come to believe in the efficacy of state intervention into their lives and seemed eager to hand over personal decision making to the political classes. Mainstream economists like Paul Samuelson and John Kenneth Galbraith were predicting the ultimate economic triumph of the Soviet Union and central economic planning. Such people are harder to find today as the results of collectivism become clearer. At the same time, a new generation of scholars is learning about classical liberalism and Austrian Economics.

There seems today to be parallel courses of history. On one track is collectivism in its many forms, including environmentalism, multi-culturalism, college campus speech codes, and socialized health care. On the other track, however, is a healthy skepticism of the state, the internet, a reborn Austrian Economics, and at least some politicians who speak up for freedom, like Rep. Ron Paul.

My own prediction is that this parallel growth will continue. While the state will continue to abuse its powers, individuals will continue to "secede" in many ways. The home schooling movement will grow, and I believe that Austrian Economics will become more and more of a major player in the ongoing economic debate as the neoclassical paradigm continues to falter under its own internal contradictions.

Like the classical liberals of 1870, socialists and interventionists are now fighting their own rear-guard action. Ideas –- and their results –- do matter, and when it comes to ideas, those who espouse freedom will always have the upper hand.