GET NEWS AND ARTICLES IN YOUR INBOXPrint
A
A
Home | Mises Library | Cash Banned, Freedom Gone 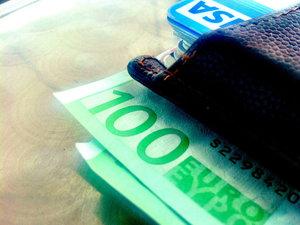 Some politicians want to ban cash, arguing that cash is helping criminals. The first steps in that direction are the withdrawal of big denomination notes and the limits imposed on cash payments.

Proponents of a ban on cash claim that this will help fight criminal transactions — involved in money laundering, terrorism, and tax evasion. These promises of salvation are used to get the general public to agree to a society without cash. But there is no convincing proof for the claim that the world without cash will be a better one. Even if undesirable behavior is indeed financed by cash, you still need to answer the question: will the undesirable behavior disappear without cash? Or will those who commit the undesirable acts take to new ways and means to reach their goal?

Take the example of the 500 euro note. If we do away with it, won't those who wish to use cash pay with five 100 euro notes instead? Or ten 50 euro notes? And what about the costs imposed on the large majority of respectable people, if you put a ban on their cash? Using the same logic, should we ban alcohol, because some can't handle it properly?

The plan to restrict the use of cash, or to abolish it step by step, has nothing to do with the fight against crime. The real reason is that states (and their central banks) want to introduce negative interest rates.

Otherwise, if you apply negative rates on bank deposits, customers in the short or long run will try to avoid the costs that negative rates impose on their bank deposits. So, depositors will, in many cases, hoard cash. To block this last escape route, proponents of the ban on cash want to do away with it.

The Natural Rate of Interest

Incidentally, some reputable economists are supporting the plan, claiming that the “natural rate” has become a negative rate. Because of that, central banks were forced to push interest rates below zero, being the only way to foster growth and employment. The assertion that the balanced interest rate has become negative doesn't stand up to a critical examination though.

[RELATED: The “Natural Interest Rate” Is Always Positive and Cannot Be Negative]

It is inherently impossible that the balanced interest rate is negative. Market rates, which entail the balanced rate, can fall below zero, but not the balanced rate itself. The policy of negative rates is no cure for the economy but causes massive economic problems.

Banning cash is infringing on the freedom of citizens on a massive scale. In withdrawing cash, the citizen is bereft of choice for his payments. After all, the state has the monopoly on the production of money. There is no competition on cash. Thus, nobody but the state can satisfy the demand for money by citizens.

If the state bans cash, all transactions must be executed electronically. For the state to see who buys what when and who travels when where is then only a small step away. The citizen thus becomes completely transparent and his financial privacy is being lost. Even the prospect that a citizen can be spied upon at any time is an infringement on his right of freedom.

Cash helps to protect the citizen from an unfettered intrusiveness by the state. If the state increases taxes too much, citizens at least have the option to avoid the tribulation by paying in cash. The knowledge that citizens can do so, makes states hold back a little.

States will give up any restraint once cash has been banned. The justified concern isn't at all rendered obsolete by the cases of Sweden and Denmark, where the cashless society is said to function to its perfection. The citizens of those countries can still use foreign cash if they want.

The plan to ban cash — step by step — is a sign of the fundamental ailment of our time: the state is destroying more and more of the freedom of citizens and businesses, once it has turned into a territorial monopolist and highest judge of all conflicts.

The fight to keep cash may bring something good though: it will shed light on the need to take the power away from the state as we know it, by applying the same principles of law on its actions as on those of each and every citizen. That way, the state’s monopoly on producing cash would come to an end and the citizen wouldn't need to worry that he may be deprived of his cash against his will.

Despite Our Own Inflation, the Dollar Dominance Takes Down the Yen and Euro

Even though the Fed has been inflating the US dollar with impunity, neither the yen nor the euro can challenge the...