A Case for the Inflation Camp 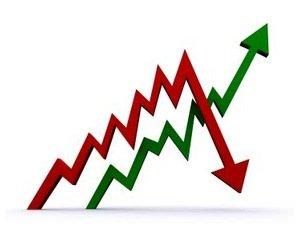 12/14/2009Robert P. Murphy
One of the more awkward situations facing Austrian economists today is that we are divided on whether to expect price deflation or inflation. Although it's good that we publicly disagree with each other — rather than bury our disagreements to reassure the lay public that we know what we're talking about — it's nonetheless unsettling that our prognoses for the US dollar are so divergent.

Back in July, I took Mike Shedlock (a.k.a., "Mish") to task for warning his readers of an impending price deflation. I thought the real threat was a rapid loss in purchasing power, and I explained why Mish's focus on credit was in my opinion inconclusive. I would like to be able to say that one of us has since been proven wrong, but so far the evidence is mixed. As one of Mish's followers told me, 2010 will be decisive — and if prices only move modestly one way or the other, Mish and I both will be wrong.

In the present article I want to reiterate why I view rising prices as the real threat. I also want to point out some problems for the deflation camp.

Rising Prices Are Still the Threat

First off, I want to acknowledge that earlier this year, I was warning of large rises in consumer prices. Although the average Joe is wrong for thinking we are currently in a deflationary trap (as I'll show in a moment), obviously I was too alarmist in my predictions. So I should at least explain what I think went wrong.

What happened is that Ben Bernanke put the brakes on the supply of money held by the public, measured by aggregates such as M1 or M2. As you can see in this figure below, the quantity of money held by the public — in checking accounts, currency in their pockets, and other very liquid forms — rose sharply at the end of 2008. At the same time, Bernanke allowed the "monetary base" (which includes bank reserves held on deposit with the Fed itself) to explode.

The reader may recall that at the end of 2008 and early 2009, major politicians were calling on the banks to expand loans and hence justify the huge bailouts they received. After all, the ostensible purpose of the bailout, Paulson told us, was to allow small businesses to have access to credit. I foolishly believed that the growth we saw in M1 and M2 at the end of 2008 would continue, and that's why I was warning of large price inflation in 2009.

Yet as the chart above shows, Bernanke has held M1 at its new level for some months now, and there is a similar pattern for M2. Even though many people think that the Fed is spewing gushers of new money into the economy daily, that's not really accurate. It's true that the monetary base continues to reach new highs, but most of that new money is bottled up in the banks' own checking accounts (as it were) on deposit with the Fed.

My reason for expecting large-scale price inflation is fairly straightforward: I see no coherent strategy for Bernanke to remove the excess reserves from the banking system. A plan to sell off the assets on the Fed's balance sheet (and thereby drain some of the reserves out of the system) doesn't reassure me because (a) I don't think Bernanke would have the guts to do it and thereby crash the housing market; and (b) the Fed would have to sell its newly acquired assets at a loss from what it paid for them, meaning there would still be excess reserves it couldn't sop up.

Another strategy the financial analysts and Fed officials discuss is the new "tool" of paying interest on bank reserves held on deposit with the Fed. The idea is that once banks relax and see fairly safe investments yielding 4 or 5 percent, they will want to use some of their excess reserves (currently parked at the Fed) to take advantage of the opportunities. In order to keep those reserves from working their way back into the hands of the general public (where they can start pushing up prices), the Fed will have to raise the interest rate it pays to persuade the banks to keep the reserves parked at the Fed. But this simply postpones the day of reckoning, as the troublesome stockpile of excess reserves grows even faster.

When Will the Inflation Genie Get Out of the Bottle?

Of course, nobody knows for sure what prices will do in the future. In particular, if there is a major terrorist attack or another financial crash, it's entirely possible that investors worldwide will flock back into relatively safe US Treasurys and thereby push up the US dollar on the foreign exchanges. However, I still think the general outlook is for a falling dollar and rising consumer prices.

Ironically, the trend is already here. As the chart below shows, consumer prices as measured (imperfectly) by the CPI have been steadily rising all year.

This might be puzzling to readers who rely on the financial press. In the typical article in 2009, the press would report that the previous month's price level was 0.2 percent higher than the preceding month's, but would convince the reader that "inflation is still tame" by pointing to year-over-year changes. For example, the Bureau of Labor Statistics (BLS) informed us last month that October's prices were 0.3 percent higher than in September, but that they were still 0.2 percent lower than consumer prices back in October 2008.

Although technically accurate, this practice of citing the year-over-year declines in the CPI has been very misleading. What really happened is that CPI fell extraordinarily quickly in the last three months of 2008. But the collapse bottomed out in December 2008, and the CPI has risen in almost every month since then. Looking at just the raw CPI numbers, consumer prices have risen a cumulative 2.8 percent this year, and that's only based on the first 10 months of data.

Come December 16, the government will release the data for November's CPI reading. At that point, we will have moved over the hump of the huge price drops in late 2008, meaning that the year-over-year comparisons will suddenly flip into positive territory. For example, if November's prices rise above October's prices at the same average rate as has occurred so far this year, then the BLS will say that consumer prices are up 1.7 percent from November 2008.

The real fun will come in mid-January, when the BLS has to issue the numbers for December's prices. At that point the full CPI drop in late 2008 will have worked its way through the 12-month window, and the public will finally realize just how far prices have been rising. Again, if we simply plug in the average price hikes so far in 2009, the government will report in January that the December 2009 CPI was a full 2.7 percent higher than prices from a year earlier. Thus in two short months the public will snap from thinking we are still stuck in deflation to realizing that official price measures have been rising for quite some time.

It's true, in the grand scheme a 3-percent annual CPI rise is nothing to lose sleep over. However, I believe the one thing that has forestalled absolute panic in the financial markets is that investors have seen with their own eyes that prices aren't exploding. In fact, most investors probably think that we are still perched on the edge of a deflationary cliff. So once it's clear that CPI has been rising at a decent clip for a full year, the spell just might be broken and dollar holders might run for the exits. If and when that flight from the dollar begins, the banks will want to follow suit with their more than a trillion dollars in excess reserves, and then Bernanke will have some weighty soul-searching to do.

Problems for the Deflation Camp

I have talked with many people who are very knowledgeable and come down squarely in the deflation camp. In particular, even many die-hard fans of Austrian economics and Ron Paul have debated me on the topic — including Vijay Boyapati. I don't mean to suggest that these people are idiots or ignorant of Austrian monetary theory; they aren't. I would love to think, as many have suggested, that despite Bernanke's efforts to inflate, the collapsing asset bubble has overwhelmed him. I just don't think that's what's happening.

As I understand it, the central argument of the deflation camp is that, in our economy, new money is created primarily through the creation of new bank loans. Since the banks are already in such a shaky position, they are hardly going to make new loans in this environment. Thus, no matter how much the Fed pushes, we won't see an actual expansion of overall buying power until consumers and businesses work off the huge debt overhang and become comfortable spending money on purchases (as opposed to paying down debt).

But why haven't we seen prices fall steadily throughout 2009? As the chart below shows, the credit crunch hit businesses in late 2008 and consumers a few months later; but it has stayed constant ever since.

So if it's the contraction of credit that is supposed to drive falling prices, why did the CPI bottom out in December 2008? Why has it risen fairly steadily all year?

I was recently on a conference call with a group of asset managers, most of whom were in the deflationist camp. When I made these points, they said that the total CPI has risen, yes, but that it was driven by rising commodity prices. If we focus on the "core" CPI (which excludes food and energy), then the CPI hasn't risen nearly as much in 2009, showing just how weak consumer spending has been.

Fair enough, but by the same token the so-called core CPI never fell substantially, either. The reason people thought we were in a deflationary trap last year was that oil and other commodities fell quite sharply. As the chart below shows, if you just looked at core CPI, you wouldn't realize there was an enormous collapse in late 2008.

So it's true that focusing on core CPI can take away some of the problem for the deflationist by reducing 2009's price hikes, but then it also wipes away much of the collapse in prices at the end of 2008. Thus the deflationist must still explain: if the credit crunch has been in strong force for a full year — and this is what will drive a Japanese-style deflation — why haven't we seen it kick in yet?

After reviewing the evidence and the theories offered by the two camps, I still believe that Bernanke's unprecedented infusions of new reserves will lead to rapid price increases. These increases may not show up in the price of US financial assets, but they will rear their ugly heads at the gas pump and grocery checkout. Moreover, I think the genie may already be slipping out of the bottle. His escape will only be hastened once the year-over-year CPI figures show moderate inflation.