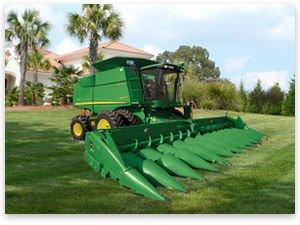 "This 'trifling' issue of capital suitability that so annoys the Keynesians is the very basis of market success or failure."

Business capital is the ticket to riches. True enough. After all, business capital conveys inputs from lower to higher value to eventually satisfy consumer demand. The more capital you own, the more demand you satisfy, the more cash conveys to your pocket. Simple enough.

But what business capital should you own? Amazing how this simple query is swept to the corner by college professors and economists who proselytize the need to lower interest rates to stimulate business demand. Where to invest is a trifling, if not meaningless, point. To the nincompoop any investment is a good investment.

To the actual investor, where to invest and what to own is the supreme question; business capital in the wrong hands is as much liability as asset. A reductio ad absurdum illustrates my point: I borrow $400,000 to buy a new John Deere 9870 STS combine. From the outside it appears as if I have a $400,000 asset on the books, offset by a $400,000 increase in long-term debt. From the inside, there is no offset. I have a $400,000 liability. I am no farmer. I have no idea how to profitably employ the combine.

This "trifling" issue of capital suitability that so annoys the Keynesians is the very basis of market success or failure. A farmer with sufficient acreage and sufficient wheat density might turn the John Deere 9870 STS into a moneymaker. A John Deere 9870 STS in my hands is at best an HOA covenant violation, and more likely a millstone leading to bankruptcy.

A denizen of the suburbs purchasing a combine and a bank lending for the purchase is folly, until the curtains are drawn and motivation is understood. What if a world food shortage were conjured from grain diverted to government-subsided ethanol? What if the Federal Reserve flooded the economy with cheap money? What if the farm-machinery lobby had persuaded government that there was too little investment in farm machinery, so $50,000 rebates and loan guarantees on combines were needed? What if combines were appreciating 14 percent annually?

To the politically connected, though, mission accomplished. More investment occurred: a combine in the hands of a suburbanite, a collator in the hands of a farmer, a car wash in the hands of a dentist. It didn't really matter; it was all capital, capital that generated a spurt of additional tax revenue and permanently raised the tide of government spending while creating a horde of misery by those fooled by false market signals.

Austrians know that allocation matters, and successful allocation is hardly assured, even when prudence and logic rule.

Consider the stock market: Benjamin Graham's and David Dodd's value-investing urtext, Security Analysis, written in 1934, revealed that a conservative financial structure coupled with rising dividends and earnings and a low price-to-earnings ratio more often than not produced remunerative outcomes. Graham and Dodd unearthed that conclusion after parsing thousands of company reports and painstakingly performing the arithmetic to see where companies stood.

Security Analysis provides a sturdy investing foundation, but it is unable to build the actual structure, which is more often lean-to than skyscraper. If Security Analysis could offer more than a foundation, then many investors' wealth would approach that of Ben Graham's most prolific pupil, Warren Buffett. Millions of words — as both hagiography and exegesis — have been devoted to Buffett, and yet no one has replicated his success.

The past is impossible to repeat, and yet government and corporate hegemony focus mostly on the past: neither is able to fathom the future or the unseen, so both are concerned with further entrenching what's known to ensure overinvestment in what's known — automobile production, banking, farming, alternative energy.

Fortunately, survival through rent seeking and corporatism eventually fails. Unfortunately, it prolongs the agony and directs capital away from life-forwarding, market-driven entrepreneurial allocation (much of which will also fail but much less destructively so).

The problem, in short, is confusing case probability and class probability. Entrepreneurship is the former, but capital allocation is often promoted as the latter. College professors routinely force students to perform scenario analysis, which involves manufacturing deceptive probabilities of success. Former CEOs of many large corporations have fooled many middle managers into believing they have divine prescience simply because they had a run of good luck. Their dictated autobiographies are not only vessels for self-aggrandizement but for ruinous managerial practices.

In Blink: The Power of Thinking Without Thinking, Malcolm Gladwell recounts a story from George Soros's son, who said, "My father will sit down and give you theories to why he does this or that. But I remember seeing it as a kid and thinking, At least half of this is bull. I mean, you know that he changes his position on the market or whatever is because his back starts killing him."

The quote is insightful — entrepreneurial success fails to adhere to class-probability calculation — but also misleading. Gladwell fails to differentiate the regimented analysis of neophytes with the intuition of savvy professionals. Many successful intuitive decisions are backed by years of experience and erudition, which go undocumented. 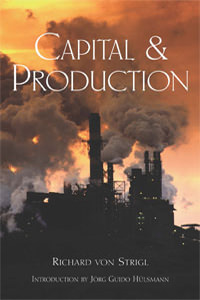 The impossibility of documenting and replicating success is too often lost on managers, bureaucrats, and entrepreneurial wannabes. In fact, the more you attempt to mimic the actions of a successful entrepreneur, the more likely you are to fail. Time, circumstances, coincidences, technology, epochs that enabled one entrepreneur to accumulate a fortune, won't exist for the next entrepreneur.

Nothing is certain, but entrepreneurship is less uncertain when entrepreneurs are led by the market, not its backward-focused manipulators.

That takes me back to the question of what entrepreneurial sagacity is.