GET NEWS AND ARTICLES IN YOUR INBOXPrint
A
A
Home | Mises Library | Can the State Reduce Poverty?

Can the State Reduce Poverty? 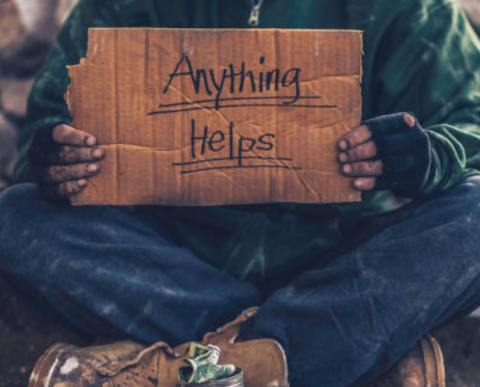 [A selection from The Conquest of Poverty.]

From the beginning of history, sincere reformers as well as demagogues have sought to abolish or at least to alleviate poverty through state action. In most cases their proposed remedies have only served to make the problem worse.

The most frequent and popular of these proposed remedies has been the simple one of seizing from the rich to give to the poor. This remedy has taken a thousand different forms, but they all come down to this. The wealth is to be "shared," to be "redistributed," to be "equalized." In fact, in the minds of many reformers it is not poverty that is the chief evil but inequality.

All schemes for redistributing or equalizing incomes or wealth must undermine or destroy incentives at both ends of the economic scale. They must reduce or abolish the incentives of the unskilled or shiftless to improve their condition by their own efforts; and even the able and industrious will see little point in earning anything beyond what they are allowed to keep. These redistribution schemes must inevitably reduce the size of the pie to be redistributed. They can only level down. Their long-run effect must be to reduce production and lead toward national impoverishment.

The problem we face is that the false remedies for poverty are almost infinite in number. An attempt at a thorough refutation of any single one of them would run to disproportionate length. But some of these false remedies are so widely regarded as real cures or mitigations of poverty that if I do not refer to them I may be accused of having undertaken a book on the remedies for poverty while ignoring some of the most obvious.

The most widely practiced "remedy" for low incomes in the last two centuries has been the formation of monopolistic labor unions and the use of the strike threat. In nearly every country today this has been made possible to its present extent by government policies that permit and encourage coercive union tactics and inhibit or restrict counteractions by employers.

As a result of union exclusiveness, of deliberate inefficiency, of featherbedding, of disruptive strikes and strike threats, the long-run effect of customary union policies has been to discourage capital investment and to make the average real wage of the whole body of workers lower, and not higher, than it would otherwise have been.

Nearly all of these customary union policies have been dishearteningly shortsighted. When unions insist on the employment of men who are not necessary to do a job (requiring unneeded firemen on diesel locomotives; forbidding the gang size of dock workers to be reduced below, say, twenty men no matter what the size of the task; demanding that a newspaper's own printers must duplicate advertising copy that comes in already set in type, etc.), the result may be to preserve or create a few more jobs for specific men in the short run, but only at the cost of making impossible the creation of an equivalent or greater number of more productive jobs for others.

The same criticism applies to the age-old union policy of opposing the use of labor-saving machinery. Labor-saving machinery is installed only when it promises to reduce production costs. When it does that, it either reduces prices and leads to increased production and sales of the commodity being produced, or it makes more profits available for increased reinvestment in other production. In either case its long-run effect is to substitute more productive jobs for the less productive jobs it eliminates.

A similar judgment must be passed on all "spread-the-work" schemes. The existing Federal Wage-Hour Law has been on the books for many years. It provides that the employer must pay a 50% penalty overtime rate for all hours that an employee works in excess of 40 hours a week, no matter how high the employee's standard hourly rate of pay.

This provision was inserted at the insistence of the unions. Its purpose was to make it so costly for the employer to work men overtime that he would be obliged to take on additional workers.

Experience shows that the provision has in fact had the effect of narrowly restricting the length of the working week…. But it does not follow that the hour restriction either created more long-term jobs or yielded higher total payrolls than would have existed without the compulsory 50% overtime rate.

No doubt in isolated cases more men have been employed than would otherwise have been. But the chief effect of the overtime law has been to raise production costs. Firms already working full standard time often have to refuse new orders because they cannot afford to pay the penalty overtime necessary to fill those orders. They cannot afford to take on new employees to meet what may be only a temporarily higher demand because they may also have to install an equivalent number of additional machines.

Higher production costs mean higher prices. They must therefore mean narrowed markets and smaller sales. They mean that fewer goods and services are produced. In the long run, the interests of the whole body of workers must be adversely affected by compulsory overtime penalties.

All this is not to argue that there ought to be a longer work week, but rather that the length of the work week, and the scale of overtime rates, ought to be left to voluntary agreement between individual workers or unions and their employers. In any case, legal restrictions on the length of the working week cannot in the long run increase the number of jobs. To the extent that they can do that in the short run, it must necessarily be at the expense of production and of the real income of the whole body of workers.