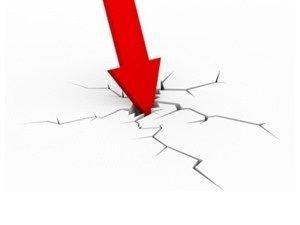 Japan, currently the world's third-largest economy, has had zero growth for 20 years. A good case can be made that the United States has had zero growth for ten years, because the so-called growth of the first decade of the new millennium now appears to have been phony. All of those houses were built at a loss, losses that we are only now recognizing. We have yet to plumb the total extent of the rot.

The causes of the worldwide crisis are hardly debatable. Governments everywhere spent vast sums while forcing their central banks to keep interest rates low. The increased spending went to nonproductive transfer payments and to subsidize government's social-improvement plans — most notably, in the United States, anyway, the ideal that every man deserves to own his own home.

So, Uncle Sam, how did that work out? Well, the damage is done, and now the task at hand is to get back to work to rebuild the capital that was wasted — or, as we Austrian economists say, malinvested.

Unemployment is high, which, according to Austrian theory, is to be expected. It takes time for laborers to find new jobs in new industries. People may have to learn new skills or move, and they will be reluctant to do so until other, less disruptive alternatives, have been exhausted.

Government has no idea what opportunities exist for labor. Therefore, it should do nothing to prevent labor from redeploying as quickly as possible. As harsh as the idea may seem, unemployment insurance payments actually slow down this essential process and must be stopped.

Victims of a Failed Economic Theory

This is the simple version of the Keynesian definition of gross national product. It is the sum of Consumer spending plus Investment plus Government spending.

Keynesian theory maintains the destructive idea that spending is all-important. By viewing the GNP equation, one can easily see why Keynesian economists, who control the levers of government, believe that it is possible to "stimulate" the economy with government money.

When consumer spending and investment drop, GNP must fall downward unless government increases its spending. We have had one massive, trillion-dollar spending spree, a cash-for-clunkers program, and more bailouts of failed businesses than I can count — and yet, the economy continues in the doldrums.

Ominously, the Obama administration is now considering yet another trillion dollar stimulus! Why won't this work?

Government Spending Is a Parasite on the Private Economy

In olden days, no one would have accepted the argument that the king could help his nation's economy by increasing his spending. The king's spending was funded by taxes from the people. It is the same today, notwithstanding the eyewash of central bank manipulations of its manufactured paper money.

All government spending is parasitical. The less government we have the better off we are. No one would claim that an increase in crime (thus making more police necessary) or an increase in international tensions (making a larger military necessary) would be good for an economy. We are all better off when people are honest and other nations are friendly so that we do not need to provide resources for more police and a larger army. We would much prefer that our sons and daughters produce goods and services that improve the quality of our lives rather than standing sentry on America's frontiers at our expense.

Government programs that do not provide essential security services are especially illogical. For example, paying people not to work, which is the consequence of unemployment insurance, must come out of funds that would have otherwise employed people. Indeed, all government welfare programs are funded by the private sector and do not, as the Keynesian equation might imply, add to the nation's wealth. The funds for these programs come out of the private economy and further stifle its ability to increase the nation's wealth by reducing capital formation.

Can We Get Ahead by Picking Each Other's Pockets?

Caring people often feel it is necessary to lobby the government for more funds for charity — even if taking from some at gunpoint to give to others is morally questionable — but they cannot and should not claim that providing such funds is anything but harmful for any economy. Once the government gets the power to tax for the purpose of alleviating poverty, there is no logical stopping point. The people will demand further expansion of these programs, not because they believe them to be worthwhile, but because they feel victimized and want some of their money back in the form of benefits.

The common man may not know the term "tragedy of the commons", but he knows it when he sees it. As the scramble for public resources ensues, however, another economic phenomenon kicks in: the fallacy of composition, which states that what benefits one segment of the economy at the expense of everything else cannot possibly prove beneficial for the economy as a whole. Put simply, we cannot all subsidize each other and come out ahead. While most want to be subsidized by others without having to pay anything in return, special interests from all sides ensure that the looting becomes universal.

Keynesianism institutionalizes the tragedy of the commons and believes that the fallacy of composition does not apply. It ignores the fact that government spending must come either from tax dollars or from the printing presses, both of which harm the common man. Instead, Keynesianism promises that we can all pick one another's pockets — and all get rich doing it!

The only solution is to declare Keynesianism as dead as its author, end all parasitical government spending, and free the economy from the tyranny of bureaucrats armed with restrictive regulations. The latter is crucial, for to end welfare spending without freeing man from the straightjacket of the regulatory state would be to free him to starve.

In a free market economy, where each man is free to cooperate with all other men on mutually agreeable terms without harming others, prosperity and peace will prevail. It is the sure road to our economic salvation. Cuts in government spending are not "austerity programs," as the mainstream media so often states, but rather are acts of economic liberation. Let's bury that C + I + G = GNP baloney — and get back to work.