The Bridge of Asses 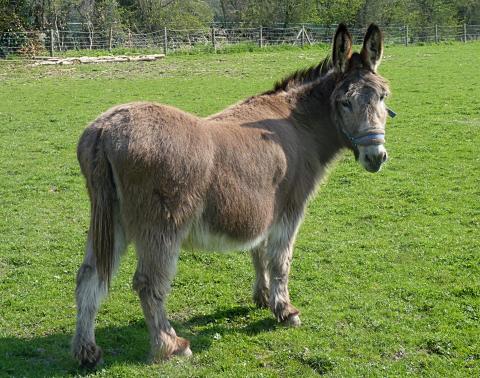 Many states have enacted higher minimum wage laws than are imposed by the federal government. The federal minimum is $5.15 per hour, whereas in Washington State it will soon be $7.16. A proposal in Madison, Wisconsin, would raise it to $7.75. "Living wage" legislation in 110 local governments imposes wages as high as $10. Senator Kennedy is supporting a bill that would boost it nationally to higher than $6. In Britain it is $7.20 per hour, while Venezuela and Russia set minimum wages by the month.

Senator Kennedy says that these laws are essential to make sure that no working person lives in poverty, which is a strange thing to say, if you think about it. The reason a person works is precisely so that the person will not live in poverty. The minimum wage law does nothing but specify the floor below which a person may not work, and thus it can only, on the margin, increase the likelihood of poverty. If the key to eliminating poverty were more severe laws, why not forbid people from working for less than $100 per hour?

Economic libertarians focus on the fallacy of minimum-wage legislation because the issue serves as a window through which to observe the very soul of a policy world view. It is the pons asinorum of the relationship between economics and politics. If the free market works—meaning the existence of exchange under private property and contract enforcement—then there is no need for such laws; indeed, such laws do violence to the market. If, on the other hand, we need such laws to guard against exploitation and to boost living standards, there is every reason for all-round central planning.

If economic libertarians can convince someone to give up support for the minimum wage (and such laws enjoy massive public support), the rest falls into place. After all, the wage is but a price for labor services, a price that works like any other in the sense that it is subject to the laws of supply and demand. The employer wants to pay zero, while the employee wants $1 million per hour. The actual market wage results from economic forces that turn these seemingly irreconcilable demands into a cooperative contract that benefits everyone.

So it is with all economic transactions. The buyer wants to pay zero and the seller wants the highest price possible. But reality intervenes to curb these initial impulses. Economic actors are constantly faced with limited means, including money and time. Because of these limits, actors face competing demands. This competition between alternative uses of resources brings into play certain dynamics that cause the seller to realize that he can't charge too high a price and the buyer to realize that he can't pay zero.

In the labor contract, the seller is the laborer hawking his labor services, while the employer is the buyer purchasing such services. If you want to understand the psychology of the employer faced with a hiring decision, imagine your attitude as you shop in any retail outlet. You examine the goods and compare the benefits you will receive from paying what the seller is asking in exchange. You want to economize on resources—an impulse that is praiseworthy because it leads to minimizing waste. Why should we expect any less of the employer, who similarly wants to economize?

Now, again, it is always true that the buyer wants to pay less than the seller is offering, while the seller always wants more. So too in the labor contract: the seller of the labor services (no, the laborer does not actually sell himself, so let's hear none of this rhetoric about how you can't put a price tag on people) always wants more, while the buyer of labor services always wants to pay less (no employers are not unusually penurious; they are no different from any buyer in the marketplace). The wage is nothing but a compromise between these two demands in light of existing realities.

What are the existing realities? There are many. There is the quality of the services to consider. Will this person make a contribution to the overall profitability of the firm, if not now then after a period of time? How much of a contribution will the person make compared with how much employing the person will cost in terms of others' time and company resources? Will the person stick around so that it is worth putting in the time to train the person? Does the person in question have a history and the credentials that minimize the risk to the employer? Is this person likely to be litigious and bring lawsuits crashing down on the company?

Another major factor that weighs on the buyer's decision is the reality that the seller (the laborer) faces a huge range of buyers to whom his or her services could be offered. There are always competing demands on time. The employer must make an offer good enough to draw the potential employee away from whatever other things he or she might otherwise be doing, whether it is working for someone else or just lazying around the house.

To make the contract work, it is essential that both parties to the exchange have maximum flexibility. If the worker is brilliant and experienced, he can viably put a high price on his services. If he has to change occupations and is trying to gain new skills, is just starting out in the workforce, or is disabled in some way, he may need to start the bargaining process with a much lower than average wage offer. He might even want to begin with an unpaid apprenticeship. In fact, he might want to begin with a "negative wage"—that is, arranging for a parent or someone else to actually pay the employer to hire the person.

Now, let's return to the minimum wage. Most of the discussion concerning these laws focuses on the impact on the business owner. But the really important point concerns the effect on the worker. It amounts to the government coercively limiting the price that the seller of labor services can offer on the market. It says to the worker, in effect: you may not offer too low a price for what you have to offer or else the government will show up and crack some skulls. Thus it doesn't do any favors to the worker; instead it removes the control that the person has over the conditions under which he or she may offer to work.

The worker who decides to start a new career or is just beginning in the marketplace thus faces a limited range of options. There are conditions under which it could amount to shutting the person out of licit employment altogether and instead force the person to work in the underground economy. It could force him to be unemployed and be permanently shut out of the marketplace so that not even labor data know he exists. It could impose on him the mandate to only work in professions that earn the highest salary rather than pursuing some other line of work that may pay less in the short run on the bet that it will eventually pay more in the long run.

In discussions of the minimum wage, the question always arises: does it lead to unemployment as measured by the data? What follows is a blizzard of studies, some showing that unemployment goes up after the laws are passed, some seeming to show no change, and even some seeming to show that unemployment goes down. What all these amount to is an elaborate and fallacious leap that purports to show that because one event followed another, the latter event must have necessarily been caused by the former. Human engagement in a market setting is actually too complicated to be captured by such statistical manipulations.

What these studies cannot show are the invisible effects of such laws. How many jobs were held onto because the minimum wage limited the workers' options? How much extra productivity was required of marginal workers because the employer was forced into hiring people who might otherwise produce less than they are paid to produce? How many people have moved out of mandatory high-wage areas into areas where wages are more flexible? How many workers might otherwise be hired were it not for the existence of minimum wages?

We can know via logic that the minimum wage leads to less hiring at rates below the minimum wage than there would otherwise be in absence of the laws. There should be no question that this is the case, since this is precisely what the laws are supposed to do. This is why unions are the top advocates of minimum wage laws even though very few of the union rank-and-file earn the minimum wage. Clearly, they are trying to keep a lock on the job market and limit competitive pressure from low-wage workers. Can all of these forces be illustrated in the politicized "studies" trotted out to show that the minimum wage causes no harm? Not in any way. In an economy driven by the choices of human beings, statistical data cannot reveal all.

The debate over minimum wage laws goes to the very core of how we view the relationship between economics and politics. Politicians who enact these laws imagine themselves as central planners magically bringing compassion and high living standards into being with the stroke of a pen. People who support the laws have a flawed view of the market process that sees exploitation behind all exchange relationships. Unions that back them are selfishly using the political process to enrich themselves at others' expense.

Only economic libertarians understand the actual reality: the minimum wage is a violent imposition on the freedom of association that harms all of society in the long run. The US has been blessed by the fact that pressure to increase the minimum wage has been resisted at the federal level for many years. If we care about reducing unemployment and retaining the conditions for future prosperity, we had better not make the mistake of increasing it. If Congress had any economic sense, it would repeal all these laws forthwith.