GET NEWS AND ARTICLES IN YOUR INBOXPrint
A
A
Home | Mises Library | Big Business, War, and Rothbard’s Class Analysis 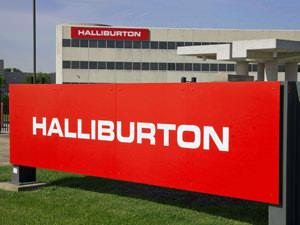 This selection is from Justin Raimondo’s 1995 introduction to Rothbard’s monograph Wall Street, Banks, and American Foreign Policy, in which Rothbard further develops libertarian class analysis in an examination of how “big business” and other monied elites have consistently controlled American domestic and foreign policy to the detriment of free markets.

Rothbard eagerly reclaimed the concept of class analysis from the Marxists, who expropriated it from the French theorists of laissez-faire. Marx authored a plagiarized, distorted, and vulgarized version of the theory based on the Ricardian labor theory of value. Given this premise, he came up with a class analysis pitting workers against owners.

One of Rothbard’s many great contributions to the cause of liberty was to restore the original theory, which pitted the people against the State. In the Rothbardian theory of class struggle, the government, including its clients and enforcers, exploits and enslaves the productive classes through taxation, regulation, and perpetual war. Government is an incubus, a parasite, incapable of producing anything in its own right, and instead feeds off the vital energies and productive ability of the producers.

This is the first step of a fully-developed libertarian class analysis. Unfortunately, this is where the thought processes of all too many alleged libertarians come to a grinding halt. It is enough, for them, to know the State is the Enemy, as if it were an irreducible primary.

As William Pitt put it in 1770, “There is something behind the throne greater than the king himself.”

This explains the strange historical fact, recounted at length and in detail by Rothbard, that the biggest capitalists have been the deadliest enemies of true capitalism. For virtually all of the alleged social “reforms” of the past fifty years were pushed not only by “idealistic” Leftists, but by the very corporate combines caricatured as the top-hatted, pot-bellied “economic royalists” of Wall Street.

The neoconservative Right depicts the battle against Big Government as a two-sided Manichean struggle between the forces of light (that is, of capitalism) and the remnants of largely discredited Leftist elites. But Rothbard’s historical analysis reveals a much richer, more complex pattern: instead of being two-sided, the struggle for liberty pits at least three sides against each other.

For the capitalists, as John T. Flynn, Albert Jay Nock, and Frank Chodorov all pointed out, were never for capitalism. As Nock put it:

It is one of the few amusing things in our rather stodgy world that those who today are behaving most tremendously about collectivism and the Red menace are the very ones who have cajoled, bribed, flattered and bedeviled the State into taking each and every one of the successive steps that lead straight to collectivism. [“Impostor Terms,” Atlantic Monthly, February 1936]

The New Deal economic policy was, as Rothbard demonstrated, prefigured by Herbert Hoover, champion of big business, and foreshadowed in the reforms of the Progressive era. As the revisionist economic historians, such as Gabriel Kolko, have shown, those who regulated the great industries in the name of progressive “reform” were recruited from the very cartels and trusts they were created to tame.

And of course the monopolists didn’t mind being tamed, so long as their competitors were tamed (if not eliminated). Every giant leap forward of economic planning and centralization — central banking, the welfare state, “civil rights,” and affirmative action — was supported if not initiated by the biggest and most politically powerful business interests in the country.

Giant multinational corporations, and their economic satellites, in alliance with governments and the big banks, are in the process of extending their influence on a global scale: they dream of a world central bank, global planning, and an international welfare state, with American troops policing the world to guarantee their profit margins.

After the long battle to create a central bank in the U.S., the high priests of high finance finally seized and consolidated control of domestic economic policy. It only remained for them to extend their dominance internationally, and for this purpose they created the Council on Foreign Relations, and, later, the Trilateral Commission. These two groups have been seized upon by the new populist Right as the virtual embodiments of the Power Elite, and rightly so. It is only by reading Rothbard, however, that this insight is placed in its proper historical perspective. For the fact of the matter is that, as Rothbard shows, the CFR/Trilateralist network is merely the latest incarnation of a trend deeply rooted in modern American history. Long before the founding of the CFR or the Trilateral Commission, there was a power elite in this country; that elite will likely endure long after those organizations are gone or transmuted into something else.

Rothbard’s unmasking of the historical and economic roots of this trend is vital in understanding that this is not a “conspiracy” centered in the CFR and the Trilateralist groups, as such, but an ideological trend traditionally centered in the Northeast, among the upper classes, and deeply rooted in American history.

Justin Raimondo is the editorial director of Antiwar.com and author of Reclaiming the American Right.