Biebermania and Its Lessons for Our Time 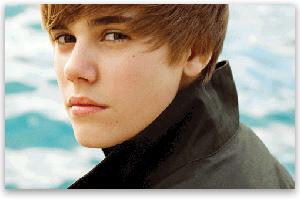 My musical interests are rooted in history from a half-millennium ago, and so I probably carry around some cynicism concerning contemporary pop music. I had thereby assumed that Justin Bieber was just another industry-created, auto-tuned pop icon manufactured for popular consumption just like soap or the latest footwear fashion.

Surely every generation needs its teen heartthrob, and Justin Bieber became the chosen one for this time and place; if not this guy, it would be the next guy, and who really cares?

Perhaps I just don't know anything about this industry. Or perhaps all my assumptions about this sector are laden with a kind of intellectual bias. I had images of a moguls looking through picture albums and settling on one kid to make a star.

How wrong I was. The feature-length film Justin Bieber: Never Say Never shows how and why. It just blew me away as a movie in its own right but also as pure biography.

It turns out that this kid is incredibly talented, wholly deserving of his fame and fortune. And the story of his meteoric rise to the top — from first song release to megastar bestriding the globe as a colossus in little more than one year — is really a story of how digital media has, as never before, put the star-making power squarely and directly in the hands of listeners.

To say that he had humble beginnings is a real understatement. He was raised in rural Stratford, Ontario, by a very young single mom (Patricia Lynn Mallette; the Bieber name comes from the father, who remarried) who worked in low-paying jobs to provide for him. Mom was all about supporting him but the energy and relentless forward push of his career clearly comes from within Justin himself. This kid is a powerhouse of energy and ambition; he never stops performing and improving.

His talent was very obvious from a very young age. Home videos show him pounding out with his hands complex rhythms on chairs. He taught himself drums, piano, guitar, trumpet — and he manages genuine competence on each of these instruments (and he did all of this while playing sports). But his real talent is vocal.

Like great pop stars from Elvis to Elton, he has his own signature embellishments, flourishes, and ornamentation that are entirely his own and can't be easily replicated by others. This is not an industry-created voice; it is the real deal. He has what is called natural talent, an overused phrase that rarely applies but does in this case.

There is a scene in the film from the world tour of 2010 that really needs to be appreciated for what it means about the singer and his talent. He is singing in a sold-out Madison Square Garden. There is a giant steel heart prop with a chair in the middle and he sits in it, holding just an acoustic guitar. The heart prop lifts up and begins to float around high in the air, hovering over the 20,000 people who had come to hear him. Absolutely alone, just his voice and that guitar, he sings his song from start to finish — again, floating around in the air and singing for multitudes.

There are a number of aspects of this that reveal just how special he is. Very few pop stars can actually sing that well, and hardly any can sing without any back-up instruments and maintain a pitch. This alone is really something — something of a lost art in our times. And yet he is able to do this and also play the guitar and render the entire song with a smashing level of emotional intensity and beauty. From the point of view of sheer artistry, this compares with the finest diva moment at the Metropolitan Opera — and he did this at the age of 15.

Anyone who puts down his ability or his voice or dismisses this kid as just another teenage fraud needs to see this and appreciate just what it takes to pull off a stunt like this. There are very few people alive on the earth who could do this in such a high-pressure environment. It is also a testament to the confidence that his managers and handlers have in his talent that they program stunts like this at all — this is a very high-risk trick, and yet they know with certainty that he can pull it off.

Here is a homemade video of the moment (note that no one seems to be demanding that it come down) complete with the usual crowd cacophony:

For this reason, the attempt to dismiss this guy as just another product manufactured by the pop-music industry is seriously unfair. Yes, he has great backing and his mega talent has attracted the best of the best to help with choreography, lighting, promotion, music writing, instruments, backups, and much else. But it is a mistake to reverse the causality here: it is Justin who has provided them the opportunity and not the reverse. Without the star, the vast apparatus that has gathered around him would wither and die.

This kid has oceans of talent and stamina — nerves of steel combined with enough charm to light up a stadium.

And yet, as with anything successful in the market economy, the driving force of Biebermania really is the fans, and here we find something very different from any previous examples of pop mania. Justin was born in 1994, the year that Netscape released its web browser for download on the Internet. This was the same year that the web as we know it was born. Both Justin and Bierbermania grew up in a world of digital media, which is the most user-responsive vehicle for mass organizing ever conceived.

Understanding this, the Bieber team works very hard to be constantly solicitous of its fan base, surprising people with free tickets to concerts, putting lucky fans on stage with the star himself, and constantly cultivating his digital base. They are not to be taken for granted. Justin pushes himself to the limit and then some, doing exhausting shows night after night.

Justin first attracted the attention of promoter Scooter Braun in 2008 through his YouTube videos alone. Scooter had taken notice both of his talent and also the growing number of views that his videos were getting. But industry muckamucks gave him the cold shoulder for the same reason they have otherwise been behind the technological curve. Justin and Scooter fought back by visiting radio stations and performing live in studio. The crowds grew with his fame, until his star quality became undeniable.

This was only three years ago, but it was not obvious to industry leaders that young people were no longer shopping for CDs at record stores, much less watching television or even listening to radio. The Internet was their hangout; this is what Scooter understood and others did not.

Since then, the Bieber YouTube channel has been the platform of choice. It has 824,748 subscribers. The top viewed video has an astonishing 540,827,499 views. The total upload views are 1,607,566,699 as of this writing. The channel runs ads for various things and must be a huge revenue generator. His Twitter feed has 9.6 million followers and he does this on his own, again the real thing.

The critical point here is that Biebermania went against the whole tide of the industry since its birth — the very essence of brilliant entrepreneurship. It has been a phenomenal success not by charging for access to the music but rather by giving away the music for free. It has been the spirit of generosity — both in giving away music and performing at every available venue — that has been the key to success.

Bieber is young and doesn't care a thing for antique industry biases on how to and how not to make money. He and his promoters saw the critical thing: that the most valuable commodity is public enthusiasm and that the Internet is the greatest tool in human history for generating that very thing. He has capitalized on this to become extremely rich and astonishingly famous.

In other words, Justin has won the day not by fighting against technology — as the entire recording industry has done for many decades — but rather by getting out in front of technology and pulling it along to benefit his artistic ambitions.

His career then stands as yet another case for what seems to be an immutable law of human history: people who use technology win while those who fight against technology lose — if not immediately then certainly over the long term.

The Bieber phenomenon has given rise to a huge industry and a massive social movement over the entire world. It can shut down entire cities and transportation systems. It has been the source of fashion changes in hair and clothing — and changed musical tastes too, away from dreariness toward upbeat and accessible music, which I regard as a welcome change.

"Need I point out that this entire frenzy takes place without any push from the bureaucracies and politicians who imagine themselves to be the managers of the social order?"

Need I point out that this entire frenzy takes place without any push from the bureaucracies and politicians who imagine themselves to be the managers of the social order? Apparently Justin Bieber's own politics (if you can take seriously the politics of a 17-year-old) tend toward Obamaism, but the truth is that he owes his fame and fortune to the organizing power of human action and choice. It stands as a primary example in our time of how the core anarchy of market forces can bring about an orderliness that no state can control, much less replicate.

As a final note, if we were to look for a similar phenomenon in the world of politics, the example of Ron Paul comes to mind. Here too we have a movement powered from below, and one that points to sheer intellect as the core commodity. At every opportunity, Paul promotes his single message, which is liberty. Ron Paul sells liberty just as Justin Bieber sells his music. The success of both commodities are due not to the overvaunted glory of the public sector but rather to the underappreciated capacity of individual choice to inspire and determine the course of history.