Bernie Sanders Criticizes the Fed for the Wrong Reasons 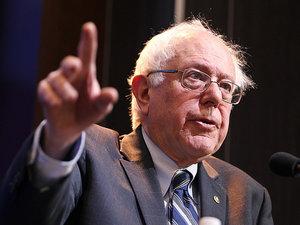 Bernie Sanders’s advice on fixing the Fed demonstrates the fact that being “anti-Fed” is not enough. One must not just be a critic of the Fed. One must also know what the Fed is doing that is bad, and what the better solution would be. Unfortunately, those of us who think that the Fed has been an engine of trouble in the US economy over the last many decades are sometimes lumped together with socialist critics of Fed policy. But the free market approach to money and banking has nothing in common with Bernie Sanders.

Sanders took to The New York Times last month to lament that the “recent decision by the Fed to raise interest rates is the latest example of the rigged economic system.” Now, perhaps it is true that the decision by the Fed is an example of rigging the system. But it is only true in a way that Sanders never intends. For Sanders, it is the suppression of interest rates that should be the goal, not their being raised. But in fact, both raising and suppressing the rates of interest is, by definition, rigging the economy.

Interest rates function in an unhampered market as a result of the interaction between creditors and debtors, capitalists and borrowers. It is the effort to change the interest rate either up or down away from the market rate of interest that constitutes a system being “rigged.”

Moreover, Sanders complains that interest rates should only be raised if and when policy officials begin to see rising prices. Since “price inflation” has been low over the last several years, the assertion is made that there should be no hurry to leave the position of near-zero interest rates. The problem of this argument — especially from the Austrian view — is that price inflation per se is not the problem, it is only one possible symptom of the problem. It is akin to arguing that the cause of internal bleeding is of no concern because there is no external wound that yet warrants a band-aid.

The problem with low interest rates, if they are low due to suppression by the central bank, is that they come about artificially; that is, they come about not because people have saved more and want to allocate their savings to investments, but rather because the banks have expanded the supply of money and credit in the economy.

But money is not wealth. Money is a claim on wealth (i.e., real resources). Thus, an expansion of the money supply gives the illusion of an increase in wealth; but in reality there are now simply many more claims to a fixed amount of wealth. This can lead to price inflation, but more importantly, it leads to the misallocation of resources to the first holders of the new money.