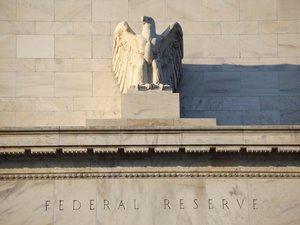 Fed officials have been busy lately spreading the view that incessantly low interest rates are symptomatic of a still-dim economic reality rather than a result of their own monetary experimentation. Indeed they are full of self-praise for not having been hasty to raise rates given the overwhelming evidence that the natural or neutral level is indeed very low. They even weep for the plight of the small saver.

But the tears are crocodile tears so long as the designers and implementers of the wildest monetary experiment in contemporary US history continue to deny in this way their lead role in creating the interest income famine. Ben Bernanke in his first blog piece for the Brookings Institution has joined the campaign to exonerate the Fed of any responsibility for the famine. This is an exercise in great deception.

Is This Time Different?

The ex-Fed chief claims that his “great monetary experiment” has been successful despite the non-appearance of strong economic expansion. Small savers suffering income famine right now is not due to monetary policy failure, we’re told, but is due to a harshness of the economic environment which has turned out to be greater than what anyone could imagine. Bernanke told a reporter at his first press conference (April 2011) that “this time would be different.”

What Bernanke meant then by “different” was that “this time” economic recovery would be vigorous due to his deploying “non-conventional” tools of monetary policy. This Fed-induced vigor would be in contrast to a history of US economic upturns following great recessions which are slow and fitful, he claimed.

Bernanke’s history lesson on that day has always been questionable in the light of 150 years of US evidence suggesting that the reverse is generally true.

Now in the midst of the slowest ever economic expansion following the Great Recession, the ex-Fed chief boasts that his particular skill was to resist the premature calls to raise short-term rates from near zero, thus preventing a relapse of the US economy into recession.

Amazingly, Bernanke, the notorious advocate of using long-term rates as a policy instrument, now contends in his blog that the Fed’s power to influence real rates of return, especially long-term real rates, is transitory and limited. The weakness of these instruments, Bernanke tells us, has little to do with the Fed and much to do with the “Wicksellian interest rate” (which he defines as the real interest rate consistent with full employment of labor and capital, perhaps after some period of adjustment).

Hence the blame for retirees able to obtain only very low rates of return on those savings does not rest with the Fed. Bernanke rejects criticism that he threw seniors under the bus. Rather, he writes:

Indeed, if the goal was for retirees to enjoy sustainably higher real returns, then the Fed’s raising interest rates prematurely would have been exactly the wrong thing to do. In the weak but recovering economy of the past few years, all the indications are that the equilibrium real interest rate has been exceptionally low, probably negative. A premature increase in interest rates engineered by the Fed would have likely led after a short time to an economic slowdown and consequently lower returns on capital investment. Ultimately the best way to improve the returns attainable by savers was to do what the Fed actually did: keep rates low (closer to the low equilibrium rate) so that the economy could recover and more quickly reach the point of producing healthier investment returns.

This view that the Fed is not responsible for interest income famine and that it has the small saver’s plight at heart could become the leading popular narrative unless the advocates of monetary stability mount a powerful retort. What should this include?

First of all, Fed critics should point out that if the Fed has abandoned its relentless plan to gain 2 percent inflation, and instead allowed prices to fall, savers would have made real gains on their savings even though nominal interest rates would have remained low. In turn, expectations of price recovery further ahead would have stimulated spending both by consumers and businesses.

But, that didn’t happen, and instead, the actual monetary policy of zero rates and inflaming inflation expectations strengthened irrational forces in the marketplace as investors frantic for yield pursued one speculative story after another. In particular they chased in those early years of the Great Monetary Experiment the story of emerging market economic miracles, and most of all, a China miracle. Linked to this were claims of an oil shortage and an insatiable demand for iron ore. Commodity extraction industries boomed. Carry trades into emerging market currencies ballooned and fed vast consumer credit and real estate booms across the emerging market world. The steep fall of speculative temperatures now occurring across those specific asset classes, the related severe slowdown in emerging markets (including China), and the downturn in commodity extraction industries explains the decline in Bernanke’s “Wicksellian interest rate.”

There’s more to the story, however. The second effect of Fed policy is the huge monetary uncertainty which the great experiment has created. Almost everyone and their dog realizes that the Fed has been deliberately creating asset-price inflation with a view to stimulating the economic upturn. They know also that there has been much speculative froth across a wide range of markets — not all at the same time but partly in sequence. They can think of the private equity bubble, the sky-high prices for junk bonds and European periphery sovereigns and most of all, the Wall Street equity boom. They realize that all this may very well end badly in another crash and recession. In turn, corporate decision-makers find that they satisfy their shareholders best by paying out huge amounts of cash (equity buy-backs and dividends) rather than investing in long-term risky projects whose payoffs may come in the feared recession. Thus the monetary uncertainty— including the likelihood of eventual crisis — enfeebles the investment activity in the economy (except in those highly leveraged areas where the cost savings on debt trump other concerns). The weak investment which, according to Bernanke and his fellow travelers, explains low real interest rates is actually a direct consequence of their policies.

Bernanke in his consulting work since leaving the Fed has made much of the weak investment spending and low productivity growth in the US and elsewhere, albeit in another recent blog post he takes issue with the “secular stagnation hypothesis.” Many Investors suffering from interest income famine have been firmer believers in this hypothesis to justify their search for yield in the long-maturity US Treasury bond market. Investors who have convinced themselves about secular stagnation in their bond market strategies are not inclined to embrace long-run economic optimism elsewhere. In fact their intuitive sense of a “day of reckoning” ahead becomes sharper. This is the third piece linking the great monetary experiment to weak economic outcomes: low interest rates and small-saver blight.