GET NEWS AND ARTICLES IN YOUR INBOXPrint
A
A
Home | Mises Library | Bad Idea: Devaluing Currency to Help Exporters 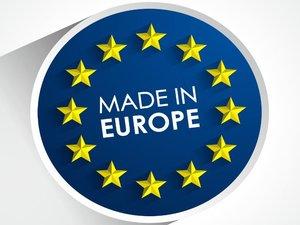 The European Central Bank's (ECB) decision to shortly print over 1 trillion euros has reignited concerns over currency wars. The euro has dropped almost 20 percent over the last six months after endless hints from the ECB.

We are in a currency war, and have been since 2008. Our current global monetary system is deeply flawed in spite of the International Monetary Fund (IMF), which was supposedly created to foster monetary cooperation and financial stability. Yet, the IMF has been eerily silent lately, which has not gone unnoticed by those who butter the IMF’s bread.

The current unwritten rule on exchange rate policy is that direct intervention is frowned upon, but indirect intervention is acceptable if the exchange rate was not the initial objective of policy. The thinking here is similar to that used when dropping a thousand pound bomb on a terrorist, wiping out a preschool, and then saying “it’s no problem since our primary target was the terrorist.”

It is simply irresponsible to look only at the direct and not indirect effects of economic policies. The US’s quantitative easing over the last six years has forced emerging market countries to impose capital controls and other currency restrictions, and ramp up their own printing presses. Current Japanese monetary policy, which is driving down the yen, is causing serious consternation to its Chinese and Korean neighbors. The People’s Bank of China recently lowered reserve requirements and is planning to widen the trading band on its currency. Let’s call this what it really is — retaliation and escalation of worldwide currency wars.

Of course, these actions are based on another popular misconception promulgated by economists: that a depreciating currency will allow exporters to reduce their prices overseas, helping them capture market share, thus boosting profits with positive ramifications for the domestic economy. The mistake in this logic is that it looks at the direct effects while totally ignoring other direct and indirect effects.

A simple example will make this clear. Suppose the exchange rate is one dollar for one euro. The European exporter is selling his product for $100 in the US which he converts into 100 euros to cover his production cost of 80 euros. Now suppose the euro depreciates so that it takes 1.5 euros to get 1 dollar. The exporter can now lower his price to $66.66 since this will bring in the same number of euros as before the depreciation. He has gained a competitive advantage over his foreign rivals, with benefits to the domestic economy.

The first problem with this story is that with new financial instruments such as swaps and financial futures, many exporters can hedge their foreign exchange risk long term, and may have already committed themselves to the rate they swap dollars for euros.

The second problem with this story is that many exporters today import many of their inputs. A BMW has parts coming from all over the world. Its engines may come from the UK. The leather seats may come from China and the steel may come from Brazil. If the depreciation causes input prices to rise from 80 euros to 120 euros, the exporter will be unable to lower his dollar prices, and, therefore will not gain in competitiveness. Of course, not all costs are imported inputs. This, however, highlights how depreciations really help exporters.

Few journalists seem to understand that a policy to reduce the foreign exchange value of a currency is, in reality, a policy to transfer wealth from workers — the middle class and the poor — to the wealthier owners of export industries. It is another example of the central bank acting as a reverse Robin Hood, taking from the have-nots to give to the haves.

Furthermore, there are many other indirect effects that make depreciating your currency a very bad policy objective. Mises explained that standard balance-of-payment accounting cannot be used when the unit of account is being distorted. Even if exporters are more profitable, this is not something to cheer if a higher nominal profit means lower real profit.

Of course, other economic actors are also hurt by a beggar-thy-neighbor policy. Consumers will bear the brunt of higher prices on foreign products. Domestic firms who import their inputs and sell on the domestic market will also likely be hurt.

A depreciating currency reflects a country’s central bank printing money faster than its neighbors. Yet, this printing hurts all firms, including exporters. Printing money alters absolute and relative prices. It interferes with the critical signals that prices send across time about what and how society wants goods and services to be produced.

What Europe needs is not a weaker euro, but significant structural reform. Europe should learn from Latvia’s experience with reform. In 2009–2010, Latvia cut government spending from 44 percent of GDP to 36 percent. It fired 30 percent of the civil servants, closed half the state agencies, and reduced the average public salary by 26 percent in one year. Government ministers took personal wage cuts of 35 percent. The Latvian economy initially dropped 24 percent, but rebounded sharply with yearly real growth of nearly 5 percent over the last three years. Yet, Latvia did this without using currency as a weapon since it kept its former currency, the lats, fixed against the euro.