GET NEWS AND ARTICLES IN YOUR INBOXPrint
A
A
Home | Mises Library | Are Bubbles Caused by Psychological Problems?

Are Bubbles Caused by Psychological Problems? 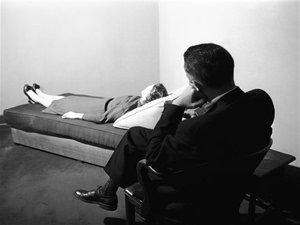 According to the popular way of thinking, bubbles are an important cause of economic recessions. The main question posed by experts is how one knows when a bubble is forming. It is held that if the central bankers knew the answer to this question they might be able to prevent bubble formations and thus prevent recessions.

On this, at the World Economic Forum in Davos, Switzerland on January 27, 2010, Nobel Laureate in Economics Robert Shiller argued that bubbles could be diagnosed using the same methodology psychologists use to diagnose mental illness. Shiller is of the view that a bubble is a form of psychological malfunction. Hence, the solution could be to prepare a checklist similar to what psychologists do to determine if someone is suffering from, say, depression. The key identifying points of a typical bubble according to Shiller, are:

1. Sharp increase in the price of an asset.

4. Stories of people earning a lot of money, causing envy among people who aren’t.

5. Growing interest in the asset class among the general public.

7. A decline in lending standards.

What Shiller outlines here are various factors that he holds are observed during the formation of bubbles. To describe a thing is, however, not always sufficient to understand the key causes that caused its emergence. In order to understand the causes one needs to establish a proper definition of the object in question. The purpose of a definition is to present the essence, the distinguishing characteristic of the object we are trying to identify. On this, the seven points outlined by Shiller tell us nothing about the origins of a typical bubble. All that these points do is to provide a possible description of a bubble. To describe an event, however, is not the same thing as to explain it. Without an understanding of the causes of an event it is not possible to counter its emergence.

The greater the expansion of money, or the monetary balloon, the higher the increase is going to be in the price of an asset, all other things being equal. But the emergence of a bubble, or a monetary balloon, need not always be associated with rising prices. For instance, if the rate of growth of goods corresponds to the rate of growth of money supply no change in prices will take place.

We suggest that what matters is not whether the emergence of a bubble is associated with price rises but rather with the fact that the emergence of a bubble gives rise to non-productive activities that divert real wealth from wealth generators. The expansion of the money supply, or the monetary balloon, in similarity to a counterfeiter, enables the diversion of real wealth from wealth generating activities to non-productive activities.

As the monetary pumping strengthens, the pace of the diversion follows suit. We label various non-productive activities that emerge on the back of the expanding monetary balloon as bubble activities — they were formed by the monetary bubble. Also note that these activities cannot exist without the expansion of money supply that diverts to them real wealth from wealth-generating activities.

From this we can infer that bubbles are about the expansion of money supply. The key outcome of this expansion is the emergence of non-wealth-generating activities.

It follows that a bubble is not about strong asset price increases but about the expansion of money supply. In fact, as we have seen, bubbles can take place without a corresponding increase in prices. Once we have established that an expansion in money supply is what bubbles are all about we can further infer that the key damage that bubbles generate is by increasing non-productive activities.

Hence, to prevent the emergence of bubbles one needs to arrest the monetary pumping by the central bank and to curtail the commercial banks’ ability to engage in the fractional reserve banking (i.e., lending out of “thin air”). Once the pace of monetary expansion slows down in response to a tighter central bank stance or in response to commercial banks slowing down on the expansion of lending out of “thin air” this sets in motion the bursting of the bubbles.

The so-called economic recession associated with the burst of bubble activities is in fact good news for wealth generators since now more wealth is left at their disposal. An economic bust, which weakens bubble activities, lays the foundation for a genuine economic growth.

A man’s ends may be “egoistic” or “altruistic,” “refined” or “vulgar.” They may emphasize the enjoyment of “material goods” and comforts, or they may stress the ascetic life. Economics is not concerned with their content, and its laws apply regardless of the nature of these ends.1

Psychology and ethics deal with the content of human ends; they ask, why does the man choose such and such ends, or what ends should men value?2

Therefore, economics deals with any given end and with the formal implications of the fact that men have ends and utilize means to attain these ends. Consequently, economics is a separate discipline from psychology. By introducing psychology into economics one obliterates the generality of the theory, and renders it useless. Therefore the use of psychology is counterproductive as far as economic analyses are concerned.

Contrary to Shiller, in order to establish that a bubble is forming we don’t need to apply the same methodology employed by psychologists. What we require is the establishment of a correct definition of what bubbles are all about. Once it is done one discovers that contrary to popular thinking bubbles have nothing to do with some kind of psychological malfunction of individuals — they are the result of loose monetary policies of the central bank.

Furthermore, once we observe an increase in the rate of growth of money supply we can confidently say that this sets the platform for bubble activities — for an economic boom.

Conversely, once we observe a decline in the rate of growth of money supply we can confidently say that this lays the foundations for the burst of bubble activities — an economic bust.