GET NEWS AND ARTICLES IN YOUR INBOXPrint
A
A
Home | Mises Library | Abolish the State? 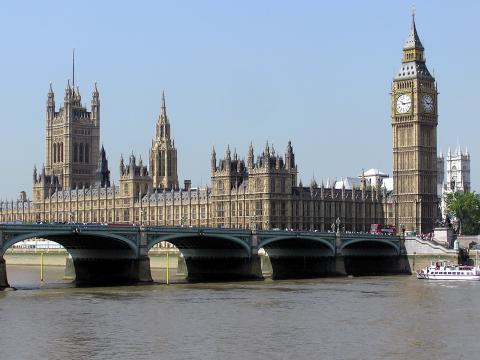 I have just read the text of a lecture on the British welfare state delivered last night by Peter Lilley, who is the Deputy Leader of the Conservative Party. It is a remarkable document that confirms everything I have always suspected about Mr Lilley's intelligence and commitment to principle. Let me quote from his lecture:

"For fifty years we have expanded, improved and poured public money into the welfare services.

"Yet we have been strangely shy to admit that we were doing so....

"I believe it is because many Conservatives have come to assume that the primary or even only role of Conservatism is the application and extension of the free market paradigm....

"Conservatives can and must become the champions of better public services.

"Only the anarcho-capitalists, a little known sect of whom there are probably only a handful at liberty, believe the model of autonomous individuals interacting by voluntary exchange without the intervention of the state can be applied to every aspect of human affairs.

"Their attempts to apply this market model to defense [sic], law, policing, planning etc. provide intellectual amusement to those who like to see people address an impossible challenge.

"But no-one else is convinced that such tasks can be undertaken other than by the state.

"Certainly no Tory, feels in the least uncomfortable about supporting the role of the state in defence, law and order, and protecting the environment.

"We should be equally willing to accept that the state must play the dominant role in ensuring the provision of health, education and welfare."

The Conservative Case Against Welfare

This is the definitive break with Thatcherism that we have been promised for the past few years. The problem is that it does not seek to advance from the Thatcher revolution of the 1980s, but instead to reverse it. I am almost glad that we have a Labour Government that - for all its ghastliness in other respects - has more sense than to spray the public with drivel like this.

I am not exactly one of the anarcho-capitalists Mr Lilley goes out of his way to sneer at. But I am deeply hostile to the notion of state welfare. In the first place, it is a fraud. For the great majority of people in this country, it involves taking 10 out of our pockets at one time in our lives and putting back 7 later on - retaining 3 for administrative costs. A small minority loses 5 and gets back 5. A smaller minority loses 20 and takes back nothing. But for most of us, the money is simply churned and diminished.

In the second place, the costs of running the welfare state have been made into a mass of sinecures for the lower clerisy - the kind of people who parrot every statist nonsense they read in The Guardian and who thereby give a persistently statist tinge to the whole of pubic opinion, and who provide a solid constituency for the Labour Party. They are the modern equivalent of the priesthood - telling us what to believe, checking on whether we do believe it, and inflicting various punishments on us for not believing. And they do this with our own money.

In the third place, state welfare is degrading to the character of everyone who receives it. By losing responsibility for our own welfare - and by losing the means of taking such responsibility because of the burden of taxes required to fund the system - we grow increasingly childish as a nation. Millions of people take no thought for the morrow, because that will be looked after by others. But they do bear in mind the value of conformity in speech and action to the prevailing intellectual fashions - the modern excommunication is to be driven away from the nipple of state welfare.

For these reasons, we would be better off making our own provision. It would be cheaper. It would be more suited to our individual needs. It would also mean disestablishing the worst clerisy this country has had since the Reformation. Just as the commissioners of Henry VIII ended the idle, parasitic sway of the monasteries, so we should sack several hundred thousand social workers and health bureaucrats - sending them out to more productive careers in telephone sales.

This does not mean immediate abolition. Certainly, the old have a strong moral claim on our tax money. They have spent their lives as virtual property of the State. Their choice of work was limited by regulations. Their incomes were heavily taxed. What little they did manage to save was eroded by inflation. They put up with all this on the promise that they would be looked after in old age. I do not agree with the modern trend to break this contract. It was a bad contract to impose on people, but it should now be honoured in full.

Equally, there are many younger people about who are capable in principle of looking after themselves, but whose habits and ambitions have been comprehensively warped by welfare so they have become rather like those battery hens that even cannot scratch in the dust when finally let out of their boxes. They need to be helped gently into the light, not pushed into it.

But the commitment should be to dismantle the welfare state. There is room for disagreement over how to dismantle it. Nevertheless, the final result of privatised welfare should be accepted by all but those who directly benefit from the present system.

The Converson to "Crackpot Realism"

Now the Conservative Party has formally announced that it adores the present system and would spend even more money on it if ever returned to power. While he was about it, Mr Lilley might as well have denounced telecom privatisation and promised to build another million council flats. It is the biggest single repudiation in British politics this century - far more radical than the repudiation of state ownership that Tony Blair extracted from the Labour Party. No wonder people like Edward Heath are looking so pleased all of a sudden.

Why this repudiation? Is it because the Conservatives have suddenly changed their minds? Not so far as I can tell. I know that Mr Lilley was just recently quoting Murray Rothbard in private--that is, the most prominent of the anarcho-capitalists--and agreeing with him. As for his denial that we nurse some nefarious plans to privatise health, education and almost everything else - when in fact no such plans have to my knowledge ever been formulated,

I well remember that little else was spoken about by Mr Lilley when in the last Government.

The reason for the change of message is political opportunism. The Conservatives think they lost the last election because people were tired of Thatcherism; so they think they can get back into power by pretending to love the welfare state. There is no consideration of principle in this - of how to advance the public good. These people want power so badly, they would swim though a sea of filth to get it.

A few recantations are nothing to them beside the chance of being back in those nice cars with the red dispatch boxes and the hushed private secretaries. I can imagine some management consultant friend of Mr Hague enthusing in front of a flip chart about "rebranding" and how this can help cast off "negative associations" in the public mind. The hope seems to be to occupy some of the ground vacated by Labour in its shift towards the Thatcher consensus.

But no one but a fool could ever think this will work. The electors will never believe that the Conservatives really care about the public sector. Those working in it never will. Mr Lilley has simply made himself look stupid - and managed to upset people like me who are seriously wondering if the Conservative Party is worth regarding as the best opposition to Labour.

And it is stupid opportunism. It is what Chris R. Tame calls "crackpot realism" - the belief that success in politics only comes by holding all regard for principles in public contempt. It is the cunning of the fool who thinks himself clever. The simple truth is that what is right in politics is usually what is the most advantageous; and at least the electors tend to trust people who appear to be sang what they believe.

The way to damage Labour on health and welfare policy is to keep congratulating it on its conversion to Conservative policies, and to criticise only by explaining that the it could move still faster on its journey to full privatisation.

That would have the twin effect of alienating Labour from its natural supporters among the clerisy, while making it appear to be no more than the servant of a Conservative agenda. All that has now happened is that Labour can safely move into areas vacated by the Conservatives, claiming those areas as entirely its own. Rather than box Labour in, the Conservatives have given it boundless freedom to do whatever it pleases.

I am told that Anne Widecombe, whose job it is to present Conservative policy on health and welfare, has rejected Mr Lilley's speech as an act of madness. She says she is standing by the old policies of "public-private partnerships" in health and welfare. Doubtless, other senior Conservatives will turn on him. On yet another issue where unity would be so easily achieved, the Party is split.

The real author of this chaos, of course, is William Hague. He has been Party Leader for almost two years now. In this time, he has consistently failed to oppose on a single issue that might bring about a Conservative recovery. He will not allow a clear and aggressive policy on Europe, or the Constitution, or on the fact that Tony Blair has no more independence of will from the Americans in his foreign policy than the average glove puppet. It would be so easy to damage this most wretched of Governments.

But Mr Hague's nearest approach to a strategy seems to involve waiting silent until Labour destroys itself and then hoping to pick up enough support to creep into Downing Street. If that really is what he hopes to do, he can wait until all his hair drops out and most of his teeth, and Mr Blair will still be Prime Minister....

That Tory politicians might pay some regard to principle is an expectation I dropped some time around 1987. For a long time after, though, I continued to believe that opportunism would point them in generally the right direction in spite of their lack of principle.

Sometimes, I am very naive.

Sean Gabb is the author of more than twenty books and around a thousand essays and newspaper articles. He also appears on radio and television, and is a notable speaker at conferences and literary festivals in Britain, America, Europe and Asia.