The percent of student loans owned by the government hovered around 20% until 2010, when a steep incline began. Total outstanding student loans climbed steadily, but the government's ability to lend to students and their parents was streamlined, through quick amendments to the "Patient Protection and Affordable Care Act" a week after it was signed into law. The government also began purchasing privately-held student loans through the "Ensuring Continued Access to Student Loans Act" around the same time. By 2010, all federal student loans were centralized into one program and the federal government had committed to purchase a significant amount of private student loans--85% of it, according to the Center for American Progress.

Since then, the federal government's share of all student loan debt has exploded up to 70%, with $885 billion worth of student loans. 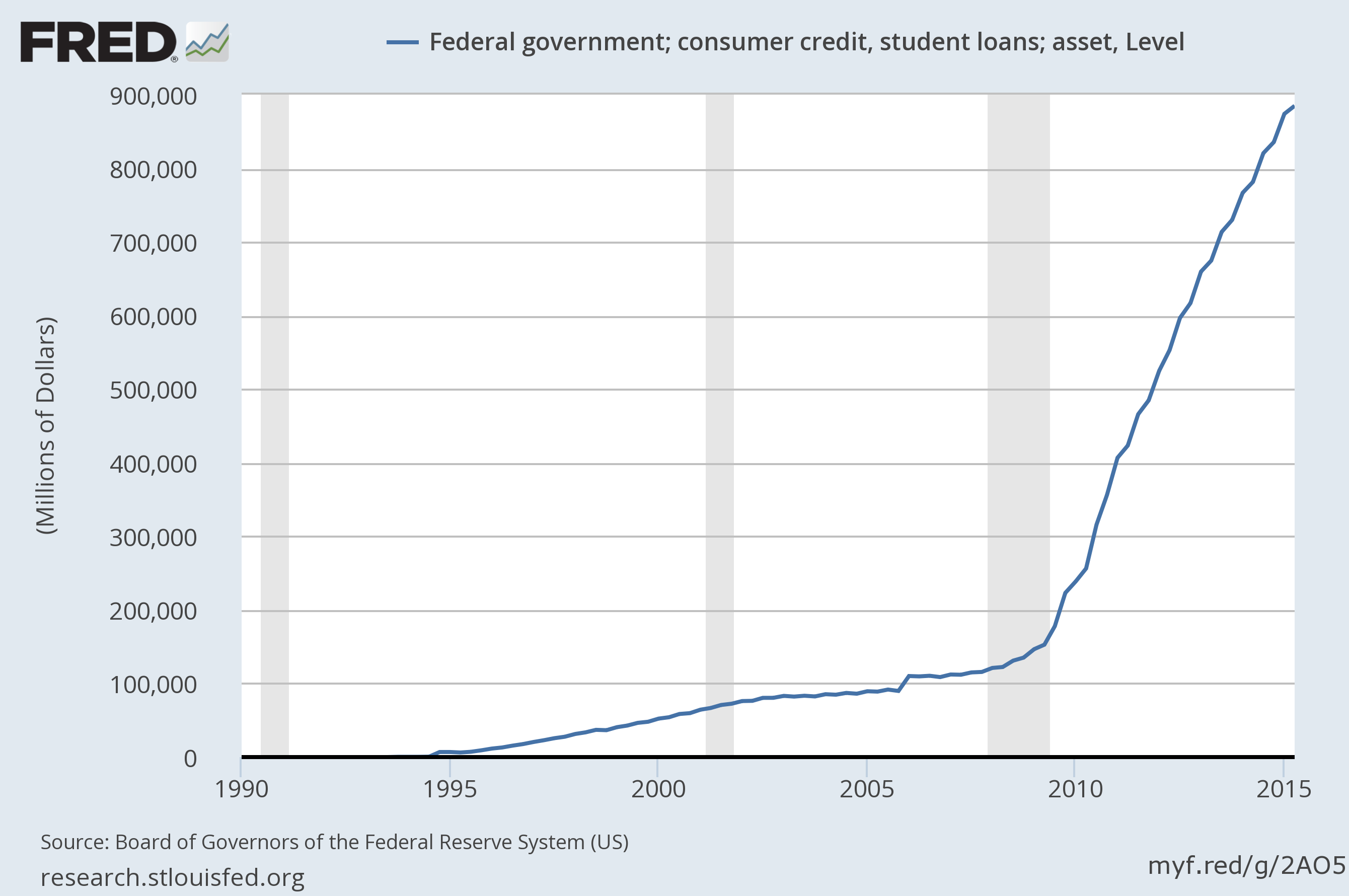 That's $885 billion so that students can earn degrees that aren't really helping them get into higher-paying jobs. A September 2015 report by the Department of Education admitted, "At 53 percent of institutions, more than half of alumni are not even earning more than a typical high school graduate within six years after starting at the school."

And yet, Education Secretary Arne Duncan is eager to extend federal loans to even more students:

"We have to make sure that young people know about income-based repayment plans, where they're paying back those debts indexed to how much they make. If you make more, you pay more. If you make less, you pay less. We're doing a better job of getting the word out about that. About 5,000 folks are signing up every single day for those programs. There's still many more we need to reach."

These statistics and official proclamations don't scream sustainability. In fact, the numbers and rhetoric are reminiscent of a ballooning housing bubble, when too many people were borrowing too much to pay for something at too high a price.