In 1862, José Arechabala y Aldama arrived in Havana, Cuba at the age of fifteen. At thirty-one, he founded Arechabala Industries, a small distillery in Cárdenas, Cuba, which was then a small but rapidly growing seaport city with a bustling port and budding railroad industry.

In 1888, this city was devastated by a hurricane. Don José’s company suffered $50,000 in damages (roughly $1.3 million in 2015 dollars), but it survived and continued to grow. In 1921, Don José incorporated the company as José Arechabala, S.A., and two years later, he died. His family was driven back to Spain after a series of tragedies (one of his son-in-laws was murdered by kidnappers), and the company was taken over by Don José’s thirty-six-year-old godson Josechu.

Another hurricane hit Cárdenas on September 1, 1933. This time, more than thirty people were killed, and the company suffered $500,000 in damages ($9.25 million in 2015 dollars). As part of the recovery strategy from this massive loss, José Arechabala, S.A. introduced Havana Club Rum. In 1935, this brand of rum was registered with the US Patent & Trademark Office.

In the 1930s, 40s, and 50s, José Arechabala, S.A. was the primary reason Cárdenas remained competitive with Havana. By the 1950s, the company owned sugar refineries, candy manufacturing plants, Cuba’s oldest distillery, and various other plants for emerging technologies, including some that were attempting to replace gasoline with alcohol to power cars.

On December 31, 1959, Castro’s revolutionary communist government seized José Arechabala, S.A. and exiled the Arechabala family, ordering Don José’s heirs to leave Cuba “with only the clothes on their backs.”

“I remember that day vividly,” Amparo Arechabala told CBS in an interview. “My husband came home. He went to work early and then he came home and he says, ‘They’ve thrown us out. It’s over.’” The family wound up in the US where they sold their recipe to Bacardi for $1.25 million and a share in the sales of Havana Rum. Bacardi, also a Cuban company, had been a competitor with the Arechabalas, but after the revolution, they were able to survive because they maintained assets outside of the country. Although their Cuban distilleries were seized, Castro could not touch their properties in Puerto Rico, so the company survived and was able to partner with the exiled Arechabalas they once competed with.

In the 1970s, the family let their trademark on the rum expire and the Cuban government registered the same trademark in its own name. This did little good since the United States imposed a trade embargo on Cuba a decade earlier, but the trademark was continually renewed nonetheless.

Cuba partnered with liquor giant Pernod Ricard (producer of Absolut Vodka, Chivas Regal, and other well-known brands) in 1993 to sell Havana Rum that Cuba produced with the Arechebala’s stolen property. This set off what came to be an intellectual property dispute, emerging out of an original violation of physical property. In 1995, Ricard moved the trademark to a Luxembourg corporation named Havana Club Holdings, S.A., which was formed to create a legal avenue around the Cuban trade embargo. 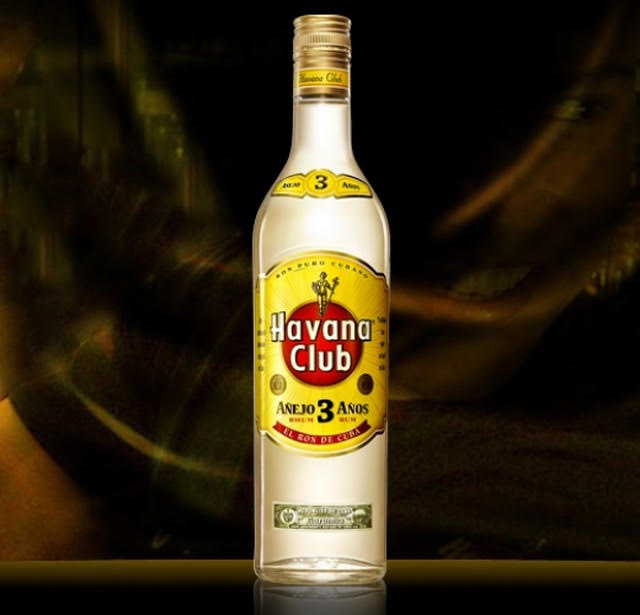 Since the mid-1990s, Bacardi and Ricard have battled back and forth over the right to sell Havana Rum in the United States. The courts have bounced between which company owns the brand. In 1994, Bacardi began to sell Havana Club Rum in the United States, and they appealed the 1995 trademark granted to HCH. In 1996, HCH renewed the trademark, but this was also the year that the Cuban embargo was made permanent with the Helms-Burton Act. In 1997, the Arechabalas sold their remaining rights to the Havana Club brand and recipe to Bacardi.

In 1998, it appeared that Bacardi had won the “Rum War” when the Bacardi Act was passed, effectively revoking any US trademarks held by companies seized by the Cuban government. The World Trade Organization declared this act illegal, though, in 2001, thus re-igniting the dispute.

Image: Havana Club Rum Produced by Bacardi and Distributed in the United States

The United States ignored the WTO’s ruling until 2016, when the Patent & Trade Office awarded the trademark of Havana Club Rum back to the Cuban government. Bacardi is still appealing this ruling while Cuba continues to stockpile crates of this rum in anticipation of the US market being reopened.

Bacardi is still selling their Havana Club Rum in the US despite being in technical violation of the trademark. The Cuban version of the same rum is also able to be purchased, but quantities are scarce as customs bans have been loosened but not yet lifted, thus preventing bulk shipments.

Few disputes better demonstrate the incompetence of any government at settling conflicts and maintaining peaceful commerce. The issue is being presented as a trademark dispute, but in reality, this is hardly an issue from the perspective of market branding. Even with the same Havana Club name, both companies have an incentive to show the distinction in their product. Bacardi has the words “Puerto Rican Rum” printed on every label, while the Cuban rum has an entirely distinct logo and the words “El Ron de Cuba” distinguishing the place of manufacture. The former company wants to maintain its distinction as the more well-known Havana Club Rum in the United States, while the latter company wants to advertise that it is the only rum actually produced in Cuba. There is no conflict in misleading presentation of a product; the courts are useless in facilitating the efficient distribution of information about their products.

The conflict instead revolves around the right to do business at all, and this conflict has only arisen because of the appropriation of property by the Cuban government — who let the distilleries fall into disrepair until they finally partnered with a private European company — and the United States government who imposed trade restrictions on one country and has focused these conflicts uselessly on an intellectual property dispute that has already naturally solved itself in the market through the distinctive labels each company uses.

John Martin is a classical musician, composer, and educator. He holds bachelor's degrees from Huntingdon College in Montgomery AL and a master's degree from the University of Alabama. Chris Calton is a Mises University alumnus and an economic historian. See his YouTube channel here.

John Martin is a classical musician, composer, and educator. He holds bachelor's degrees from Huntingdon College in Montgomery AL and a master's degree from the University of Alabama.