Far from being outdated and past their time, the ideas behind the electoral college are greatly underutilized. The electoral college is thought by many to be somehow uniquely American, but this is not the case. Similar mechanisms — sometimes called "double-majority" systems — have been used in many different times and places in political history.

The current confusion about the mechanics of the electoral college appear to be largely a function of the fact that it is now widely forgotten that the United States is intended to be collection of independent states, and not a unitary political unit.

For an illustration of why a system like the electoral college is so essential, we can look to the European Union. Consider, for example, if the European Union were to hold a union-wide election for a single chief executive. (The EU does not hold such an election, however, because the EU is controlled by appointees, and because there is no president in the conventional sense.)

If the EU were to do this, we would immediately notice that a small handful of large and populous member countries could dominate election and policy decisions union-wide. Without some sort of mechanism to even out these disparities, smaller states wold continually be at the mercy of the larger ones.

For instance, Germany, France, and Italy by themselves constitute 47 percent of the population of the European Union (not counting the UK). The member countries with interests at odds with the large dominant states would be at a lopsided disadvantage. Small countries like the Czech Republic, for example, contain a mere two to five percent of the EU population and would be largely irrelevant to building a majority coalition in any sort of majority-rule system.

In the US, there is a similar imbalance with the 4 largest states (California, Texas, New York, and Florida) constituting one-third of the US population. The top-ten largest states total 54 percent of the US population. Thus, a citizen of, say, New Mexico, might find himself in a similar situation to the Czech voter if ever national political trends go against local needs and preferences. 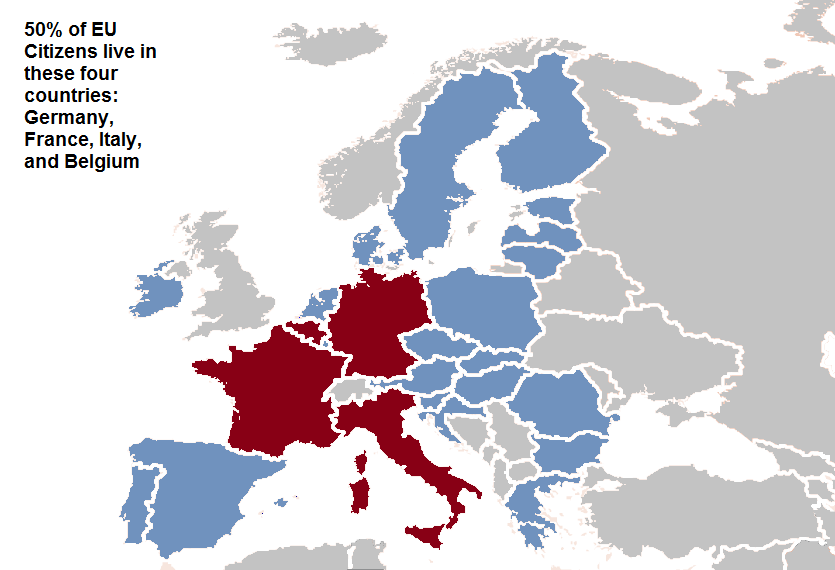 In both the US and in our theoretical EU, double majority requirements have been — or could be — constructed to enhance the importance of small and medium-sized states. Wyoming's population for example — because of the way the electoral college is constructed — is more than four times more influential in the electoral college than in a nationwide popular vote. While being a small minority is always a problem when it comes to projecting political power, a system like the electoral college lessens the minority's disadvantage. Voting schemes like the electoral college, in other words, function as a check on overwhelming numerical advantages while giving a nod to geographical, cultural, and economic diversity across a large confederation.

Not surprisingly then, double-majority systems (or variations on the theme) have long been used to prevent the centralization of political power. A current example is the double-majority system used in Switzerland. Under the Swiss system, voter ballot initiatives must win both an electoral majority, and a majority vote in more than half of the member states (i.e., cantons). 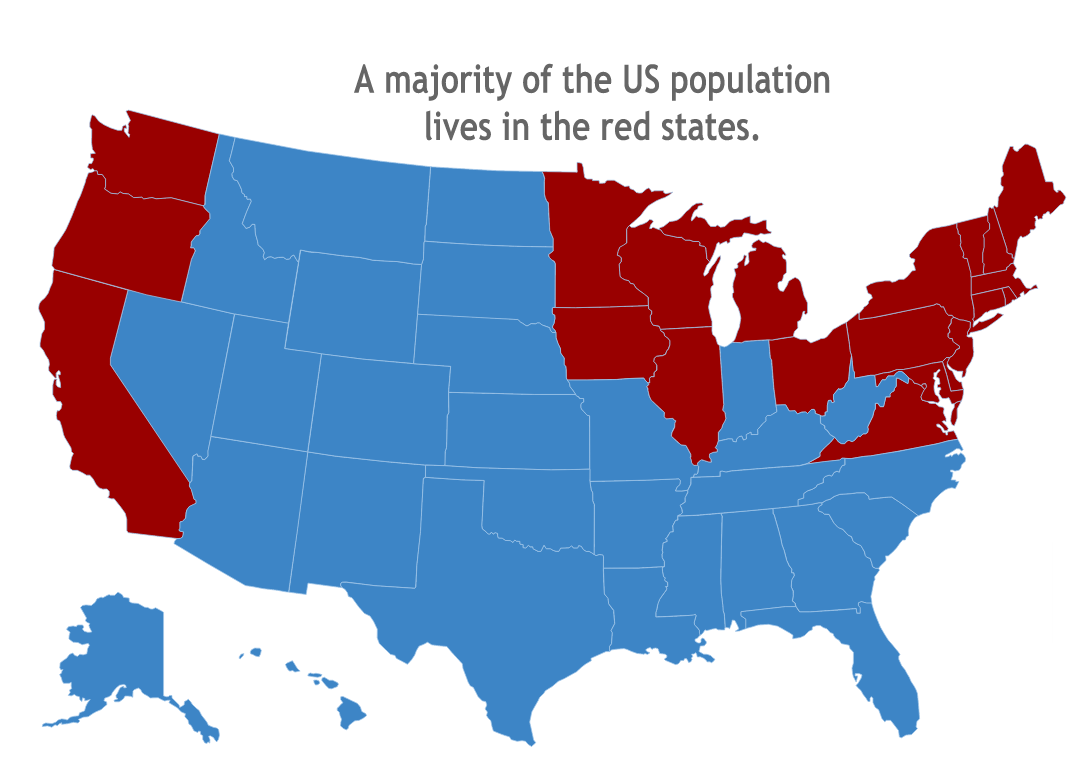 Were such a system employed in the US, for example, any winning candidate would have to win both a popular majority and more than 25 states (or D.C.).

As it is, the electoral college rests on a modified "multiple-majority" system which nonetheless somewhat evens out population differences between small states and large states.

This could, of course, be extended to the states themselves. Politics would be quite different in California, for example, if gubernatorial candidates had to win both a popular majority and a majority of the state's counties.

Expand the Electoral College to Other National Contests

Double-majority and multiple-majority systems mandate more widespread support for a candidate or measure than would be needed under an ordinary majority vote.

Unfortunately, in the United States, it is possible to pass tax increases and other types of sweeping and costly legislation with nothing more than bare majorities from Congress which is itself largely a collection of millionaires with similar educations, backgrounds, and economic status. Even this low standard is not required in cases where the president rules via executive order with "a pen and ... a phone."

In response to this centralization of political power, the electoral college should be expanded to function as a veto on legislation, executive orders, and Supreme Court rulings.

For example, if Congress seeks to pass a tax increase, their legislation should be null and void without also obtaining a majority of electoral college votes in a manner similar to that of presidential elections. Under such a scheme, the federal government would be forced to submit new legal changes to the voters for approval. The same could be applied to executive orders and treaties. It would be even better to require both a popular-vote majority in addition to the electoral-vote majority. And while we're at it, let's require that at least 25 states approve the measures as well.

Those laws, regulations, and treaties that fail to obtain widespread geographical approval from a large number of states will automatically fail, and the elites in Washington will take to condemning elections and public political engagement as "cumbersome," "costly" and contrary to the wise decisions of the "experts" who know better.

Julian Assange and Our Impunity Democracy

Saturday's world-wide demonstrations calling for the release of Julian Assange might go unheeded by American political elites, but that does not diminish this simple truth: Assange is being punished for exposing lies and lawbreaking by the U.S. Government.