Jeff Sessions's Pot War Is Up in Smoke in Nevada

Thousands lined up to purchase recreational marijuana legally at 12:01 a.m. on July 1. At Euphoria Wellness, with a location in southwest Las Vegas, a crowd of 400 to 500 people were lined up at midnight. Other locations had just as many.

Among the first to purchase was state senator Tick Segerblom, who has a strain of weed named after him: “Segerblom Haze.” The senator tweeted that he believed the state would rake in a million dollars in tax money this first weekend. Judging from the lines out the doors at dispensaries in just my neighborhood, I don’t doubt his projection.

Even with it being a scorching 107 degrees this afternoon, Las Vegans were waiting patiently in the sun to go up in smoke.

The Las Vegas Sun reports, “Destiny Diaz stood in line for nearly three hours at the Jardin Premium Cannabis dispensary in central Las Vegas to celebrate what some were calling the end of marijuana prohibition in Nevada.”

“A local resident for 35 years, [Steve] Evans, 54, said he arrived just before 7:30 p.m. and that the nearly five-hour wait Friday night was the longest he had been away from his home in over eight years.

“‘I want an ounce of Gorilla Glue 4, and then I’m going home to sink into the sofa and be with my wife,’ Evans said, referring to one of the dispensary’s best-selling marijuana flower strains. ‘Pretty simple.’” 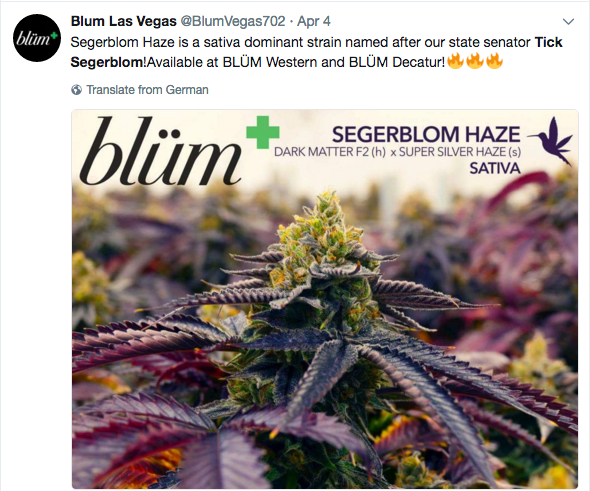 It turns out the reality of supply, demand and the tax man bites for medical users. “Paul Pastwa, a medical marijuana cardholder who said he shops at Jardin twice a week, complained that a half-ounce of marijuana flower climbed from $60 to over $100 for medical buyers since he last shopped at the dispensary,” writes Chris Kudailis. “We understood that recreational buyers would have to pay more, but not medical,” Pastwa said. “My price has doubled overnight.”

Adam Denmark Cohen, Jardin's owner, “said he was forced to raise prices because of a state-mandated increase in marijuana wholesale distribution taxes for shipment of items from cultivation and production facilities to dispensaries.”

The Sun reports that Essence Cannabis Dispensary saw 1,200 customers at its two locations early this morning. Local laws allowed dispensaries to be open from midnight to 3 a.m., but then had to close until 6 a.m. As an aside, Sun newspaper CEO Brian Greenspan owns a portion of Essence. Marijuana licenses went to the politically connected, not necessarily to those with expertise in the business.

All this reefer madness is happening after Attorney General Jeff Sessions sent a letter to Mitch McConnell, Paul Ryan, Nancy Pelosi, and Chuck Schumer voicing the Department of Justice’s opposition to anything that would “inhibit the DOJ’s authority to enforce the Controlled Substances Act (CSA).” 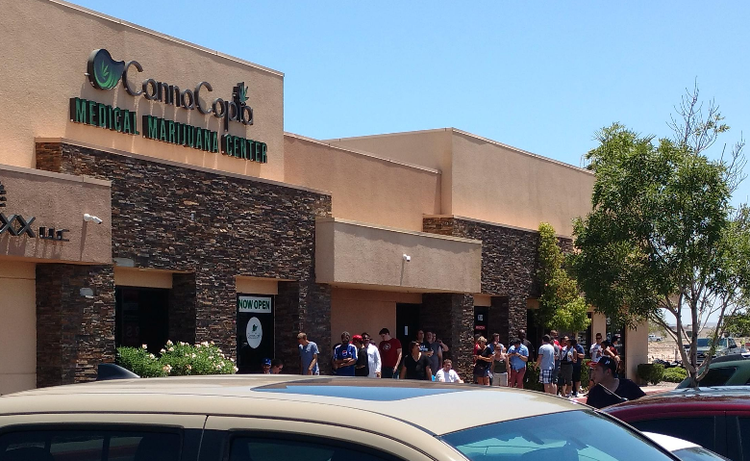 The attorney general claims marijuana use has “significant negative health effects,” including the loss of IQ points, which is funny coming from a guy, who claims “marijuana has a high potential for abuse [and] no currently accepted medical treatment in use in the United States.” He evidently hasn’t read this article from the Business Insider listing 23 health benefits of marijuana.

As Mark Thornton wrote for mises.org, “Attorney General Sessions’s argument really does not make any sense. Legalized marijuana greatly reduces the size of the illegal drug market and the violence it causes, both by eliminating the illegal marijuana market and by encouraging producers and consumers to switch from hard drugs such as heroin, cocaine, and crystal meth to marijuana/cannabis which is non-addictive and non-lethal.”

The out of touch Sessions told a crowd in Arizona, “When they nominated me for attorney general, you would have thought the biggest issue in America was when I said, ‘I don’t think America’s going to be a better place if they sell marijuana at every corner grocery store.’ ”

When in 1986 the Senate Judiciary Committee rejected the nomination of Sessions to be a Federal district judge in Alabama, Mr. Sessions apologized for once saying he had thought members of the Klu Klux Klan “were O.K. until I found out they smoked pot.”

AG Sessions, the war is over. The government lost, and has decided to take the money.

The Federal Reserve is raising interest rates and we know what follows, given there has been more than a decade of...