Imprisoning Children in the Name of National Security

The New York Times yesterday featured an interesting article that notes how the specifics of the internment experience, at least in some places, are fading. The Amache Camp, located in southeast Colorado, for example, is now largely forgotten:

But few in Colorado even know Amache existed. The lone comprehensive book on the camp is out of print. And survivors say that as they age and their peers die, their experiences are falling deeper into the footnotes of history.

Overall, the existence of the camps is not likely to be soon forgotten, although many today would be surprised by the sheer numbers of Japanese civilians that were imprisoned:

In 1942, just after the attack on Pearl Harbor, roughly 120,000 people of Japanese descent were evicted from their homes and sent to live in camps around the country. About two-thirds of them were American citizens. At the time, the federal government called the move necessary to protect the West Coast from sabotage.

The internment phenomenon highlights the extent to which government will completely disregard private property and the realities of self-ownership (not to mention the Bill of Rights) when "national defense" is invoked by the government.

This tension between self-ownership and the security state is at the center of Judge Napolitano's latest book Suicide Pact. David Gordon recently reviewed the book, noting:

Judge Napolitano reviews security policy throughout the course of American history. Unfortunately, the natural rights approach has rarely guided American policy. To the contrary, “it has largely been ignored by every American government since George Washington. Those governments have all reflected the inevitable growth of the power of government and the shrinkage of personal freedoms.”

Why has this been so? The chief culprit has been war and the threat of war. Wars vastly increase the power of the government; and, contrary to natural law, “national security” all too often tramples liberty afoot. Napolitano aptly quotes Randolph Bourne: “War is the health of the state.” Elaborating on Bourne’s claim, Napolitano remarks: “A galvanized people [is] fearful of dissent and willing to accept suppression of their and others’ natural rights to free speech based on the seemingly xenophilic content of a viewpoint alone ... individual liberty suffers incomparably during war.”

...Suffice it to say that matters did not improve under Franklin Roosevelt. During World War II, Japanese Americans on the West Coast were interned in concentration camps; and the Supreme Court in the Korematsu case upheld this measure. Napolitano’s verdict is scathing: “Thus, in the face of difficult and trying times, actions that were not justifiable under necessity, but were manifestations of racism, hysteria and the ‘herd’ mentality lamented in the [Randolph] Bourne essay, were made legal and constitutional. The counter-majoritarian branch, the Court, charged with halting the majority encroachment on the civil and natural liberty of personal movement and use of property, had failed miserably in its delegated task.” Justice Frank Murphy issued a “vigorous dissent [which] would destroy his personal friendship with FDR.”

Napolitano’s aims in the book go beyond historical inquiry. He wishes to combat the gross violations of liberty which have accompanied the “war on terror”; and he devotes nearly half of the book to this endeavor. After the 9/11 attacks, “the executive branch, through the use of the noble lie and the organs of state powers, would abjure liberties in the guise of fighting a War on Terror, starting with our ostensible enemy, then moving on to personal vendetta and perpetual, aimless war.”

The internment camps still have their defenders. Some attempt to portray the camps as no big deal at all, and that the prisoners were treated in an enlightened manner. The reality belies this, of course. As a result of having their freedom taken away, the prisoners often lost their businesses, their farms, their jobs, and in many cases, their health. The former prisoner interviewed in the NYT story, who was 12 years old when sent to the camps, recalls how his father suffered a broken back as a result of an accident in the camps, and his mother had a stroke. One can guess that access to high-quality health care was not exactly enhanced by forced relocation to the camps, and this just emphasizes the real results of being unable to engage in the market economy, as was the case for all interns. One either accepted the health care, food, etc., provided by the jailers, or one could do with nothing. Some still insist that the internment camp experience was justifiable on the grounds that being an prisoner and one of these American concentration camps was obviously better than being a prisoner in a Nazi concentration camp. Well, yes, but if your main line of defense is "we're better than the Nazis," you've probably already lost the argument.

Also forgotten today is the fact that FDR's enthusiasm for imprisoning ethnic Japanese did not stop with American citizens. As Rothbard points out here, the US zealously sought to imprison ethnic Japanese from Peru as well:

After Pearl Harbor, the U.S. government pressured Peru to go to war with Japan, to confiscate Japanese-owned businesses, including the elder Fujimori’s tire repair shop, and to ship almost 1,500 Japanese to internment in the U.S. 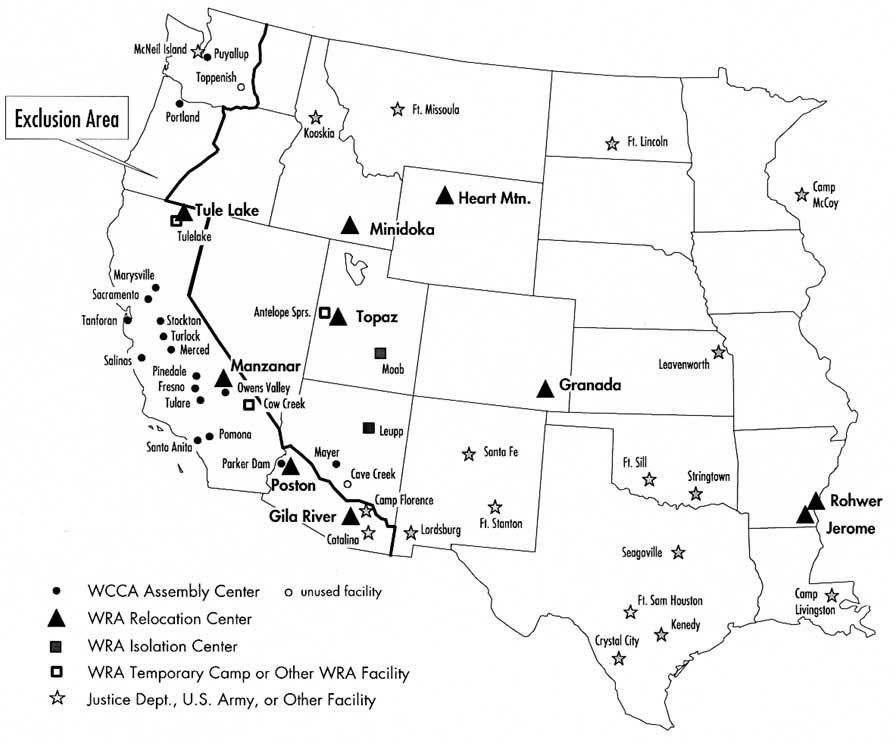