GET NEWS AND ARTICLES IN YOUR INBOXPrint
A
A
Home | Wire | Fed Waves White Flag: "Foresees Fewer Rate Hikes"

The Federal reserve has bowed to the interests of Wall Street and the financial sector yet again, and announced that it will not raise the target federal funds rate above the 0.5 percent target rate where it has been since December. At its regularly-scheduled meeting today, the FOMC announced in a statement that

the Committee decided to maintain the target range for the federal funds rate at 1/4 to 1/2 percent. The stance of monetary policy remains accommodative, thereby supporting further improvement in labor market conditions and a return to 2 percent inflation.

It wasn't too long ago that the Fed's position was being spun by the financial press as "hawkish," since being "hawkish" now consists of increasing the target rate by 0.25 percent when it's already under 1 percent. But those days were quickly over. 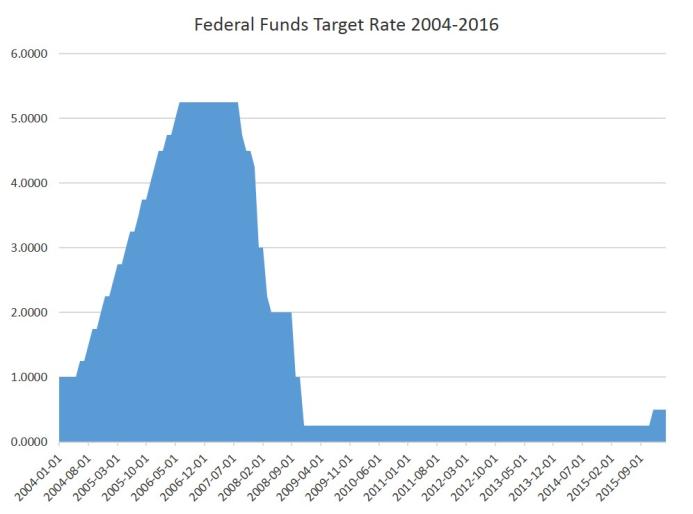 In addition to keeping the target rate under 0.5 percent, the AP reports

Fed officials are forecasting that they will raise rates more gradually this year than they had envisioned in December. The officials now foresee two, rather than four, modest increases in their benchmark short-term rate during 2016.

Back in December, the Fed had said it would raise rates four times in 2016. The already-weak economy — as evidenced by the Fed's devotion to a rock-bottom target rate — has weakened since then, so now the Fed is already backing off its never-convincing promise to raise rates multiple times in the coming year. The promise of two hikes is about as much a sure thing as the promise of four hikes.

But as long as the Fed doesn't upset its friends on Wall Street, everything's fine, we'll be told. Not surprisingly, according to the AP:

Stock investors seemed pleased by the Fed's expectation of a more gradual pace of rate increases. The Dow Jones industrial average, which had been up modestly before the Fed's statement was issued, gained more than 100 points soon after.

determining the timing and size of future adjustments to the target range for the federal funds rate, the Committee will assess realized and expected economic conditions relative to its objectives of maximum employment and 2 percent inflation.

Given that employment growth in recent years has been the worst we've seen in decades, it's hard to see how more of the same form the Fed is going to be achieving "maximum employment" any time soon. Given the jobs weakness, its not surprising that banks have been able to find relatively few lenders who are likely to actually pay the money back. Thus, without these loans, the inflation rate remains low. The Fed may still intervene and attempt to force the hand of banks with more regulatory pressure on banks exerted to force more loans. Or the Fed may resort to negative interest rates.

But one thing we should not expect are any significant increases in the target rate, or the Fed backing off its huge trillion-dollar portfolio of assets it has been buying to prop up asset price inflation and demand for US government debt. 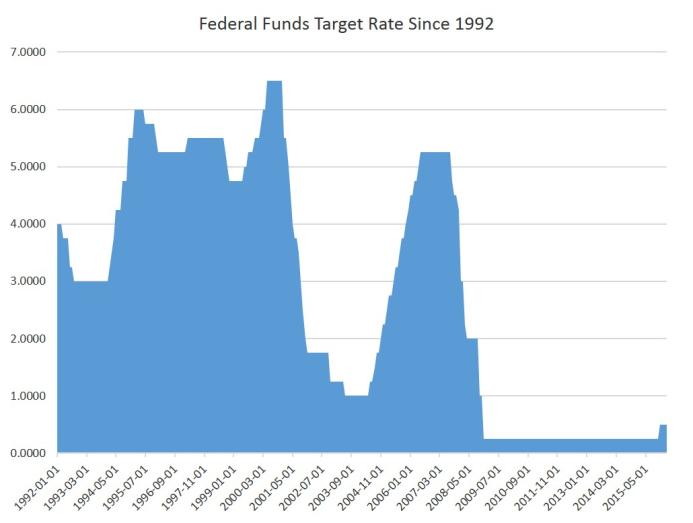 Understanding the Proper Meaning of "Equality"

Private property is not a privilege merely of the property owner, but a social institution for the good and benefit of all, even though it may at the same time be especially agreeable and advantageous to some.

Populism Worked for the Pro-Freedom Party in the Past. Can It Work Again?

Is it still possible to "rouse the masses of people against the elites that are looting them" in effective numbers? As late as 1992, Rothbard thought so. And he had historical examples on his side.

With new legalization measures coming to the ballot box, voters have the opportunity to take steps that would reduce the drive to make drugs stronger and more potent, and more deadly.

Changes in money supply and liquidity are not the same thing.

President Pence and VP Harris? It Could Happen.

Here's one scenario the markets perhaps have yet to consider. Thanks to the Twentieth Amendment, it's possible to end up with Pence winning the White House and Harris becoming VP.