One of the benefits of being an extremely powerful lobby in Washington is the ability to live off the taxpayers without ever having to tell the taxpayers what you do with their money. This includes two of the most powerful lobbies in DC: the Fed and the Pentagon.1

In recent years, thanks to Ron Paul, the "Audit the Fed" movement has gained a high profile in Washington and continues to be an election issue. Far less salient, however, is the issue of Auditing the Pentagon. And, unfortunately, like the Fed, the Pentagon is able to quash efforts to make the massive military establishment more transparent and more accountable in its spending.

Needless to say, the legislation went nowhere. Nevertheless, as The Guardian reports,

the GAO and Office of the Inspector General (IG) have published an endless stream of reports documenting financial mismanagement: $500m in aid to Yemen lost here, $5.8bn in supplies lost there, $8,000 spent on helicopter gears that really cost $500.

Meanwhile, according to sparse internal audits, the Pentagon doesn't know what happened to more than $6 trillion dollars spent in recent years. And, the Pentagon's own report admits the Pentagon wasted $125 billion (more than one-sixth of an entire year's budget) in "administrative waste."

In spite of its inability to submit to any sort of department-wide audit, the Pentagon likes to make a big show of things when it manages to pull off even the smallest bit of accountability. But even that usually turns out to be a matter of smoke and mirrors:

In 2014, the Pentagon celebrated the Marine Corps’s success at being the first military agency to pass an audit. But a year later it was found that the private accounting firm hired to carry out the audit, Grant Thornton, had not been thorough. The Marine Corps had desperately wanted to achieve a "clean" status, due to pressure from then defense secretary Leon Panetta to get its books in order.

In a scathing response to the debacle, Republican senator for Iowa Chuck Grassley said that the actions of the DoD IG showed a "lack of independence and flagrant disregard for audit ethics," calling the deputy IG for auditing "a Grant Thornton lapdog."

When information leaks out showing some of the extent to which the Pentagon can't keep track of the many taxpayers' dimes it's spending — as was the case with the report on that missing $125 billion — the Pentagon attempts to bury the evidence. According to the Washington Post, the Pentagon hid its report on waste because it feared Congress might "use the findings as an excuse to slash the defense budget, according to interviews and confidential memos." 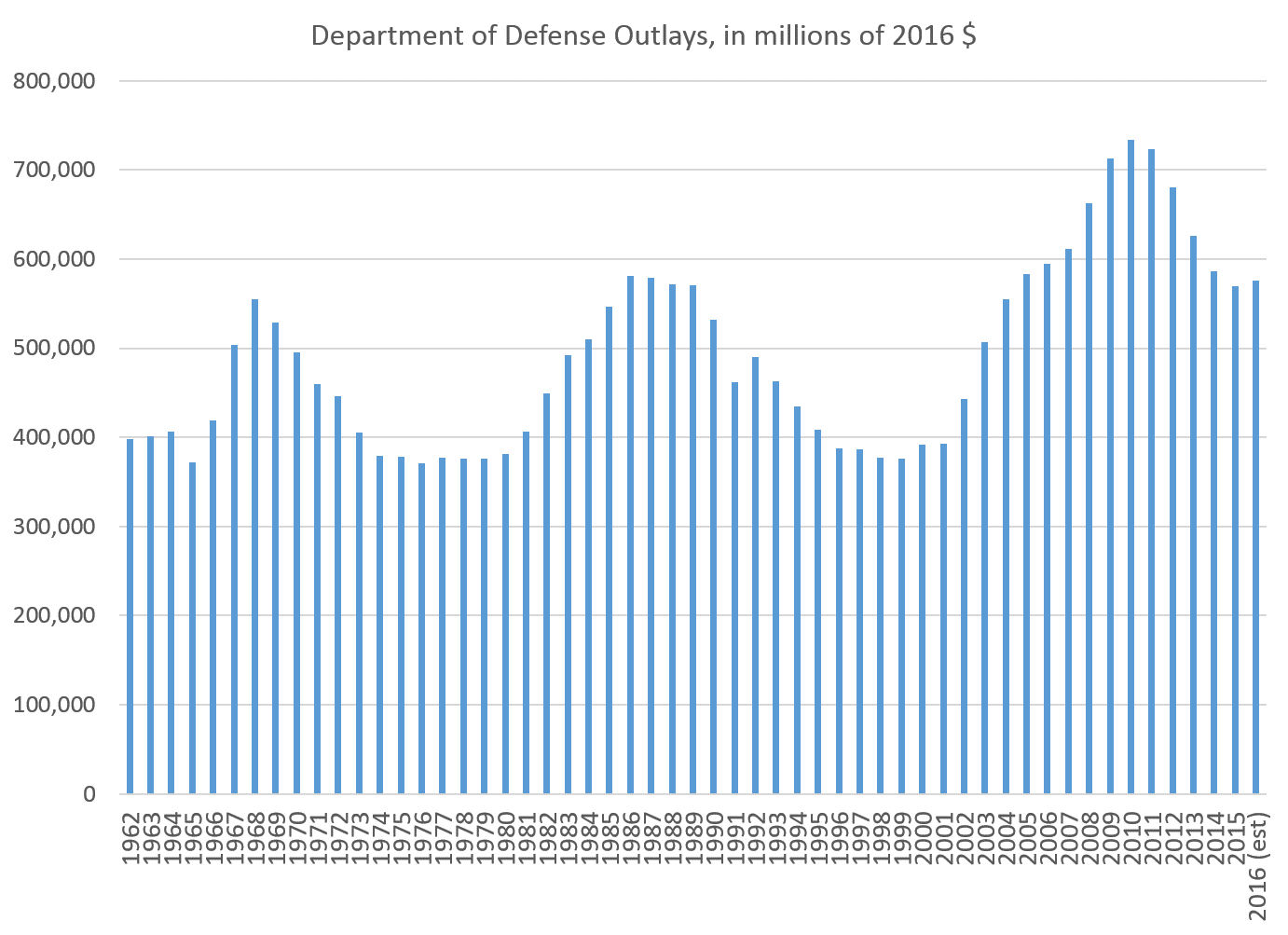 The Week reports how "a summary report had been made public, but was removed from the Pentagon's website, and they placed secrecy restrictions on the data."

This latter point, of course, illustrates one of the greatest weapons the Pentagon has in hiding its operations from the taxpayers. Whenever incompetence and malfeasance come up, the Pentagon can simply claim the details are secret and a matter of national security.

The tactic works in the broader sense as well. Often, those who want the Pentagon on a tighter leash or — god forbid — advocate for budget cuts are accused to endangering the American public. Or, more subtly, the Department claims that having to keep track of the taxpayer's money distracts from national defense. They even come right out and say it. According to The Hill:

a top official at the Pentagon sought to downplay the necessity of an audit, saying that overseeing the books “will never be the top mission of the department” because DoD’s first concern is to "defend the nation."

This "trust us" attitude, which demands that the taxpayers simply hand over a blank check, can only be pulled off because the taxpayers are repeatedly hoodwinked by the idea that the well-heeled special interests inside and behind the Pentagon seek only to "keep America safe."

This same attitude continues to allow supporters of the Pentagon to claim that the defense spending has been eviscerated even though defense spending is higher than it was during the Cold War under Ronald Reagan.

The real trend in government spending on the Pentagon is nothing other than long- and medium-term growth.

Of course, if the Pentagon is doing such a bang up job, it should have no problem at all with doing whatever it takes to put together a thorough audit. A real audit would allow the Pentagon to spend its money more efficiently — even assuming the Pentagon itself gets to define "efficiency."

In real life, every person is subject to audits by his employers and others to whom he is financially responsible. And then for the taxpayers there are the government audits, such as those that the IRS may impose on anyone it chooses. There are even the non-financial audits in the form of spying by the NSA and other government agencies.

And speaking of the NSA — its budget, and the budgets of more than a dozen other intelligence agencies — is classified, which means the taxpayers don't have a right to know how much they're paying to be spied on. It's only thanks to Edward Snowden that we know a little about it.

Even more so than military spending, intelligence spending is perhaps the greatest political scam outside of central banking.

Unfortunately, many voters continue to simply defer to what Pentagon lobbyists say they "need." The voters than conclude the Pentagon is entitled to taxpayer money unless someone can prove otherwise.

In a sane world, it would be the other way around. It would be assumed that the default position is zero spending. The burden of proof would be on government agencies — and their supporters — to justify every single regulation and every single dollar spent. It would simply be a matter of statutory law that if the Pentagon can't provide reputable audit documents verified by a third party, then the Pentagon's budget will be zero dollars.

But, we all know that never happens. Why submit to an audit when you can simply hire an army of lobbyists — also done at taxpayer expense — both in-house and through all the private "defense" contractors that live off the taxpayer-funded dole?