The Worst of All Monetary Policies 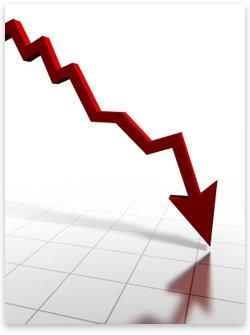 I. Monetary Expansion Is Kept Going

First, adding up the business volumes of commercial banks and the Fed provides a (much) better insight into the expansion of the monetary sector as a whole over time — especially so in times of the financial and economic "crisis."

Second, such an aggregation reveals that in times of crisis the central bank unmistakably puts the interest of the banking industry first, with its policy aimed at "restoring the banking sector back to health."

The Fed has expanded its balance sheet through providing additional credit to the commercial-banking system and purchasing (government and mortgage) bonds from banks and nonbanks. As a result, the combined balance sheet of commercial banks and the Fed rose to a record high of close to 115 percent of GDP in Q4 2011.

II. The Increase in the Stock of Payments

The expansion of the aggregated balance sheet of commercial banks and the Fed has been accompanied by a rise in the stock of payments in the form of M1. It has increased by 58 percent from August 2008 to February 2012.

However, it may also be due to the Fed's purchases of bonds from so-called nonbanks (for instance, private households, pension funds, and insurance companies). Under such operations the Fed increases the means of payments directly; it is a policy of increasing money by actually circumventing bank credit expansion.

The marked increase in the stock of payments in recent years is an unmistakable sign of what can be called, economically speaking, inflation, a view held by the Austrian School of economics.

Most important, a rise in the money stock actually prevents a rise in the purchasing power of money — which would have occurred had the Fed not ramped up the means of payments in the hands of commercial banks and nonbanks.

The rise in the money stock can be expected to translate into higher prices — be it prices for consumer goods (via, for instance, higher commodity prices) or prices for assets (such as stocks and real estate).

III. The Boom That Must End in Depression

The ongoing expansion of the money supply — a monetary policy of going well beyond measures of just keeping the money stock from shrinking — is indicative of attempts to keep the boom, caused by bank circulation credit expansion, going.

However, such a policy will not cure the economic and political malaise brought about by bank-circulation credit expansion in the first place. In fact, such a monetary policy will make things much worse going forward.

It will not only pave the way toward a deep depression, through which the economy will finally be brought back to equilibrium; it will also ruin the currency. Ludwig von Mises (1881–1973), in Interventionism: An Economic Analysis (1940), noted,

Against this backdrop, the conclusion is that the monetary policy of continuing to expand the money supply through bank-circulation credit provided at artificially lowered interest rates is actually the worst of all monetary policies.