World War II Did Not End the Great Depression 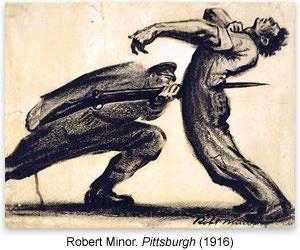 [This article originally appeared in the June 2009 issue of the Freeman as "The Great Depression and World War II." An MP3 audio file of this article, narrated by Keith Hocker, is available for download.]

The current economic climate has a lot of people talking about the Great Depression. In particular, it has been said by people of divergent political views (George Will and Paul Krugman, for example) that World War II ended the decade-long economic nightmare. Examining this claim is worthwhile because it has implications for whether government intervention generally — and in connection with war specifically — are good for the economy. Further, this examination will help us understand how policy changes alter incentives. Finally, it will shed light on features of the New Deal era that have ominous parallels with what's happening today.

In Depression, War, and Cold War, Robert Higgs divides the Great Depression into three phases. The Great Contraction occurred during the Hoover years and went from 1929 to 1933. During this period private investment fell by about 84 percent. This set the stage for the Great Duration, 1933–1945. As Higgs shows, GDP and private investment increased during the early years of the New Deal, but as the 1930s wore on, President Franklin Roosevelt became ever bolder about undermining property rights. This delayed complete recovery. Finally, there was the Great Escape, which occurred after and in spite of World War II, not because of it. Higgs argues that the Great Escape occurred as a result of a partial dismantling of the regulatory infrastructure that had grown up during the Depression and the war; in effect, it was a rediscovery of the market and a new birth of freedom for entrepreneurs and workers.

In discussing the Great Duration, Higgs introduces the term "regime uncertainty" to argue that the Roosevelt administration's aggressive interventions produced considerable uncertainty in the entrepreneurial environment. Investors did not know whether they would enjoy the fruits of their investments. One of my mentors in graduate school, a Keynesian, pointed out once that firms will not produce what they do not expect to sell. I would generalize this to say that they will not invest in what they do not expect to control. The possibility of incurring the costs of an investment without enjoying any of the benefits made private investment much less attractive.

How do we know that regime uncertainty was responsible for the lack of recovery? Higgs brings several types of evidence to bear on the issue. First, business leaders who were polled expressed uncertainty about the entrepreneurial climate. Second, and more convincingly, Higgs shows that the risk premiums on long-term corporate bonds were substantial, suggesting fear of expropriation. A firm that wanted to borrow long-term had to pay much higher interest rates than firms that wanted to borrow short-term. This spread increased dramatically during the Roosevelt years.

The Great Depression did more than chill the investment climate. In Crisis and Leviathan, Higgs argues that during a crisis a "ratchet effect" produces net increases in government discretion that are not completely reversed after the crisis. Two things happen when government intervenes. First, the bureaucracy naturally tends to expand beyond its stated goals — mission creep. Second, intervention alters incentives; that is, the creation of a bureaucracy to address some problem also spawns a rent-seeking pressure group with interests that will prevent reversion to the status quo ante.

Roosevelt's advisers saw in his program not merely a road to recovery but the opportunity to remake society. In FDR's Folly, Jim Powell, echoing an idea advanced by Milton Friedman, suggests that they "never appear to have considered the possibility that more power would magnify the harm done by human error or corruption."

Their intellectual approach was to contrast "actual capitalism with ideal government," with intervention judged not on the basis of its effects but of its intentions. Further, the intellectual program of the New Deal was inconsistent and often contradictory. Powell argues that pragmatism and political expediency ruled the day:

It didn't bother [Roosevelt] that New Deal policies contradicted one another. When an adviser gave FDR two different drafts of a speech, one defending high tariffs and the other urging low tariffs, FDR told the adviser: "Weave the two together." The Agricultural Adjustment Act forced food prices above market levels, in an effort to help farmers, but higher food prices hurt everybody who wasn't a farmer. The National Recovery Administration forced up prices of manufactured goods, hurting farmers who had to buy farm tools and equipment. Agricultural allotment policies cut cultivated acreage, while the Bureau of Reclamation increased cultivated acreage. Relief spending helped the unemployed, while corporate income taxes, undistributed profits taxes, Social Security taxes, minimum wage laws, and compulsory unionism led to higher unemployment rates. New Deal spending was supposed to stimulate the economy, but New Deal taxing depressed the economy.

The Depression and the War

What about World War II? Did it end the Great Depression? More generally, is war good for the economy? I answer both in the negative and borrow here from Ludwig von Mises: "War prosperity is like the prosperity that an earthquake or a plague brings."

As Higgs points out, because of the array of interventions in the wartime economy, war materiel was valued incorrectly and therefore the GDP data overstate economic conditions. Moreover, conscription and arms production gave a misleading employment picture. Instead, Higgs argues, the war was a period of capital consumption rather than capital accumulation. Tanks, bombs, and helicopters have limited uses outside of military applications. The labor that was used to produce them was not available to produce consumer goods and services; in fact, people went without consumer goods. The warships at the bottom of the world's oceans represented lost opportunities for real consumption and prosperity. Conflict is sometimes necessary, but we should recognize what wartime expenditures represent: destruction of life and resources. If a depression constitutes a widespread contraction in living standards, then the Great Depression cannot have ended during the war.

The illusion of wartime prosperity is rooted partly in how national income was calculated and partly in how the statistics were compiled. Gross Domestic Product, one measure of a country's output, is defined as the sum of consumption expenditure, investment expenditure, government expenditure, and net exports. A serious problem arises with government spending: How do we assess something not traded in markets? We can assess my computer, my shirt, and my pen because I voluntarily exchanged money for them. How do we assess government purchases? In the national-income accounting they are valued at cost, but at best this only tells us what those resources could have earned in alternative lines of production. The costs don't indicate the value of what the government has produced.

This problem was compounded by price controls during World War II — official prices simply did not reflect the true cost of the war. If we are going to have meaningful economic calculation, we need real market prices. Price controls and similar interventions introduce arbitrariness and uncertainty. Procurement at below-market prices is a way to mask the cost of any endeavor. Consider the draft, which forces people into military service at wages below what they would earn on the unhampered market. The amount spent on wages and board for conscripts is an underestimate of the real cost of maintaining the force.

Economists increasingly acknowledge that institutions — the rules, norms, and enforcement mechanisms that make up a society's structure of incentives — are important determinants of economic outcomes. Changing the rules changes people's incentives, and some of the long-run effects of the New Deal and World War II have encouraged people to use political means (expropriation and redistribution) rather than economic means (production and exchange) to gain wealth.

As an economist interested in institutions, I think that the relationship between the New Deal interventions and political incentives remains understudied. Higgs pointed out that part of the ideological and institutional legacy of the New Deal is apparent in the expanded powers exercised by the Bush administration. I anticipate further expansion under the Obama administration. The protectionism and interventionism of the last several years have created incentives to seek wealth by developing cushy relationships with government officials instead of developing products people want to buy at attractive prices.

The experience of the last several centuries and of the American economy during the Great Depression and wartime suggests that the kinds of plans people advocate during crises require knowledge that is not merely beyond political leaders' grasp but that can only be revealed by the competitive market process. As we move further into the 21st century, I can only hope that we take those lessons to heart.

This article originally appeared in the June 2009 issue of the Freeman as "The Great Depression and World War II." It is based on a talk presented at a meeting of Libertarians for Peace and the Libertarian Liberty League in Monterey, California, on January 6, 2009. The author thanks the audience, particularly David Henderson, for comments.