GET NEWS AND ARTICLES IN YOUR INBOXPrint
A
A
Home | Mises Library | The Winner's Curse? 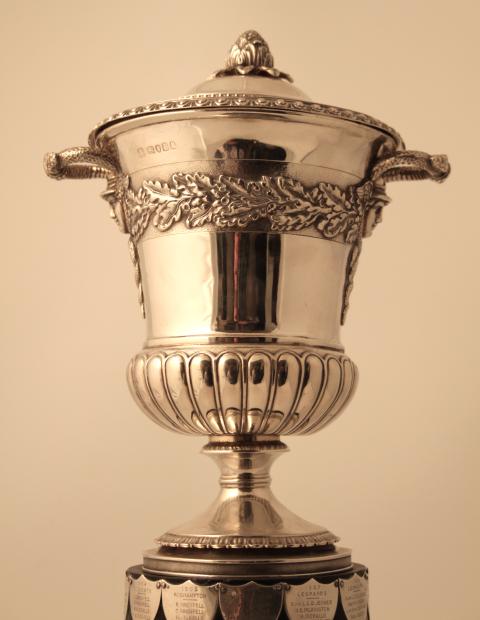 In previous articles, the present author pointed out the distressing tendency of many neoclassicals to contrast the "naïve" conclusions of the layman with the counterintuitive, "correct" reasoning of the expert economist. It was found that not only was the analysis of the economists based on unrealistic models, but that the "surprising" conclusions themselves depended crucially on the introduction of false premises. If the premises were tailored to reality, it would then remain an open question whether the intuitive approach were still "irrational."

Another example of this neoclassical habit occurs in Richard H. Thaler’s The Winner’s Curse: Paradoxes and Anomalies of Economic Life. (The fact that Thaler falls prey to the same habits as other mainstream writers is a bit surprising, since The Winner’s Curse is actually a book showing the limits of the orthodox theory.) For fairness and background, the following extensive quote from the Introduction is offered:

A friend of yours is the Chairman of the Acme Oil Company. He occasionally calls with a problem and asks your advice. This time the problem is about bidding in an auction. It seems that another oil company has gone into bankruptcy and is forced to sell off some of the land it has acquired for future oil exploration. There is one plot in which Acme is interested. Until recently, it was expected that only three firms would bid for the plot, and Acme intended to bid $10 million. Now they have learned that seven more firms are bidding, bringing the total to ten. The question is, should Acme increase or decrease its bid? What advice do you give?

Did you advise bidding more or less? Most people’s intuition in this problem is to bid more. After all, there are additional bidders, and if you don’t bid more you won’t get this land. However, there is another important consideration that is often ignored. Suppose that each participant in the auction is willing to bid just a little bit less than the amount he or she thinks the land is worth (leaving some room for profits). Of course, no one knows exactly how much oil is in the ground: some bidders will guess too high, others too low. Suppose, for the sake of argument, that the bidders have accurate estimates on average. Then, who will be the person who wins the auction? The winner will be the person who was the most optimistic about the amount of oil in the ground, and that person may well have bid more than the land is worth. This is the dreaded winner’s curse. In an auction with many bidders, the winning bidder is often a loser. A key factor in avoiding the winner’s curse is bidding more conservatively when there are more bidders. While this may seem counter-intuitive, it is the rational thing to do….[T]he theory of rational bidding advises bidding less when the number of bidders increases, yet most people would end up bidding more. (1-2)

When the present author first read this argument, he rejected it as nonsense, for he could dream up counterexamples to the advice supposedly offered by "the theory of rational bidding."

For example, suppose a man is submitting a bid for a painting by an unknown, mediocre artist. Suppose further that the man is the great-grandson of the artist, and thus desires the piece as a family heirloom. The man knows full well that he will likely place a much higher monetary value on the object than other bidders will, so he certainly will not bid his reservation price.

There are all sorts of strategies he might adopt, depending on his treatment of uncertainty. For example, he might estimate the highest rival bid that could "reasonably" be expected, and bid one more dollar. Thus, the more people involved in the auction, the higher will be his bid, and there is nothing irrational about this. He certainly will not mistakenly bid more than he values the piece of art and later regret his action. Although the man will certainly hope that other people follow Thaler’s advice (since this will save him money), he himself will reject it as foolish.

There are two main reasons that the example of the man bidding on the heirloom does not fall under the jurisdiction of Thaler’s "theory of rational bidding." First and most important, it was assumed that the man really knew how much he valued the art; clearly there can be no winner’s curse when this is the case.

Now, Thaler lets the reader know that in his oil example, this is not the case ("Of course, no one knows exactly how much oil is in the ground..."). But he only reveals this after forcing the reader to give advice to the hypothetical friend. There was nothing in the initial paragraph specifying the uncertainty of the ground’s value to the firm, and the reader should not be scolded for assuming this to be known.

The second crucial difference between the oil and art examples is that Thaler’s analysis is based on a common value auction model, in which the object has the same monetary value to every bidder. Thaler never specifies this crucial assumption. For all the reader knows, Acme could have a superior extraction operation, such that land holding 10 million barrels of oil is worth more to it than the same land would be worth to rival companies.

Thus it is clear that Thaler’s analysis depends on two assumptions which the average reader—and indeed, the average Austrian economist—would never make: that people derive the same utility from objects in an auction, and yet that people are not certain of their own (shared) valuation.

It should be pointed out that the winner’s curse is indeed an interesting theoretical possibility, and there does exist some empirical evidence to suggest that, e.g., oil companies routinely overbid for auctioned land. (This does not mean that the "value" of the auctioned land is something other than what someone was willing to pay for it. Rather, it seems that oil companies often receive very poor returns on their investments in new fields. If this is because of the winner’s curse—because their experts were too optimistic in their estimates—then the companies themselves would regret making such a high bid.)

Moreover, study of the specific model Thaler has in mind (which he does carefully explain later in the book) offers some surprising results that might interest even the Ausrian economist.

First, it should be noted how many assumptions are needed to get Thaler’s result (and some have still probably been overlooked). This notwithstanding, the Hayekian might be intrigued by the outcome: No one really knows what the market value of the object will turn out to be; each person has only seen one sample of its value, so to speak. Now if some "central planner" could view all of the dispersed knowledge (i.e. see all of the realizations of the random variable), as n tended to infinity, the planner would know the true characteristics of the object. (For example, he could just take the average of everyone’s signal, since the samples are unbiased.)

But the result cited above shows that no such planner is needed. Each person needs only make the equilibrium bid (which will be higher based on the private signal received, but lower based on the total number of bidders)—intending nothing else but to make as much money as possible—and the spontaneous outcome is that the winning bid (obviously coming from the person receiving the highest private signal) is the correct one. So in a sense, the auction allows all of the dispersed knowledge to be pooled, even though no one intends this outcome.

People cannot rely directly on each other’s knowledge, but the auction institution allows them to rely on each other indirectly: Ex ante, each person knows that his bid will only matter if everyone else bids lower. This certainly does give the bidder more information than his private signal alone.

The winner’s curse is indeed an interesting concept, and the mainstream auction models do merit some study. But as is so often the case, those working with such models day in and day out forget how tremendously their results depend on assumptions which are never quite met in the real world.