GET NEWS AND ARTICLES IN YOUR INBOXPrint
A
A
Home | Mises Library | Will We Run Out of Energy?

Will We Run Out of Energy? 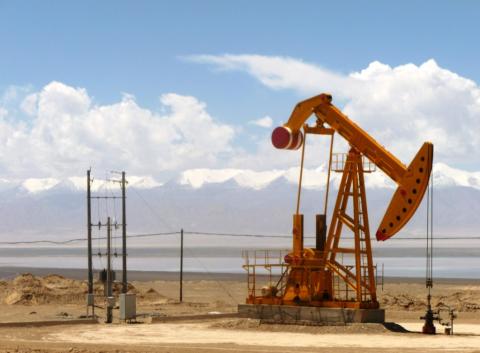 With gas prices exceeding $2 per gallon, an alarmed American public is prone to believe scary predictions about a future without gas. And so into this hyper-charge environment will step a number of commentators who claim to marshall all the data to show that we must dramatically change our lives.

For example: "Civilization as we know it will come to an end sometime in this century unless we can find a way to live without fossil fuels." Alarmist David Goodstein begins and ends his new book, Out of Gas, with this warning.

According to Goodstein's worst case scenario, an oil crisis in the near future may lead to "Runaway inflation and worldwide depression [leaving] many billions of people with no alternative but to burn coal in vast quantities for warmth, cooking, and primitive industry. The change in the greenhouse effect that results eventually tips Earth's climate into a new state hostile to life.1 End of story" (p. 37).

Dire warnings about oil shortages have been around almost since oil wells were first drilled. In the late 1800s, the oil fields in the eastern U.S. were in decline raising doubts about the possibility of providing for energy needs. The U.S. Geological Survey was founded at this time in part because of fears of oil shortages.2 Then the discovery, in 1897, of a single oil well in northeastern , the famous Nellie Johnstone #1, started the oil boom and temporarily ended any threat of an oil shortage. Even though past forecasts of oil crises have continually been proven wrong, there's no shortage of additional predictions of this sort.

Goodstein's book is the latest work to use the Hubbert model to predict an oil crisis. Marion King Hubbert, a geophysicist and a geologist for the USGS, is known for predicting, in 1956, that oil production would peak in 1970 and decline thereafter. This peak has come to be known as Hubbert's peak and is used to allegedly demonstrate that the current demand for oil will lead to a crisis and that that crisis is nearly upon us.

Goodstein applies Hubbert's argument to world oil production and concludes that world oil production will begin a continuous decline in the near future. The world is nearing Hubbert's peak and Goodstein expects the "crisis to occur when the peak is reached, rather than when the last drop [of oil] is pumped" (p. 30). And market forces will not prevent this crisis.

While Goodstein can't predict for certain, he notes that "we can all too easily envision a dying civilization, the landscape littered with the rusting hulks of useless SUVs," which could lead to "Oil War III" (p. 31). And as "we learned in 1973, the effects of an oil shortage can be immediate and drastic, while it may take years, perhaps decades, to replace the vast infrastructure that supports the manufacture, distribution, and consumption of the products of the . . . oil we Americans alone gobble up each day" (p. 18). In short, the crisis will be so severe that energy suppliers might not be able to make the adjustments needed to save civilization.

Goodstein has a solution, though. Science and the "laws of nature" cannot be changed. We can, however, change the "laws of people." Goodstein prescribes energy conservation and weaning ourselves off of fossil fuels. We also need higher gasoline prices and we must use hybrid cars, insulate our homes better, redesign our cities, improve public transportation, and move towards other energy sources such as nuclear power and solar power.3

The problems with Goodstein's conclusions, and this applies to Hubbert's followers in general, begin with his reliance on empirical findings to generate the Hubbert curves. He projects decreases in the rate of growth of oil production into the future and then estimates the date of Hubbert's peak and the resulting decline in available oil. However, empirical findings do not always support this thesis.

Many countries' oil production curves are not shaped like Hubbert's bell curve. For example, some oil production curves have multiple peaks. This does not discourage Goodstein. The exact timing of Hubbert's peak is not the essential issue. The important lesson is that "the crisis will come . . . when the rate at which oil can be pumped out of the ground starts to diminish" (p. 37).

However, oil production curves that do not conform to Hubbert's model create insurmountable problems for Hubbert's followers. Since oil production curves have multiple peaks, the problem then becomes one of determining which peak is the final peak. A Hubbertarian needs to know the timing of the final peak in order to determine the start of the crisis.

One cannot predict that the crisis is near unless one knows that the oil production decline is a permanent one. Oil production declines will tend to lead to increased incentives to find more oil reserves preventing the decline from becoming a crisis. In order to predict a crisis, Hubbertarians need to be secure in their assumption that the decline is permanent and empirically this assumption is suspect.

The alarmists have repeatedly underestimated future production capabilities. Even recent predictions about future oil reserves have been revised upward due to the discovery of the Kashagan field in and the Azadegan field in . Any upturn in production anywhere seems to take the Hubbertarians by surprise. Simply put, Goodstein and his kind continually underestimate future oil projections (and much oil remains undiscovered.)

Venezuela's Orinoco heavy oil belt is estimated to have over 1 trillion barrels of reserves and the reserves in Canada's Athabasca Tar Sands are estimated to be as high as 1.8 trillion barrels. In addition, there are large deposits of oil shale in the and several other countries. While most of these reserves are not financially viable at this time, we know these reserves are in place. Higher energy prices or advanced technologies might make it feasible to use this unconventional oil.

Empirical refutation does not deter the Hubbertarians, however. One Hubbert acolyte, Colin J. Campbell, anticipating a negative response to his changing data sets, defends himself: "critics relish pointing out how the assessment has evolved over time, taking it as evidence that depletion studies are meaningless. A good response would be to quote the famous economist, Maynard Keynes, who on being accused of inconsistency replied. "When I have new information, I change my conclusions. What do you do? Sir."4 I suppose that it's encouraging to find a Hubbertarian quoting any economist given their lack of understanding of the fundamentals of economics.

An even more critical failure of the Hubbertarians, including Goodstein, is their assumption that geological considerations in oil producing regions are the deciding factors in determining available oil reserves. For Goodstein, a decrease in reserves indicates a lack of potential exploration opportunities.

He overlooks the role that investment plays in oil exploration. While Goodstein recognizes the argument that market forces will respond to a potential oil shortage, he dismisses this possibility out of hand. While geology is a factor affecting oil reserves, investment in exploration, driven by the demand for energy, determines reserve levels.

If the demand for oil begins to exceed available oil production, oil prices will rise. This price increase indicates that there is a need for more oil, or energy substitutes, and provides an incentive for oil producers to find more oil reserves. A potential oil shortage will lead to an increase in existing oil reserves in three ways.

First, higher oil prices will lead to more exploration and the discovery of new oil fields.

Third, rising oil prices increase oil reserves even without any additional exploration or changes in technology. Reserves are the estimated amounts of discovered economically viable oil production. At higher prices it's profitable to recover more of the oil available in previously discovered fields. We therefore have more oil reserves simply by having higher oil prices.

Regarding the possibility of finding non-hydrocarbon substitutes for oil, Goodstein concedes that we will need to use energy substitutes, he prefers solar and nuclear power, but apparently rejects the possibility that free markets will solve this problem. According to Goodstein, energy markets failed us in the past and we can't rely on them in the future.

This leads to another one of Goodstein's oversights, namely his failure to attribute energy problems to government intervention. He fails to note how intervention instigated and prolonged the energy problems of the 1970s. To recap, in response to the government's support for in the 1973 war, OPEC restricted its oil production. Oil prices roughly quadrupled within 90 days. The government responded with price controls on oil and gasoline.

The controls on gasoline were short lived, given that the effect of the controls, long lines of buyers waiting to purchase gasoline, were obvious and were a political liability. However, the oil price controls lasted until 1980 and were followed by a heavy windfall profits tax on oil production. In addition, the oil severance tax rates and gasoline taxes increased during this time as states took advantage of the energy situation to swell their budgets. Also, environmental regulations became more stringent making oil exploration increasingly more difficult.

All of these policies harmed oil production and strengthened OPEC's market power. Attributing the energy crisis to market failure shows that Goodstein fails to see the role that private markets play in providing for our energy needs.

Goodstein also disregards how intervention is currently interfering with the discovery and production of oil. Taxes and regulations reduce projected net oil prices and investors react by cutting exploration funding. Also, the government restricts exploration in areas such as the Arctic National Wildlife Refuge and the Outer Continental Shelf.

Intervention in foreign countries has also had a negative effect on oil exploration. For instance, OPEC's production restrictions in 1973 led to decreased exploration in OPEC countries. These countries saw little need in further exploration for oil that they wouldn't be able to sell for years. The nationalization of these foreign oil sources has also led to less competition and less exploration.

Also, exploration in and fell sharply after 1980 due to the Iraq/Iran war. The two Gulf wars and a decade of severe trade sanctions also prevented from developing its oil fields over the last 14 years.

The former provides another example of how political decisions have affected exploration decisions. While there have been recent discoveries in the FSU, political instability in this region has made oil exploration a risky proposition.

The point is that government intervention, here and abroad, tends to negatively affect oil exploration and production. Removing these political restrictions would tend to increase our available oil reserves. The Hubbertarians tend to overlook this possibility.

Let me first note a positive in Goodstein's work. He spends much of his book providing us with a brief history of energy and discussions about energy issues such as thermodynamics and electromagnetism. These sections are both interesting and entertaining. However, this does not make up for his lack of economic understanding.

Goodstein depends on empirical findings while ignoring the data that contradicts his argument. He ignores the fact that energy alarmists have always underestimated future oil supplies and he dismisses the possibility of developing vast quantities of unconventional sources of oil.

Though the book has received favorable press5 for alerting us to alleged energy problems that confront us, its main value is that it compiles the economic fallacies regarding a potential energy crisis into a single slim volume.