GET NEWS AND ARTICLES IN YOUR INBOXPrint
A
A
Home | Mises Library | Will Immigration Force a Change in Sweden’s Labor Laws?

Will Immigration Force a Change in Sweden’s Labor Laws? 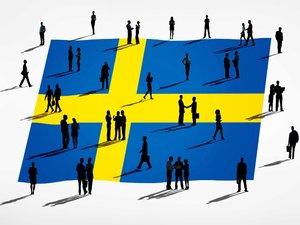 Sweden might be heading toward reform of its very rigid labor laws, which include labor union control of wages and “last in — first out” hiring and firing rules. This means the previously most-untouchable tenet of the Swedish welfare state is finally being discussed as a problem, not a value. And the reason for this change of tone is the immigration crisis.

That Sweden struggles with immigration has become common knowledge. What is little known, however, is that the problem is not the immigration volume per se. There is plenty of room in Sweden but the country, given the welfare state, is in desperate need of young people to enter the labor force as the baby boomers en masse enter retirement.

The main problem is integration of those who immigrate: they are prohibited to work until their asylum or petition for residency has been approved. In other words, they are a cost in the state’s budget and a burden for taxpayers — often for many years — while bureaucrats process their application. Another effect of this is that immigrants aren’t integrated into Swedish society, since they’re effectively kept out of interacting with “ethnic Swedes” through the normal meeting places: school, the workplace, the commute, and so on.

A major force against allowing immigrants to get integrated into Swedish society is the powerful labor unions. Not only do they control the level of what is not formally — but is effectively — a minimum wage in most occupations, but they also have veto power in approving permanent residency status. Recent examples of the absurdity of this system include the long-time owner of a small business who (on paper) made the equivalent of 50 cents per day below the average salary of union members in this industry. This was deemed to be “too little,” and therefore doesn't meet the formal requirements to make a living. Consequently, and on the labor union’s recommendation, he was deported along with his family after many years living in Sweden.

The Role of Labor Unions

The labor unions are routinely invited to comment on the salaries earned by immigrants who have already made it through most of the hoops (that is, who have been permitted to work). Unless they earn a sufficiently high salary, which is based on what others make in the same line of business, they are deemed unable to care for themselves and therefore deported. The labor unions, when asked, respond not with their required “minimum” wage but with the “average” wage earned by their members. In other words, unless immigrants in a certain line of work make at least as much as the average of those already employed, they might face deportation.

This type of protection measure is part of the very rigid Swedish labor laws, which also mandate employers to fire in the opposite order they hire: “last in — first out.” Needless to say, this means employers refrain from hiring unless absolutely necessary. It also means they will need to fire (without the possibility of rehiring) productive workers hired after a “bad apple” employee. This type of “protection” of course only leads to a static labor market, where very few workers change jobs as they will then face greater odds of unemployment regardless of their qualities or value to the employer.

Salaries are also set by the labor unions who in centralized negotiations with employers’ alliances decide on changes in wages for the whole country. While this is referred to as “negotiation,” the labor unions have always been negotiating with the threat of legal action: the social democrats, who ruled the country for most of the twentieth century, would legally mandate wage increases unless the parties to the labor market could agree “voluntarily.”

The Consensus Is Failing

This centralized model has always been a core part of the Swedish welfare state, and it has been beyond any type of scrutiny. Indeed, the “Swedish model” is based on this rule by the social democratic labor unions through “negotiation” with employers’ alliances under the threat of legal action by the other wing of the social democratic movement: the party.

But due to the recent increase in migration and millions of refugees seeking shelter, the failing integration of migrants was soon in the public eye — and with it the realization among the public of a major downside to the rigid labor market. This has led to a situation where there is an emergent discussion on the inability of the Swedish model to include new workers — whether they are ethnic Swedes graduating college or migrants from other countries — and possible solutions.

Who knows? Maybe this core of the Swedish welfare state will soon crumble. And as a result, both Swedes and immigrants will be better off.

Per Bylund is assistant professor of entrepreneurship & Records-Johnston Professor of Free Enterprise in the...