GET NEWS AND ARTICLES IN YOUR INBOXPrint
A
A
Home | Mises Library | Wikipedia: What Is It Good For?

Wikipedia: What Is It Good For? 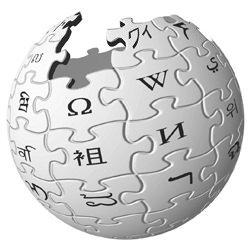 There are a lot of bad things said about Wikipedia, the ninth most-visited destination on the internet. An encyclopedia that anyone can edit, critics argue, is one that is vulnerable to endless mistakes.

Such criticisms have been raised by skeptics since Wikipedia's creation in 2001. Despite the critics, Wikipedia has grown to include 8.2 million articles in 253 different languages. The English Wikipedia alone includes nearly two million articles, and has a word-length fifteen times that of the Encyclopedia Britannica. Wikipedia is the single largest encyclopedia ever assembled, having long since surpassed the Yongle Encyclopedia of 15th century China.

The man credited with founding Wikipedia, Jimmy Wales — known to Wikipedians as "Jimbo" — was a finance major at Auburn University when the Mises Institute's Mark Thornton suggested he read "The Use of Knowledge in Society," a now-famous essay written by Austro-libertarian economist and Nobel laureate Friedrich von Hayek. The essay argues that prices in the market represent a spontaneous order that results from the interaction of individuals with diverse wants, allowing them to cooperate to achieve complex goals. According to a June 2007 Reason magazine interview, this insight of Hayek's is what led Wales to found Wikipedia. The rather lofty vision that inspired Wales? "Imagine a world in which every single person on the planet is given free access to the sum of all human knowledge. That's what we're doing."

While that ultimate goal imagined by Wales for Wikipedia has not yet come to fruition, there is no questioning the breadth and usefulness of Wikipedia. Those who refused to believe that a user-generated encyclopedia could compete with the monolithic, traditional encyclopedia written by experts and organized by professional editors, were no doubt shocked when Nature magazine published a 2006 article comparing Wikipedia to the well-known Encyclopedia Britannica. The article concluded that Wikipedia articles were comparable in accuracy and thoroughness to those of the older, paper encyclopedia.

According to a 2007 study by the Pew Research Center, Wikipedia is by far the most popular educational and reference destination on the web, with nearly a quarter of the total traffic to such sites going to the free encyclopedia. According to the study, "Wikipedia has become the No. 1 external site visited after Google's search page, receiving over half of its traffic from the search engine." All that traffic does not include sites that syndicate Wikipedia content, such as Ask.com.

Such syndication is free thanks to the special license agreement to which all contributors consent when adding content to the encyclopedia. The GNU Free Documentation License (GFDL) allows for royalty-free reproduction — in original or modified form — even in for-profit projects. While some images in the project are utilized under "fair-use" doctrine, the vast majority of images and text are either subject only to the GFDL or are in the public domain.

But how does such a polycentric — even anarchic — system, composed of editors acting independently and for their own reasons, result in such an utterly useful resource? The answer goes back to the Hayekian inspiration for the project. Because editors receive both psychological satisfaction and material usefulness from their contributions, the project has grown to include safeguards that help guarantee that the development of the project will move in a positive direction — towards broad, accurate articles that depend on reliable, verifiable sources.

One could very aptly describe the Wikipedia system for directing the development of the project as being a common law system of sorts. The encyclopedia has basic policies — the constitutional law of Wikipedia — which require that articles be written from a neutral point of view, make use of verifiable sources, and include no original research. Less concrete are "guidelines," which are rules based on commonly followed interpretations of policies — very similar to judicial precedents — that help users to contribute in a manner that upholds the policies. Guidelines are generally followed because they have been accepted by the community as the means by which to avoid editing disputes and thus direct more energy to productive ends. Below guidelines are "essays" — arguably the dicta of Wikipedian law — which may be seen as the musings of individual users regarding certain conflicts or inefficiencies in the system.

Whenever a content dispute does arise between editors on the "talk" pages that accompany each article, there are a host of dispute resolution options available. The community has created the "Third Opinion" board, where editors at loggerheads can request an outside perspective on a disagreement. There is also the "Request for Comment" process, where one editor may request formal oversight by the community at large, and particularly by veteran editors whose informed opinions usually carry more weight than those of new users. There are also the Mediation and Arbitration Committees, which are for solving more complex, ongoing disputes, and who actually refer to past precedents in making judgments.

Wikipedia's reflection of market dynamics is most easily observed in what many people view as the project's weakest areas: obscure articles that draw little traffic. In articles about third-rate garage bands and other topics of limited interest, one will often find factual and typographical errors at a much higher rate than in high-traffic articles such as those on "England" or "Barry Bonds." The much higher demand for information about the latter topics means that many more eyes will be combing those much-demanded articles for mistakes.

Since Wikipedia is open to correction by anyone, it stands to reason that the articles attracting more potential editors will be of a higher quality. Rather than a failure, this is a great demonstration of Wikipedia's efficient allocation of resources. The project, like any other, has a finite amount of productivity to apply to its various activities. It is a positive thing that those articles in greatest demand — those about topics of popular curiosity — would be the ones that are the most complete and reliable.

The entire system, which is fabulously complex and robust to the contributing editor, is remarkably simple for the basic user, who only wants to find data on an unfamiliar topic. So long as one exercises discretion in accepting information from Wikipedia, and so long as one's research extends beyond the Wikipedia article to the sources it cites, Wikipedia is an exceptional resource that is unique to our generation.