The Why of World War I 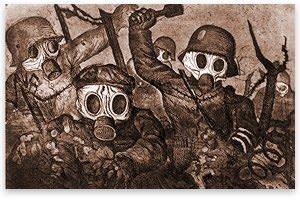 The second edition of this outstanding book includes two new chapters, one of which merits extensive notice. (The other is by myself.) In "World War I: The Turning Point," Ralph Raico brilliantly encapsulates the origins of the Great War, the factors leading to American entry into the conflict, and the deleterious effects of the war on the American economy and polity.

During the 1920s, revisionist historians such as Sidney Fay and Charles Tansill challenged Article 231 of the Treaty of Versailles, which blamed Germany and her allies for the war's outbreak. Owing to their efforts, a moderate revisionist position became the consensus view during the 1930s: none of the major powers desired a European war, and the catastrophe resulted from miscalculation and botched diplomacy.

Since the 1960s, majority opinion among historians has shifted back to the Versailles verdict. Fritz Fischer's 1961 work, Germany's Grasp for World Power, has proved especially influential. Raico resolutely sets himself against current fashion: "It can be stated with assurance that Fischer and his followers have in no way proven their case" (p. 213).

True enough, the Germans encouraged Austria to deal decisively with Serbia following the assassination of Archduke Franz Ferdinand. But to accept a local conflict is not to will a European conflagration, and Germany's policies were no more bellicose than those of the Entente powers. "[T]here is no evidence whatsoever that Germany in 1914 deliberately unleashed a European war which it had been preparing for years" (p. 214).

Whoever bore primary responsibility for the European war, one thing was immediately clear. No valid reason existed for the United States to become involved. To do so would fly in the face of the American tradition of noninvolvement in European power politics.

Sentiment in the United States overwhelmingly opposed involvement, and President Wilson accordingly called for neutrality. "This was somewhat disingenuous, considering that his whole administration, except for the poor beleaguered Secretary of State, William Jennings Bryan, was pro-Allied from the start. The President and most of his chief subordinates were dyed-in-the-wool Anglophiles" (p. 220).

In line with his pro-British bias, Wilson turned a blind eye to the British hunger blockade of Germany, even though it often violated America's rights as a neutral power. At the same time, the president was quick to protest German countermeasures to the blockade, especially submarine warfare. Wilson's partisan policy, combined with Germany's persistence in submarine warfare, led to America's entry into the war in April 1917.

Raico makes clear that American participation in the war had disastrous consequences for liberty. "In fact, 'democracy' was already beginning to mean what it means today — the right of a government legitimized by formal majoritarian processes to dispose at will of the lives, liberty, and property of its subjects" (p. 234). Wilson carried out his work of destruction with his customary sanctimoniousness. He denied that conscription infringed on liberty: "It is, rather, selection from a nation which has volunteered in mass" (p. 237, quoting Wilson).

Dr. Raico displays a full mastery of the enormous literature on the war and manifests a fine eye for apt quotation. On one point, I think him unduly severe. When he says that Gavrilo Princip "had just turned twenty" when he shot the Archduke and his wife (p. 210), he makes Princip subject to the death penalty. Princip in fact escaped with a life sentence, since he was only nineteen when he fired the fatal shots.