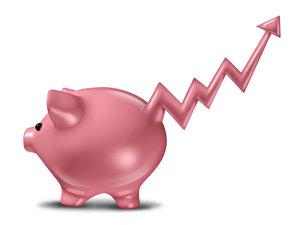 The Fed is seemingly slightly out of step with other central bankers as it recently hinted at possible future rate hikes in the official announcement following its March 20, 2015 meeting. But as many commentators have recognized, Janet Yellen, a strong proponent of Keynesian more-inflation-as-cure-for-unemployment policy, later downplayed the significance of the announcement. She was careful to indicate that rates would stay low for the near future and when (and if) rate increases begin, they will be measured. The Fed, like central bankers elsewhere, stays committed to a 2 percent inflation target as it continues a policy driven by a fear of deflation, a fear that is not supported by either good economic theory or economic history properly interpreted.

The errors of deflation-phobia can be drawn from Philipp Bagus’s excellent and recently released In Defense of Deflation. Bagus points out

In the economic mainstream, there are basically two main strands in contemporary deflation theories. The first strand can be represented by economists who in some way are inspired by Keynesian theories like Ben Bernanke, Lars E.O. Svensson, Marvin Goodfriend, or Paul Krugman. The first group fears that price deflation might put the economy in a liquidity trap and opposes all price deflation categorically. It represents the deflation phobia in its clearest form.

It is these theorists and their colleagues who currently dominate central bank thinking and make the case (weak and often only asserted as an imperative) for a positive inflation buffer.

Bagus does recognize a second group of mainstream economists with a more balanced view of deflation:

The second strand has representatives like Claudio Borio, Andrew Filardo, Michael Bordo, John L. Lane, and Angela Redish. Inspired by the Chicago School, the second group is more free market oriented. Bordo, for instance, received his doctoral degree from the University of Chicago. This group distinguishes between two types of deflation: good deflation and bad deflation.

However, the main water carriers against this erroneous overemphasis by economists and the mainstream press on the alleged evils of deflation have been the Austrians. In his essays “A Reformulation of the Austrian Business Cycle Theory” and “An Austrian Taxonomy of Deflation” Joseph Salerno dismantles deflation-phobia and illustrates the benefits of higher interest rates. Moreover, “A Reformulation” is also a strong argument on why current policy retards recovery and why a policy which would allow financial markets to adjust to a new higher natural rate of interest is essential for restoring normalcy and prosperity. Salerno begins with examining why it is so unpleasant when an economy must adjust to fix the malinvestments and overconsumption that appeared in the boom phase:

The ABCT, when correctly formulated, does indeed explain the asymmetry between the boom and bust phases of the business cycle. The malinvestment and overconsumption that occur during the inflationary boom cause a shattering of the production structure that accounts for the pervasive unemployment and impoverishment that is observed during the recession. Before recovery can begin, the production structure must be painstakingly pieced back together again in a new pattern, because the intertemporal preferences of consumers have changed dramatically due to the redistribution and losses of income and wealth incurred during the inflation. This of course takes time.

At the heart of the problem is the fact that central bank-induced inflation has “wreaked havoc” on prices and consequently on economic calculation:

In addition, the recession-adjustment process is further prolonged by the fact that the boom has wreaked havoc with monetary calculation, the very moorings of the market economy. Entrepreneurs have discovered that their spectacular successes during the boom were merely a prelude to a sudden and profound failure of their forecasts and calculations to be realized. Until they have regained confidence in their forecasting abilities and in the reliability of economic calculation they will be understandably averse to initiating risky ventures even if they appear profitable. But if the market is permitted to work, this entrepreneurial malaise cures itself as the restriction of demand for factors of production drives down wages and other costs of production relative to anticipated product prices. The “natural interest rate,” i.e., the rate of return on investment in the structure of production, thus increases to the point where entrepreneurs are enticed to renew their investment activities and initiate the adjustment process. Success feeds on itself, entrepreneurs’ spirits rise, and the recovery gains momentum.

The market can only cure itself, Salerno explains, if prices are allowed to adjust, including decreases in “wages and other costs of production relative to anticipated product prices.” At the same time, it’s the resulting “steep rise” in real interest rates that draws capitalists and entrepreneurs back into the marketplace:

The rise in the natural interest rate that overcomes the pandemic demoralization among capitalists and entrepreneurs and sparks the recovery is reflected in the credit markets. For recovery to begin again, there needs to be a steep rise in the “real,” or inflation-adjusted, interest rate observed in financial markets. High interest rates do not stifle the recovery but are the sure sign that the readjustment of relative prices required to realign the production structure with economic reality is proceeding apace. The mislabeled “secondary deflation,” whether or not it is accompanied by an incidental monetary contraction, is thus an integral part of the adjustment process. It is the prerequisite for the renewal of entrepreneurial boldness and the restoration of confidence in monetary calculation. Decisions by banks and capitalist-entrepreneurs to temporarily hold rather than lend or invest a portion of accumulated savings in employing the factors of production and the corresponding rise of the loan and natural rates above some estimated “true” time preference rate does not impede but speeds up the recovery. This implies, of course, that any political attempt to arrest or reverse the decline in factor and asset prices through monetary manipulations or fiscal stimulus programs will retard or derail the recession-adjustment process.

A separate paper co-authored by Mr Borio argued that periods of deflation has less economic costs than sustained falls in property prices. Its analysis of 38 economies over a period of more than 100 years showed economies grew by an average of 3.2pc during deflationary periods, compared with 2.7pc when prices were rising.

It said drawing blind comparisons with the 1930s were misguided. “The historical evidence suggests that the Great Depression was the exception rather than the rule,” said Hyun Shin, head of research at the BIS.

Mr. Bagus, Ms. Chan, and Mr. Borio have highlighted for us yet again why it is essential that institutional changes be made that lead to withering away of fiat money and create the possibility for sound money.