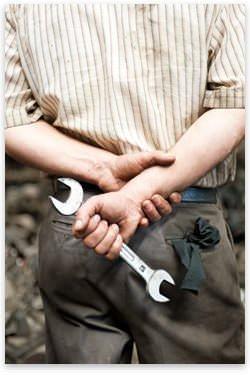 When visiting Sweden recently to study the impact of their advancing socialism, I was surprised to find an almost universal acceptance of the principle of paying workers on a piecework basis. And I recall that early in World War II, a political leader of the United States was severely criticized by our Russian allies because he opposed bonuses to individuals for extra output in the war plants.

These anomalies were brought to mind recently by the assertion in an issue of the AFL-CIO Collective Bargaining Report (Vol. 2, No. 12) that unions in the United States "ordinarily are opposed to wage incentive plans."

The AFL-CIO argues that incentive pay "puts a strain on the entire collective bargaining process … [and] creates friction between workers." It charges that such schemes are "based on the notion that workers will not perform an 'honest' day's work unless they are 'bribed' by the promise of 'extra' money," and that employers, in hope of higher profits, promise monetary reward to induce workers to "produce more than a 'fair day's work.'" Then comes the frank admission: "When workers are paid according to their individual efforts, the union's function of securing high guaranteed wages for all workers becomes more difficult. The local union's ability to present a unified position for base rate increases is weakened."

In other words, incentive-pay plans take over the presumed union function of getting a fair and reasonable wage, and thus threaten the maintenance of union power. "Wage incentives deemphasize the union's role in securing higher wages," according to the report, and "may threaten the union's entire existence."

There is no denial, of course, that incentive-pay plans are often difficult to design. But this problem is not peculiar to incentive-pay plans. It is a problem with any plan of pay determination. Incentive pay involves the question of how much Jones produces relative to Smith, his coworker. This is the same sort of question that is involved in deciding how much of a product is "produced" by tool operators vs. tool investors vs. the electrical-power and telephone suppliers, etc.

Problems of accurate determination of a fair wage exist, to be sure. But that only emphasizes that they should be solved as fairly as possible. Incentive plans may be one way to do this.

It will be readily admitted that in some instances, the fruits of an incentive-pay system may not be worth its cost. Many of the points raised by the AFL-CIO report are important questions. But whether in an incentive-pay system the cargo will be worth the freight is a matter which management must judge in each case. To say that no industrial plants should design and use an incentive plan is as foolish as to say that all should use them. The former is the position of the AFL-CIO and of most other unions in the United States, whereas even socialist Russia and Sweden reject this form of equalism.

When unions oppose the general policy of extra pay for extra work, as under incentive or piecework payment, they are merely extending the practice of featherbedding which is so common in union contracts. The difference is only one of degree — equal pay for less work is like equal pay for no work at all.

Labor unions are not alone in demanding equal pay for less work. This is a policy that has been adopted again and again in our economy. Farmers demand a price for products not produced and a rent for land not farmed. Teachers demand about equal pay for unequal jobs of teaching, with salary based almost entirely on hours spent in training and in the classroom rather than on proficiency at the task. Many other illustrations could be given, too.

The whole question of incentive pay needs a point of focus. And, to me, it is this: so long as economic goods and services are to be made available for exchange in our society, they will be made available either with or without incentive to the one who receives them.

On the question of incentive pay, it would appear that union leaders find it to their advantage to uphold the principle of pay for not working. This is just another instance where personal rights are being sacrificed for the furtherance of personal power. When incentive pay is denied in principle, the least diligent worker gets as an excess payment part of what the most diligent worker has earned, but is not to be allowed to receive, according to the union policy propounded in this report.

It is a late day for individual justice in the United States when we have to look to Russia and Sweden for some leadership in rejecting equalism — for leadership in upholding the rights of the more productive employee to receive the fruits of his handiwork.

Floyd Arthur "Baldy" Harper (1905–1973) was a Cornell University professor and member of the Mont Pelerin Society. He helped start up the Foundation for Economic Education, codirected the William Volker Fund, and founded the Institute for Humane Studies. At Harper's death, Murray Rothbard wrote, "Ever since he came to the Foundation for Economic Education in 1946 as its chief economist and theoretician, Baldy Harper, in a very real sense, has been the libertarian movement. For all these years, this gentle and lovable man, this wise and Socratic teacher, has been the heart and soul and nerve center of the libertarian cause."