Why Statists Always Get it Wrong 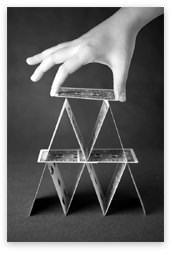 In a recent article, Carl Milsted uses Rothbard to argue it would be permissible to use force to make people pay for a service of which their benefit is at least double its cost. His conclusion is that it is reasonable, and even preferable, to establish a minimalist state if it is to people's advantage.

As has already been argued by N. Stephan Kinsella, he totally misses Rothbard's point. Furthermore, he fails to show why people would not choose to voluntarily pay for services which would benefit them double, as has been pointed out by Bob Kaercher.

Even so, I wish to offer another analysis of Milsted's reasoning. His article is a good example of why statists always seem to get it wrong — and why they always fail to understand what we're talking about. The bottom line is that they fail to realize the costs of force due to their unwillingness to see the state for what it is. I will therefore use Milsted's own example to shed light on his fundamental mistake.

Milsted takes the case of national defense, which is commonly considered an institution that would face the free rider problem if supplied on the market. Argues Milsted: "suppose the majority assesses a tax on everyone to spread the burden of supporting the new defense system. This is theft of the minority. However, suppose that the economies of scale are such that this tax is less than half of what people would have had to pay for defense on their own."

That's the argument, plain and simple. If it is morally permissible to steal when the victim is compensated double, the equation seems to fit. Well, let's look into this in more detail and see if it really does.

First, consider a situation where everybody benefits, say, $10,000 on a yearly basis from being protected by a national defense. That would mean, if the premise is correct, that it would be morally permissible to force costs of no more than $5,000 on everybody.

Were it a company supplying a service worth $10,000 to each of its customers paying only $5,000 for it, this would be easy. Anyone willing to pay the $5,000 would get the service, and the costs associated with administration and so forth would have to be covered by the $5,000 paid. But Milsted argues the $5,000 should be taxed, and that makes it much more difficult.

First of all, we know state-run businesses and authorities (especially if they are monopolies) tend to be much less efficient than private enterprises. That means people in Milstedistan would get less than they would in a free market society. But even so, there is still the cost of coercion totally neglected by Milsted in his article.

Forcing people to pay for a service means there will always be someone who tries to avoid paying or even refuses to pay. So "we" (i.e., the state) need to invest in collection services to get the money. Now, let's say Murray, who is one of the people we're trying to coerce, goes out to buy a rifle and then declares that he's "anti-government, so get the hell off my property." Perhaps he even threatens to kill the collection agents. Dealing with him would take a whole lot more out of the budget, meaning there is even less to provide for the defense (which is the reason we're in business in the first place).

But that's not all. Let's say Murray won't give us the money no matter how much we ask or threaten him. We will simply have to take it by force, so we need to invest in the necessary tools and we go out to hire a dozen brutes to do the forcing. (More money down the drain … ) It is already pretty obvious we're in a very expensive business; there will not be much defense left if there are a lot of Murrays in our society.

Now imagine our hired brutes go down the street to Murray's house and knock on his door. He sticks his rifle out the window and shouts something about having the right to his property and that he will shoot to kill. Anyway, the brutes try to open his door only to find it is locked and barred. They will have to break in to finally get their hands on Murray's cash.

Our small army goes back to their van to get their tools, then returns to break down Murray's door. Going inside, they manage to avoid all the bullets Murray is firing and they tie him up and put him in the closet. They eventually find that he does not have any valuables and that he keeps his cash in a locked safe. So they have to break it to get the money.

Now we have a problem. To make this operation morally permissible, the benefit to Murray, which we know is $10,000, must be at least double the cost forced on him. The cost is now a whole lot more than the cost of the national defense; it includes administration and collection costs, hiring the brutes and their tools, as well as the broken door and safe, and the time and suffering (and perhaps medical expenses) Murray has lost while we were stealing from him. How much do you think is left from the original $5,000 to invest in a national defense? Not much.

What if Murray suffers from paranoia and therefore had invested $1,500 in an advanced special security door and $2,000 in an extra security safe? Then the total cost of simply getting into Murray's safe would probably exceed the $5,000 we are "allowed" to steal. What then? Should we break in anyway since it is a mandatory tax, only to give him a check to cover what's above the $5,000 mark? That doesn't sound right.

But on the other hand, if we just let him be, more people would do the same as Murray only to get off, and we would have a huge problem on our hands. This is a typical state dilemma: it costs too much to force money from some people, but it would probably be much more "expensive" in the long run not to. It's a lose-lose situation.

Now, what if Murray is very poor and doesn't have the $5,000? Then we would have to take whatever he's got and make him work off the rest. We need to get the $5,000 to cover our expenses of the national defense, and we have the right to take that amount from him. It could, of course, be argued he couldn't possibly benefit $10,000 from a national defense if he has no money and no property. If we trust Austrian economics, that might very well be correct; the benefit of national defense would, like any other product or service, be valued subjectively and thus the benefit would be different for each and every individual.

If this is true, it means we have an even greater problem: the state can rightfully levy costs of a maximum of half the subjective benefit enjoyed. Well, that's a task that would keep an army of Nobel Prize winners busy for a while. If possible, I wonder how much that would cost in the end.

This is the problem statists face on an everyday basis when discussing philosophy and politics. It is easy to make nice equations and formulas, and theorize on great systems and cheap solutions neatly enforced by the state. But when consistently failing to realize the costs of coercion it makes their reasoning fundamentally flawed. Just scratching the surface reveals they really have no clue whatsoever.

Per Bylund works as a business consultant in Sweden, in preparation for PhD studies. He is the founder of Anarchism.net. Send him mail. Visit his website. Comment on the blog.