GET NEWS AND ARTICLES IN YOUR INBOXPrint
A
A
Home | Mises Library | Why Not Capital Day?

Why Not Capital Day? 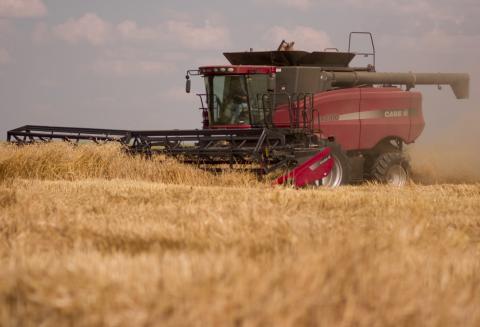 For 10,000 years, from ancient Sumer all the way up through the Industrial Revolution, labor was the key to economic organization. Agriculture was the primary economic activity, and it was based on back-breaking labor. A human with no capital at all would have to poke a hole in the ground with his finger, and drop in a seed.

The change to using sticks to poke holes was an example of the development of capital. To shift from there to metal plows is an immense change, and one which is entirely capital-based. The development of a horse collar — a piece of capital — allowed for greatly increased agricultural output. Literally all the labor in the world could scarcely increase the food supply, but simple capital improvements led to substantial growth in agricultural output.

In a labor-based world, hunting animals was a precarious activity, since animals often possessed better weapons than humans did. A bare-handed human is no match for a buffalo; indeed, a human left with his own wits and his bare hands will rarely capture even a bunny. The development of animal traps was an improvement that allowed small game to be captured with minimal risk to the capturer. The use of spears was another capital improvement, allowing a group of men to successfully hunt larger animals. The invention of the firearm allowed a man to kill even the largest game at a great distance.

In a labor-based world, trade between regions required many men to take weeks, months, or even years to traverse mountains or snowy areas. Yet, this excruciating labor ended with only small amounts of trade, since the traders — limited by their own strength and by their ability to carry food and control pack animals — could only safely and effectively control a small quantity of goods, often not more than a couple hundred pounds.

A several-hour flight between New York and London replaces a several-week voyage aboard a ship — a voyage as likely to result in death as in the safe arrival in the destination city. And the ship itself had made the trip at least possible, changing it from an impossibility in a world based solely on human labor. (Imagine swimming across the Atlantic Ocean!) A message that took Pony Express riders days to get from St. Louis to San Francisco is now handled instantaneously via computers and e-mail.Today, we enjoy luxuries unimaginable even 200 years ago, much less 2000 years ago. We drive automobiles, and we have air conditioners in our homes. We use electric lights, and we mass-produce staplers. We watch television. Books that once had to be painstakingly reproduced one at a time — with labor — are now reproduced by the thousands on printing presses, or even photocopiers. Today, you can read this from the internet and printed on a home printer.

We are blessed to live in this time and place, since the American Dream is truly within reach. Of course, the dream itself is as far away as it has always been. It's just that the expansion of capital allows us to get there faster and easier than ever before. It's time we ended this misnamed celebration of labor day, and recognized what it is that truly makes our life easier: capital.

This article was oringally published on Labor Day, September 3, 1999. It was republished for May Day, 2007.