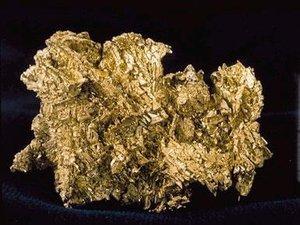 Anyone who knows him personally would attest that David Gordon is a troublemaker. He lived up to this label with a recent review of the new book by Steve Forbes and Elizabeth Ames. Gordon took them to task for referring to money as a measure of value, analogous to a ruler or clock; Gordon cited the authority of Ludwig von Mises while rejecting such a view. In a previous post at Mises Canada, I then defended Gordon from the reply of John Tamny. Yet now I see that economist Marc Miles has jumped in the fray, also thinking that Gordon is ignorant of basic economics.

Let me be clear: Gordon (and Mises) are right; money is not a “measuring rod” of value. However, the reason Tamny and Miles are astounded by Gordon’s position is that they think he is denying the (obvious) fact that people acquire money merely as a means to a further end. In the present post, let me try to clear up all of this confusion that the mischievous Gordon stirred up. As we’ll see, it’s precisely because people use money as a means to a further end, that it is NOT analogous to a ruler or clock or scale.

Voluntary Trades and Implications for “Value”

For a full-blown discussion of these matters–particularly as they were developed in the hands of the fathers of the Austrian School–see Dan Sanchez’s meticulous post. But for our purposes, we can hit the main points quickly: When two people engage in a voluntary trade, it must be the case that each person subjectively values the item received more than the item given up. Otherwise, there would be no reason for them to trade.

For example, if Joe’s mom packed him an apple for lunch, while Sally’s dad packed her a banana, then if the two kids trade, it must mean that (1) Joe values a banana more than an apple and (2) Sally values an apple more than a banana. (Let’s assume the kids are trading based on the items, and not, say, because Joe wants to ask Sally to the dance and is buttering her up.)

Notice that this inequality in valuations must exist for the trade to happen. Far from “measuring” the value in each piece of fruit and then declaring them to be equal, Joe and Sally compare the fruits and come to OPPOSITE conclusions. This is not possible with physical properties, such as the mass of each piece of fruit, or the amount of calories. In other words, it would not be possible for both students to walk away with “the heavier” piece of fruit. But it *is* possible for each student to walk away with “the more valuable” piece of fruit–that’s the beauty of voluntary exchange. It is a win-win proposition.

The same is true if one of the kids has money. For example, if Joe has a $1 bill, while Sally has a banana, and they still engage in a trade, then it must be true that Joe subjectively values the banana more than the marginal $1 bill, while Sally values that additional $1 bill more than her banana. Again, there is no “measurement” going on here; each child sees an inequality of values.

However, it is true that we might say, “The exchange demonstrated that the objective market value of the banana was $1 at that moment.” But even here, there is nothing analogous to measuring length with a ruler, or weight with a scale. We’ll explain why in the next section.

When you measure length with a ruler, you are assuming that there is an objective property of an object called its length, and that you can use an object (namely a ruler) possessing a standardized amount of this property in order to determine the magnitude that adheres to the specific object. So by convention we call a certain object a “ruler that is one foot in length,” and then we count up how many times we lay that thing end-to-end to measure the length of a fence (say). To say the fence is 18 feet long means that it possesses a magnitude of length that is 18 times as great as the length of one standard ruler.

There is absolutely nothing like this going on when people buy and sell goods in the market. This is the case, even when we take the (correct) view of Tamny and Miles into account, who realize that money is a means to a further end. For example, if a boy sells an hour of his labor (cutting the lawn) to his neighbor for $10, and then spends that $10 at the arcade, we can ultimately explain these actions by saying, “The boy valued his enjoyment at the arcade more than the hour of leisure he gave up cutting the neighbor’s lawn.” There is nothing analogous to physical length here, which the boy “measured” with his judgments or actions.

Why Mises Liked the Gold Standard

It is true that Ludwig von Mises, as well as plenty of other economists in the classical liberal tradition, was very fond of the classical gold standard. This is because it tied the government’s hands, preventing large and sporadic monetary inflation. Entrepreneurs could better plan their activities knowing that the purchasing power of money would not be subject to wild fluctuations caused by political whims.

However, to acknowledge all of this is NOT to admit that money tied to gold (for example) therefore has a “fixed” value and provides an objective unit of measurement. This is because the value of a unit of gold itself can change.

For example, suppose the government follows Forbes and Ames’ advice, and pegs the dollar-price of an ounce of gold. Then a few years later, an asteroid containing 170,000 tons of gold lands on the earth, effectively doubling the amount of gold held by humans in just a few weeks. If the U.S. government did nothing, the dollar-price of gold would crash. To maintain the peg, therefore, the government would flood the world with new dollars, causing the dollar-price of everything BUT gold to skyrocket. Do Tamny and Miles deny that this would sure seem like “inflation” in the eyes of the general public, and that the objective “ruler” now seemed to have a malleable length after all?

As Ludwig von Mises explained more thoroughly than any other economist, the new subjective theory of value ushered in during the early 1870s forever exploded the notion of money as an objective “measuring rod” of value. Nonetheless, Mises favored the classical gold standard as a way of minimizing the political influence on the quantity of money. There is nothing contradictory in these positions.