GET NEWS AND ARTICLES IN YOUR INBOXPrint
A
A
Home | Mises Library | Why Don't People Get It?

Why Don't People Get It? 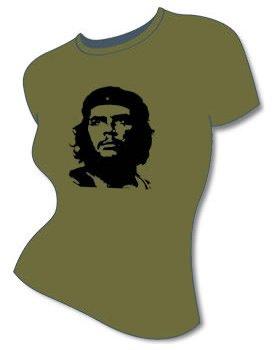 Even now, people think nothing of professing their attachment to socialist ideology at cocktail parties, at restaurants serving abundant foods, and lounging in the fanciest apartments and homes that mankind has ever enjoyed. Yes, it is still fashionable to be a socialist, and — in some circles within the arts and academia — socially required. No one will recoil. Someone will openly congratulate you for your idealism. In the same way, you can always count on eliciting agreement by decrying the evils of Walmart and Microsoft.

Isn't it remarkable? Socialism (the real-life version) collapsed nearly 20 years ago — vicious regimes founded on the principles of Marxism, overthrown by the will of the people. Following that event we've seen these once-decrepit societies come back to life and become a major source for the world's prosperity. Trade has expanded. The technological revolution is achieving miracles by the day right under our noses. Millions have been made far better off, in ever-widening circles. The credit is wholly due to the free market, which possesses a creative power that has been underestimated by even its most passionate proponents.

What's more, it should not have required the collapse of socialism to demonstrate this. Socialism has been failing since the ancient world. And since Mises's book Socialism (1922) we have understood that the precise reason is due to the economic impossibility of the emergence of social order in the absence of private property in the means of production. No one has ever refuted him.

And yet, even now, after all this, professors stand in front of their students and decry the evil of capitalism. Bestselling books make anticapitalism the theme. Politicians parade around telling us about the glorious things that the government will accomplish when they are in charge. And every evil of the day, even those directly caused by the government (airline delays, the housing crisis, the never-ending crisis in public schooling, the lack of healthcare for everyone) are blamed on the market economy.

As an example, the Bush administration nationalized airline security after 9/11, and hardly anyone even questioned that this was necessary. The result was an amazing mess that is visible to every traveler, as delays pile on delays and humiliation became part of the rubric of travel by flight. And yet who gets the blame? Read the letters to the editor. Read the mountains of copy written by journalists covering this issue. The blame is heaped on the private airlines. The solution follows: more regulation, more nationalization.

How can we account for this appalling display? There are two primary factors. The first is the failure of people to understand economics and its elucidation of cause and effect in society. The second is the absence of imagination that such ignorance reinforces. If you don't know what causes what in society, it is impossible to intellectually grasp the proper solutions or imagine how the world would work in the absence of the state.

The educational gap can be overcome. To think in economic terms is to realize that wealth is not a given or an accident of history. It is not bestowed on us like rain from above. It is the product of human creativity in an environment of freedom. The freedom to own, to make contracts, to save, to invest, to associate, and to trade: these are the key to prosperity.

Without them, where would we be? In a state of nature, which means a dramatically shrunken population hiding in caves and living off what we can hunt and gather. This is the world in which human beings found themselves until we made something of it, and it is the world we can slip back into should any government ever manage to take away freedom and private property rights completely.

This seems like a simple point but it is one that evades vast swaths of even the educated public. The problem comes down to a failure to understand that scarcity is a pervasive feature of the world and the need for a system that rationally allocates scarce resources to socially optimal ends. There is only one system for doing so, and it is not central planning but the free-market price system.

Government distorts the price system in myriad ways. Subsidies short-circuit market judgments. Product bans cause the ascendance of less desirable goods and services over more desirable ones. Other regulations slow down the wheels of commerce, thwart the dreams of entrepreneurs, and foil the plans of consumers and investors. Then there is the most deceptive form of price manipulation: monetary management from the Federal Reserve.

The larger the government, the more our living standards are reduced. We are fortunate as a civilization that the progress of free enterprise generally outpaces the regress of government growth, for if that were not the case, we would be poorer each year — not just in relative terms, but absolutely poorer too. The market is smart and the government is dumb, and to these attributes do we owe the whole of our economic well-being.

The second part of our educational task — imaging how a market-run world would function — is much more difficult. Murray Rothbard once remarked that if the government were the only producer of shoes, most people would be unable to imagine how the market could possibly produce them. How could the market accommodate all sizes? Wouldn't it be wasteful to produce styles for every taste? What about fraudulent shoes and poor quality producers? And shoes are arguably too important a good to turn over to the vicissitudes of market anarchy.

Well, so it is with many issues today, such as welfare. Among the first objections to the idea of a market society is that the poor will suffer and have no one to care for them. One response is that private charity can handle it, and yet we look around and see private charities handling only comparatively small tasks. The sector just isn't big enough to pick up where government leaves off.

This is where imagination is required. The problem is that government services have crowded out private ones and reduced private-sector services beyond what they would be in a free market. Before the age of the welfare state, charities in the 19th century were a vast operation comparable in size to the largest industries. They expanded according to need. They were mostly provided by the churches through donations, and the ethic was there: everyone gave a portion of the family budget to the charitable sector. A nun like Mother Cabrini ran a charitable empire.

But then in the progressive era, ideology changed. Charity came to be considered a public good, something to be professionalized. The state began to encroach on territory once reserved to the private sector. And as the welfare state grew throughout the 20th century, the comparative size of the private sector shrank. As bad off as we are in the United States, it is nothing compared with Europe, the continent that gave birth to charitable services. Today, few Europeans donate a dime to charity, because everyone is of the belief that this is a government service. Moreover, after high taxes and high prices, there isn't much left over to donate.

It is the same in every area the government has monopolized. Until FedEx and UPS came along to exploit a loophole in the letter of the law, people couldn't imagine how the private sector could deliver mail. There are many similar blind spots today in the area of justice provision, security, schooling, medical care, monetary policy, and coinage services. People are aghast at the suggestion that the market should provide all these, but only because it requires mental experiments and a bit of imagination to see how it is possible.

Once you understand economics, the reality that everyone sees takes on a new significance. Walmart is not a pariah but a glorious achievement of civilization, an institution that has finally put to rest that great fear that has pervaded all of human history: the fear that the food will run out. In fact, even the smallest products dazzle the mind once you understand the incredible complexity of the production process and how the market manages to coordinate it all toward the end of human betterment. The achievements of the market suddenly appear in sharp relief all around you.

And what makes the difference? The socialist and the advocate of free markets observe the same facts. But the person with economic knowledge understands their significance and implications. It is that bit of education that makes the difference. This is why we must never underestimate the central role of teaching about economics. Facts will always be with us. Wisdom, however, must be taught. Achieving a culture-wide understanding of liberty and its implications has never been more important.