Why Capitalists Are Repeatedly "Fooled" By Business Cycles 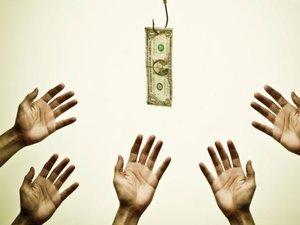 According to the Austrian business cycle theory (ABCT) the artificial lowering of interest rates by the central bank leads to a misallocation of resources because businesses undertake various capital projects that — prior to the lowering of interest rates —weren’t considered as viable. This misallocation of resources is commonly described as an economic boom.

As a rule, businessmen discover their error once the central bank — which was instrumental in the artificial lowering of interest rates — reverses its stance, which in turn brings to a halt capital expansion and an ensuing economic bust.

From the ABCT one can infer that the artificial lowering of interest rates sets a trap for businessmen by luring them into unsustainable business activities that are only exposed once the central bank tightens its interest rate stance.

Critics of the ABCT maintain that there is no reason why businessmen should fall prey again and again to an artificial lowering of interest rates.

Businessmen are likely to learn from experience, the critics argue, and not fall into the trap produced by an artificial lowering of interest rates.

Correct expectations will undo or neutralize the whole process of the boom-bust cycle that is set in motion by the artificial lowering of interest rates.

Hence, it is held, the ABCT is not a serious contender in the explanation of modern business cycle phenomena. According to a prominent critic of the ABCT, Gordon Tullock,

One would think that business people might be misled in the first couple of runs of the Rothbard cycle and not anticipate that the low interest rate will later be raised. That they would continue to be unable to figure this out, however, seems unlikely. Normally, Rothbard and other Austrians argue that entrepreneurs are well informed and make correct judgments. At the very least, one would assume that a well-informed businessperson interested in important matters concerned with the business would read Mises and Rothbard and, hence, anticipate the government action.

Even Mises himself had conceded that it is possible that some time in the future businessmen will stop responding to loose monetary policy thereby preventing the setting in motion of the boom-bust cycle. In his reply to Lachmann (Economica, August 1943) Mises wrote,

It may be that businessmen will in the future react to credit expansion in another manner than they did in the past. It may be that they will avoid using for an expansion of their operations the easy money available, because they will keep in mind the inevitable end of the boom. Some signs forebode such a change. But it is too early to make a positive statement.

According to the critics then, if businessmen were to anticipate that the artificial lowering of interest rates is likely to be followed some time in the future by a tighter interest rate stance, their conduct in response to this anticipation will neutralize the occurrence of the boom-bust cycle phenomenon. But is it true that businessmen are likely to act on correct expectations as critics are suggesting?

Furthermore, the key to business cycles is not just businessmen’s conduct but also the conduct of consumers in response to the artificial lowering of interest rates — after all, businessmen adjust their activities in accordance with expected consumer demand. So on this ground one could generalize and suggest that correct expectations by people in an economy should prevent the boom-bust cycle phenomenon. But would it?

For instance, if an individual John, as a result of a loose central bank stance, could lower his interest rate payment on his mortgage why would he refuse to do that even if he knows that a lower interest rate leads to boom-bust cycles?

As an individual the only concern John has is his own well being. By paying less interest on his existent debt John’s means have now expanded. He can now afford various ends that previously he couldn’t undertake.

As a result of the central bank’s easy stance the demand for John’s goods and services and other mortgage holders has risen. (Again it must be realized that all this couldn’t have taken place without the support from the central bank, which accommodates the lower interest rate stance.)

Now, the job of a businessman is to cater to consumers’ future requirements. So whenever he observes a lowering in interest rates he knows that this most likely will provide a boost to the demand for various goods and services in the months ahead.

Hence if he wants to make a profit he would have to make the necessary arrangements to meet the future demand.

For instance, if a builder refuses to act on the likely increase in the demand for houses because he believes that this is on account of the loose monetary policy of the central bank and cannot be sustainable, then he will be out of business very quickly.

To be in the building business means that he must be in tune with the demand for housing. Likewise any other businessman in a given field will have to respond to the likely changes in demand in the area of his involvement if he wants to stay in business.

Failing to do so will put him out of business very quickly. Now, regardless of expectations once the central bank tightens its stance most businessmen will “get caught.” A tighter stance will undermine demand for goods and services and this will put pressure on various business activities that sprang up while the interest rate stance was loose. An economic bust emerges.