GET NEWS AND ARTICLES IN YOUR INBOXPrint
A
A
Home | Mises Library | Who Owns Water? 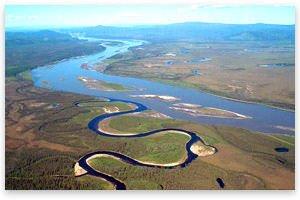 [This article originally appeared in the letters section of the Freeman, March 1956.]

Congratulations on publishing the stimulating and challenging article on "Ownership and Control of Water" in the November issue of Ideas On Liberty.

It is highly important that we think more about such fine points of complexity in our societal system. I offer these further thoughts on water rights, not as the final solution, but in an effort to help find answers to some of the questions raised in the article by the anonymous professor.

For some time, I have believed that a crucial point in our societal system has to do with land ownership, land meaning original nature-given resources of whatever physical type. This problem of ownership is at the crux of our dispute with the socialists.

The socialists argue that the State is or should be the property owner of the entire land area. If you grant this socialist premise, the control of the people follows.

The key question then is ownership. How should ownership be established? We contend, of course, that an adult individual should be a self-owner, so that he owns his own person. He also is entitled to all the property he creates and has a right to give that property to others, if he chooses, or to exchange it for other property. Hence, the right of bequest and inheritance. But this still leaves the question about nature-given property, which is not created by anyone. Who should own the land?

Without attempting here to develop the argument at length, it seems clear to me that neither society nor the State has a right — a moral or an economic claim — to ownership of land. Production clearly means to me that human labor works with nature-given material and transforms it into more usable condition. All production does this. If a man is entitled to the product he creates, he also is entitled to the nature-given land that he first finds and brings into productivity. In other words, land including water, mines, and the like — in an unused, primitive state is economically unowned and worthless and therefore should be legally unowned. It should be owned legally by that person who first makes use of it. This is a principle which we might call "first ownership to first user."

It seems to me that this principle is consistent with libertarian doctrine, and that it is the only principle of first ownership that makes sense in terms of that doctrine. Now, the first-ownership-to-first-user principle is a method of bringing unused, unowned property into ownership — into the market. After this is done, it is clear that the property, having been mixed with the labor and other effort of the first owner, passes completely and absolutely into his hands. From then on, it is his property to do with as he wishes. It may turn out to be uneconomic to use the property after a few years, and it will lie fallow. To leave his land fallow, however, should be an owner's privilege, for he should continue to have the unquestioned right to do with the property as he sees fit. Once the first user obtains the property, it must be absolutely his.

We now have a libertarian benchmark to apply to the difficult problem of water ownership. Where there is no scarcity but unlimited abundance for purposes of human use, there should be no ownership; hence, there is no need or call for anyone's owning any part of the shipping routes on the high seas.

Fisheries, on the other hand, pose a different problem. Private individuals and firms should definitely be able to own parts of the sea for fishing purposes. The present communism in the sea has led, inevitably, to progressive extermination of the fisheries, since it is to everyone's interest to grab as many fish as he can before the other fellow does, and to no one's interest to preserve the fishery resource. The problem would be solved if, on the first-ownership-to-first-user principle, parts of the sea could be owned by private enterprise.

Fixing the ownership of flowing water, as the professor points out, is more difficult. What's the solution? We must concentrate first, not on extricating ourselves from the present property relations in water, should that be necessary, but in trying to visualize an ideal arrangement. After the ideal is known, then one can begin working toward it, given the present situation. But it is crucial not to confuse the two. The ideal for scarce goods, then, is first-ownership-to-first-user.

It is immediately clear that the route to justice lies along the appropriation rather than the riparian path. Why riparian? What claim does a landowner have to any part of a stream just because his land adjoins the stream? No moral claim whatever. His riparian claim is not based on his having made use of the water; in fact, his only purpose seems to be to block anyone else from using the water, and the result is criminal waste of rivers and streams. Why should a riparian owner have a claim to a flow of water?

Hence, he must be free to sell his right to the water to anyone else for any purpose, or to stop using it altogether. If he fails either to use his property right or sell it, the inference is that it is not worth using on the market. At any rate, the decision must be the property owner's — the appropriator's.

How to establish the absolute appropriation method in the Eastern states — whether with or without compensation to the present riparian owners — is something that must be settled. If downstream owners want to avoid pollution, there is one simple way they can do so, under the appropriation method: buy the stream together — as a corporation, perhaps — from the first appropriators, and then put it to nonpolluting uses, or keep it "fallow" altogether.

Further, if downstream citizens wish to build a dam and flood upstream land in order to protect themselves against floods, they must, in a libertarian society, do two things:

I hope these remarks may prove helpful.