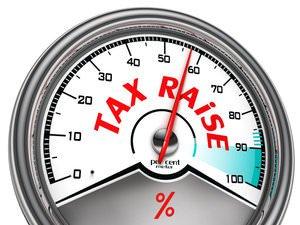 History is full of tax revolts. It’s a fairly popular pastime, if historians are to be believed. But when do they come? What’s the spark and what’s the gasoline?

In Sun-Tzu’s Art of War, he argues that long military campaigns are unwise because they exhaust the people, and he says that long campaigns exhaust “seven tenths” of the wealth of the elites.

This is one of those oddly-specific claims that sometimes strike westerners as hilarious. But Sun-Tzu was a historian, and lived in an era with plenty of case studies of war’s destruction. So it’s worth exploring his rule of thumb here.

One of the problems we immediately face is a lack of good statistics for most historical periods. Even in the twentieth century, statistics can be incomplete, biased, or poorly collected. Before then, all bets are off — the statistics stink in history.

So we have two choices: either we completely ignore the past, and reinvent every wheel. Or else we estimate the past using these kinds of subjective commentaries like Sun-Tzu’s. The model is a radar, used not to “see” something but to estimate its location with fragments of data.

So let’s use this “radar” method on Sun-Tzu’s “seven-tenths.” One interpretation is that he thinks there’s an upper limit to the devastation that can be imposed on your own citizens. This would be consistent with modern economic “marginal analysis,” where people value a loss more as it grows bigger. For example, if you take $10 from a billionaire, it’s not a big deal, but if you take his last $10 in the world he’ll fight you to avoid going hungry.

In this light, Sun-Tzu is saying that once you pass the 70 percent threshold, people become desperate enough to shift from sheep to wolf.

We can translate this into a modern hypothesis, that the people will accept up to a 70 percent tax rate with manageable protest, but go much beyond that and you’re likely to have problems. Now, we’re still a way off this mark in the US: spending at all levels of government in 2014 was about 42 percent. The highest spenders in the world, according to the OECD, are the Scandinavians at about 50 percent.

While these are high numbers, they’re still well below Sun-Tzu’s 70 percent. And the trends are not as bad as they might seem. While the trend is worsening, we’ve still got a ways to go: OECD average tax take grew about 4 percent between 1975 and 2010. At that rate the US wouldn’t get to 70 percent for another 250 years. Fortunately we’d have a “canary in the coalmine” as the Scandinavians would hit this threshold about 100 years earlier.

One caveat for Sun-Tzu’s scenario is that regulation was pretty primitive in his day. By one estimate these regulations add another 11 percent to government’s “take,” bringing the number up to 53 percent, but still below 70 percent.

A second big caveat is that this is all assuming past trends continue. History doesn’t have perfect case studies, so we don’t know what happens when an internet-and-computer wielding state gets the upper hand. So we could get to 70 percent much faster.

On the other hand, the State has become much more clever at hiding its taxes. Payroll withholding and hidden regulatory costs might not stir the people the way that a direct requisition might. And then, of course, there is the hidden tax in a central banks’ inflation of the money supply.

Taking it all in, my guess is that this back-of-the-envelope “radar” tally suggests that current tax trends are plenty sustainable, for better or worse. Unless the trend changes significantly, taxes will likely continue rising slowly and, like the frog in boiling water, people will grumble and that’s that.

There may be other catalysts, of course — the “culture wars” or incessant stoking of ethnic and racial animosity could come to a head. But on current trends taxes won’t be the spark.