GET NEWS AND ARTICLES IN YOUR INBOXPrint
A
A
Home | Mises Library | What's Wrong with the Utility Function?

What's Wrong with the Utility Function? 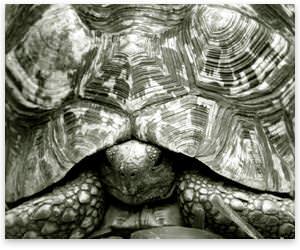 Tags Philosophy and MethodologyPraxeologySubjectivismValue and Exchange

Utility is the importance that we attach to things. We make choices on the basis of this importance. Indeed, in economic terms, "utility," "importance," and "value" are synonyms. We choose what is more important to us and give up what is less important. Utility is subjective.

Carl Menger (1840–1921) is the father of this subjective theory of value. He states, "value is therefore nothing inherent in goods, no property of them, but merely the importance that we first attribute to the satisfaction of our needs, that is, to our lives and well-being."

There is no economist — except those who adhere to the failed labor theory of value — who denies this proposition. However, it seems there are many who, along the way, have forgotten what Menger meant by "diminishing marginal utility."

This essay is based on the following postulates of the subjective theory of value: (1) utility is always marginal, and (2) something has utility only if it satisfies a human end.

Risk aversion is defined as follows: A person is risk averse if he or she prefers a certain outcome over an uncertain one, with the same expected money outcome. For example, a person would be considered risk averse if he or she preferred receiving $3,000 for certain instead of a fifty-fifty gamble where he or she could get either $1,000 or $5,000. This is explained using diagrams similar to the one shown in Figure 1.

It is said that a risk-averse person has this preference because his or her expected utility (EU) of the gamble (point A) is less than the utility of a certain money income of $3,000 (point B). And this is because the utility function has a negative second derivative, which is assumed to be the same as diminishing marginal utility.

This means that the utility of an additional dollar does not change with the amount of money the person already possesses. He or she values each additional dollar just as much as the previously acquired dollar. It turns out that he or she would be indifferent between the same fifty-fifty gamble that was rejected by the risk-averse person from Figure 1, and a certain gain of $3,000. This is explained by indicating that the expected utility (EU) of the gamble (point F) is identical to the utility of a certain gain of $3,000 (point E).

Finally, there may be a person who would choose to take this gamble, in which he or she may end up having either a $1,000 or $5,000 with equal probabilities. This person would be called risk loving, and his or her utility function is shown in Figure 3.

This is an increasing-marginal-utility function, and it is characterized by an increasing slope. It is supposed to describe preferences where a person values each additional dollar more than the previously acquired dollar. The explanation for this person's choice is that the expected utility (EU) of the gamble (point C) is higher than the utility of a certain gain of $3,000 (point D).

There are at least two problems with this explanation. First, utility, as a subjective state of mind, does not conform to algebraic operations. Thus the meaning of "average utility" is unclear.

Second, there is no such thing as constant or increasing marginal utility, as is assumed by the use of a utility function. In the Austrian approach, there can only be diminishing marginal utility. This truth was established by the two principles at the beginning of this article.

How Then Do Austrians Explain Gambling?

To reiterate, in order for every unit of a homogeneous good to have value, each unit needs to satisfy an end. All ends are ranked on a scale in the order of decreasing importance. We use the first unit of a good to satisfy the most important end. The second unit is used for the end that is next in importance, and so forth. Each additional unit is less valuable to us because it is used for an end of lower importance. Thus, marginal utility is always diminishing.

In the language of mainstream economics, this would mean that everyone is risk averse and no person would ever accept a gamble in which he or she could either win or lose the same amount of money with equal probabilities (i.e., the so-called fair gamble). There is no need for sophisticated empirical observation to notice that something went wrong here.

What went wrong is that in Friedman's approach, there is an attempt to decompose the utility of an activity — gambling — into the money segment and an abstract risk segment. Then, depending on the contribution of the risk segment to the utility of the whole gamble, people are classified into different categories.

But this is incompatible with the Mengerian definition of utility in several ways. First, as Menger stated, we attach utility only to things that we see as means of satisfying an end. Playing a round of roulette is an end. This end could be satisfied by going to a casino. Thus, utility would be attached to going to a casino and playing the round of roulette. On the other hand, experiencing risk is neither an end nor means because it is not clear what risk is nor how it is to be experienced.

Second, it is not clear how utility, as a subjective state of mind, could be meaningfully decomposed into segments by an external analyst. Third, and perhaps most important, explaining differences in preferences across individuals is simply outside the scope of economics.

To illustrate how the Austrian perspective on gambling and risk differs from Friedman's approach, imagine the following situation: A person, Jim, is approached by his friend, Janis, and asked if he wants to play a game. In this game, Jim and Janis would each put $2000 on the table. Then they would take one coin, and each pick heads or tails. The person whose pick ends up on the top gets all $4000 lying on the table. Suppose also that Jim had $3000 in his pocket at the moment he met Janis.

Following the logic of mainstream economics, Jim is facing a set of monetary payoffs identical to those in figures 1 through 3. Depending on his risk type, constructed by conveniently picking different utility-of-money functions, he may accept or reject the gamble, or even be indifferent.

In the Austrian perspective, Jim's decision is put into a different context. He could either say no to Janis and use his time and money to do something else, or he could say yes and enter this game.

When making his choice, Jim will consider all the attributes of the offered game. The act of choice is an expression of preference for the whole package that comes with the game. Its attributes — number and magnitude of possible payoffs, uncertainty of the payoffs, etc. — are not goods.

But the thought mechanism that leads Jim to position the gamble above all other alternative uses of his time and resources is outside of the Austrian area of concern. In other words, it is not important why he likes the game. For example, Murray Rothbard, in Man, Economy, and State, describes gambling as a purposeful attempt to create uncertainty just for the fun of it.

Thus, it is not necessary to go further than saying that some people gamble because they like it. This is why, for Austrians, there is no need to construct an artificial, ad hoc thought process that would supposedly predict human behavior. Human action, not prediction, is the centre of the Austrian approach.

In conclusion, when it comes to the origins of attitudes toward risky events, some economists have stepped into the territory of another discipline — psychology. The thought mechanisms that lead some people to like (or, as economists say, have preference for) gambling are of no more economic interest than the reasons why some people like going to soccer games while others like to stay at home. Answering such questions may be a job for psychologists, but it is not one for economists.