GET NEWS AND ARTICLES IN YOUR INBOXPrint
A
A
Home | Mises Library | What's Wrong with Taxation? 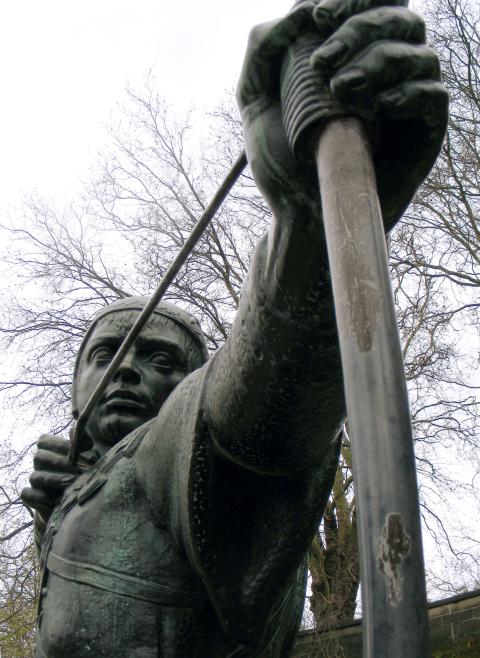 Liberty is incompatible with taxation. This despite that famous saying by Oliver Wendell Holmes that "Taxation is the price we pay for civilization." In fact, taxation is a most uncivilized way of obtaining funds, given that it boils down to nothing less than extortion.

Just think of it: You go to work for some company and are told you will receive a certain wage but actually receive but a fraction of what you have been offered. Why? Because a substantial portion is sent not to you, who earned it, but to other people. Why? Because if it isn't sent to them, they will declare the company criminal and sic the police on it.

So, the company is coerced to take part of your earnings and divert it to those who have this power to make them do so. If this isn't exactly like what the Mafia does when it engages in extortion I don't know what is. Yes, some of the funds extorted will be used for purposes that may actually benefit you and some who are extorted don't protest. But maybe that's true about whom the Mafia extorts, as well. And it doesn't matter because what is wrong with extortion isn't what the money is used for but how it is obtained, namely, coercively.

Often it is Robin Hood who is held up as the role model for justifying taxation: Didn't he "steal" from the rich to "give" to the poor? Well, not, not really.

In the original version of the legend, Robin Hood did just the opposite: He stole from those who stole from the poor and returned the loot to the rightful owners. In those days the upper classes, from the king to all his cronies, routinely engaged in extortion. They disguised this, however, with the phony claim that everything belongs to the king and his cronies. Yes, monarchs and those who rationalized monarchy spun this fantasy and managed to sell it to the people that they where the rightful owners "of the realm," that they had a "divine right" to rule us. This way when the bulk of the country went to work on the farm or wherever, they had to pay "rent" to the monarch and his cronies.

Of course, if I live in your apartment, I pay you rent. It's your apartment, after all, so you have it coming to you. But what if you got your apartment by conquest, by robbing a bunch of people of what belongs to them? That is mostly how the monarchs got to rule the realm, by conquest. By all rights it is the folks who were working in the realm--on the land and elsewhere--who actually owned that realm, the monarchs being the phony, pretend owners, nothing better. But since they managed to bamboozle a great many powerless folks into believing that they did own the realm, the "rent" had to be paid.

Since, however, the American Revolution put the lie to this monarchical ruse, the institution of taxation could not be passed off as some kind of legitimate rent taking. That major political change showed once and for all that monarchs were sophisticated thugs who ran roughshod over the rest of the people, who violated their basic natural rights all over the place, by robbing and conscripting them.

Yet, because of the idea that we do need to have our rights protected by some means that involve costs, taxation remained a feature of the society that followed the change from monarchy to constitutional republicanism.

Not a lot of taxation, mind you, because it seemed pretty clear to the Founders that taxation is in fact extortion. But they didn't see some other, legitimate, morally acceptable way of collecting the funds needed to pay government for its service of securing our rights. Yet, they might have.

There are other ways governments could be paid for their service of securing our rights that couldn't exist without legal protection. Contract fees, not taxation, could solve the problem.

But this alternative, legitimate method wasn't in the cards following the revolution, so taxation remained, albeit in a rather modest form. In time, however, it got out of hand.

After all, if the Mafia just took a tiny fraction of income from its victims, most would probably put up with it all rather than to resist. But when the amount moves on to 25 to 70 %, it turns into big time extortion. And that is how we stand now where taxation has become big time extortion.

Some respond to this by noting that in other countries taxation is much higher. Sure, because they are even farther from having lived up to the spirit and letter of the revolution that America experienced; namely, removing power from government and returning it to where it belongs, the individual citizens. After all, it is America that is the leader of the free world, with a lot of other countries, including most of those in Western Europe, way behind. At least that is how it was supposed to happen.

Instead, however, the American Revolution was betrayed and the U.S.A. has undergone a reactionary period in which it reverted, substantially, to the policies of earlier systems of government. This Europeanization of America is a shame, a damned shame. And it needs to be identified as such before it has any chance of being arrested.

The first step is to acknowledge, unapologetically, that the institution of taxation is not a civilized but a barbaric method to fund anything, because it amounts to nothing less than outright extortion, a gross violation of human liberty.