GET NEWS AND ARTICLES IN YOUR INBOXPrint
A
A
Home | Mises Library | What Will Keep Our Food Safe?

What Will Keep Our Food Safe? 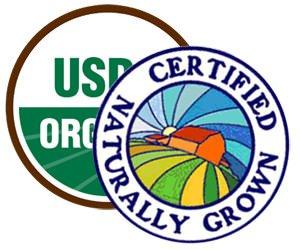 Any conversation about the superfluity of the federal government or her legion of agencies will invariably turn to this question: "Who will keep our food safe?" It is as sure as Godwin's law — except in this case, the fascists have, inexplicably, become the good guys.

Apparently, the FDA and the USDA have a stellar and unblemished track record of keeping the populace safe from tainted food and dangerous medicines. It is a measure of the success of state propaganda that such a glaring untruth is so commonly seen as axiomatic and beyond question.

One of the great challenges for advocates of a truly free society is to present their vision of how certain functions of government would be replaced by the free market and voluntary cooperation. We are no less presumptuous than advocates of central planning if we dogmatically claim a comprehensive vision of how things will be in our "libertopia."

As Murray Rothbard pointed out, the libertarian's primary task is to

offer a few guidelines on how markets might develop where they are now prevented or restricted from developing; but he can do little more than point the way toward freedom, to call for government to get out of the way of the productive and ever-inventive energies of the public as expressed in voluntary market activity.

As it pertains to the role of agencies like the FDA and USDA, we need look no further than the sustainable- and organic-food movement to see how the free market makes up for government failures; and it is no great leap to imagine the same market forces supplanting the public option altogether.

Perhaps ironically, it is luminaries of the modern movement toward "sustainable" food, generally confirmed statists, who furnish the crux of our argument.

There is a general consensus among those who are deeply devoted to such things that the USDA Certified Organic sticker is, at best, a limited indicator of the agricultural practices involved in the production of various foodstuffs. The USDA program is, like any government agency, bloated, inefficient, and inconsistent. It is rife with corruption and requires expenditures of time and money that preclude many small farmers from participating.

As a result, many small producers are eschewing the USDA label as simply not worth it. Michael Pollan, an icon in the sustainable-food movement, consistently encourages people to forgo Certified Organic produce for local, reasoning that

It often is organic, even if not certified, and you can always ask the farmer. The cost of organic certification can also become burdensome for a small grower.

The farm that runs the CSA (community-supported agriculture) to which I belong is explicit in their disclosure of their growing methods, all the while explaining that they have not received "official" organic certification. In short, there seems to be a general consensus among advocates of organic and sustainable agriculture that the government seal of approval is limited in its value.

But simply buying everything from a local producer is a difficult proposition for the majority of us; time and geographic concerns preclude this as a viable option. How, then, can the average consumer be assured that they are buying food products that have been produced in a manner that is consistent with their ideals? In the face of the failure of the government's program, as usual, the free market has provided a solution. And it is in this free-market solution that we see the germ of an idea that could totally supplant the government's role in the inspection and regulation of agriculture and medicine — and do it more cheaply, efficiently, and with far greater accountability.

In the absence of a reliable government organic-food regulatory agency, the market has provided several voluntary options. The Certified Naturally Grown program offers "a non-profit organization offering certification tailored for small-scale, direct-market farmers and beekeepers using natural methods." They rely on voluntary participation and a peer-review system that is less expensive, less paperwork intensive, and more efficient than the USDA program.

Whole Foods Market has developed their own alternative for certifying certain production techniques for livestock and poultry, through a partnership with an animal-welfare nonprofit.

These are two options, but there are several others. All share a focus on voluntary cooperation between food producers and certifiers, and greater accountability to the consumer, as they can't hide their flaws behind the veil of government immunity. These programs, and others like them, are infinitely scalable, completely voluntary, and represent a real challenge to the notion that "only the government can …

The same organizational structure that has rendered the Certified Organic label obsolete could immediately step in to fill the void left by the absence of the FDA and USDA. Private, third-party certifiers could inspect livestock and produce and affix their seal of approval only when certain standards are met. That the reputations of the inspectors and the farmers are truly on the line would preclude much of the graft and inefficiency that is a constant feature of the current system. Certified, inspected produce would compete with uninspected produce for shelf space and consumer demand. I've focused on the grocery side of the equation, but the same general principles would apply to drug development and regulation.

No one can predict the number of firms, the size of each firm, the pricing policies, etc., of any future market in any service or commodity. We just know — by economic theory and by historical insight — that such a free market will do the job infinitely better than the compulsory monopoly of bureaucratic government.