GET NEWS AND ARTICLES IN YOUR INBOXPrint
A
A
Home | Mises Library | What is up with the GDP?

What is up with the GDP? 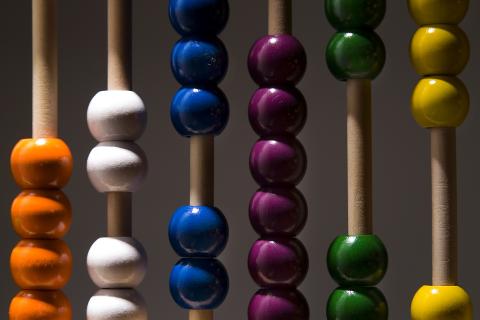 To gain insight into the state of an economy, most people rely on a statistic called Gross Domestic Product (GDP). The GDP framework looks at the value of final goods and services produced during a particular time interval, usually a quarter or a year. This statistic is constructed in accordance with the view that what drives an economy is not the production of wealth but rather its consumption. What matters here is demand for final goods and services. Since consumer outlays are the largest part of overall demand, it is commonly held that consumer demand sets in motion economic growth.

By focusing exclusively on final goods and services, the GDP framework lapses into a world of fantasy wherein goods emerge because of people's desires. This is in total disregard to the facts of reality (that is, the issue of whether such desires can be accommodated). All that matters in this view is the demand for goods, which in turn will give rise almost immediately to their supply.  Because the supply of goods is taken for granted, this framework completely ignores the whole issue of the various stages of production that precede the emergence of the final good.

In the real world, it is not enough to have demand for goods: one must have the means to accommodate people's desires. Means—i.e., various intermediate goods that are required in the production of final goods—are not readily available; they have to be produced. Thus, in order to manufacture a car, there is a need for coal that will be employed in the production of steel, which in turn will be employed to manufacture an array of tools. These in turn are used to produce other tools and machinery and so on, until we reach the final stage of the production of a car. The harmonious interaction of the various stages of production results in the final product.

The GDP framework gives the impression that it is not the activities of individuals that produce goods and services, but something else outside these activities called the "economy." However, at no stage does the so-called "economy" have a life of its own independent of individuals. The so-called economy is a metaphor—it doesn't exist.

The GDP framework cannot tell us whether final goods and services that were produced during a particular period of time are a reflection of real wealth expansion, or a reflection of capital consumption.

For instance, if a government embarks on the building of a pyramid, which adds absolutely nothing to the well-being of individuals, the GDP framework will regard this as economic growth. In reality, however, the building of the pyramid will divert real funding from wealth-generating activities, thereby stifling the production of wealth.

Because the GDP framework completely disregards the intermediate stages of production, it can be of little help in the assessment of boom-bust cycles. It is little wonder then that mainstream economists are forced to conclude that recessions are a response to a sudden fall in consumer spending. Consequently, it is quite logical within the GDP framework to advocate loose monetary policies to revive the "economy."

The whole idea of GDP gives the impression that there is such a thing as the national output. In the real world, however, wealth is produced by someone and belongs to somebody. In other words, goods and services are not produced in totality and supervised by one supreme leader. This in turn means that the entire concept of GDP is devoid of any basis in reality. It is an empty concept.

According to Mises the whole idea that one can establish the value of the national output is somewhat far-fetched:

The attempt to determine in money the wealth of a nation or the whole mankind are as childish as the mystic efforts to solve the riddles of the universe by worrying about the dimension of the pyramid of Cheops.

If a business calculation values a supply of potatoes at $100, the idea is that it will be possible to sell it or replace it against this sum. If a whole entrepreneurial unit is estimated at $1,000,000 it means that one expects to sell it for this amount the businessman can convert his property into money, but a nation cannot.

In addition to all these issues, there are serious problems regarding the calculation of the GDP statistic. To calculate a total, several things must be added together. To add things together, they must have some unit in common. It is not possible to add refrigerators to cars and shirts to obtain the total of final goods. Since the total real output cannot be meaningfully defined, obviously it cannot be quantified.

Suppose two transactions were conducted. In the first transaction, one TV set is exchanged for $1,000. In the second transaction, one shirt is exchanged for $40. The price or the rate of exchange in the first transaction is $1000/1TV set. The price in the second transaction is $40/1shirt. In order to calculate the average price, we must add these two ratios and divide them by 2. However, $1000/1TV set cannot be added to $40/1shirt, implying that it is not possible to establish an average price.

It is interesting to note that in commodity markets, prices are quoted as Dollars/barrel of oil, Dollars/ounce of gold, Dollars/tonne of copper, etc. Obviously, it wouldn't make much sense to establish an average of these prices. On this Rothbard wrote, "Thus, any concept of average price level involves adding or multiplying quantities of completely different units of goods, such as butter, hats, sugar, etc., and is therefore meaningless and illegitimate."

The employment of various sophisticated methods to calculate the average price level cannot bypass the essential issue that it is not possible to establish an average price of various goods and services. Accordingly, various price indices that government statisticians compute are simply arbitrary numbers. If price deflators are meaningless, however, so is the real GDP statistic.

So what are we to make out of the periodical pronouncements that the economy, as depicted by real GDP, grew by a particular percentage? All we can say is that this percentage has nothing to do with real economic growth and that it most likely mirrors the pace of monetary pumping.

As a rule, the more money created by the central bank and the banking sector, the larger the monetary spending will be. This in turn means that the rate of growth of what is labeled as the real economy will closely mirror rises in money supply.

So it is no wonder that in the GDP framework, the central bank can cause real economic growth, and most economists who slavishly follow this framework believe that this is so. Much so-called economic research produces "scientific support" for popular views that, by means of monetary pumping, the central bank can grow the economy. It is overlooked by all these studies that no other conclusion can be reached once it is realized that GDP is a close relative of the money stock.

What an entrepreneur requires is not general information but rather specific information regarding the demand for his specific product, or products. The entrepreneur himself has to establish his own network of information concerning a particular venture.

The entire army of economists is busy guessing whether the central bank will lower, or raise, interest rates. Moreover, to provide a rationale for all this, a new form of economics labeled macroeconomics was invented. Needless to say, this type of economics doesn’t deal with the real world but rather with a nonexistent entity called the economy.

If the effect of these policies were confined only to the GDP statistic then the whole exercise would be harmless. However, these policies tamper with activities of wealth producers and thereby undermine people's well-being. To take a particular instance, by acting to make the nonexistent entity the "economy" more efficient, U.S. government officials are busy destroying a major wealth generator—Microsoft. Likewise, by means of monetary pumping and interest rate manipulations, the Federal Reserve doesn't help generate more prosperity, but rather sets in motion a "stronger GDP" and the consequent menace of the boom-bust cycle—i.e., economic impoverishment.

We can thus conclude that the GDP framework is an empty abstraction devoid of any link to the real world. Notwithstanding this, the GDP framework is in big demand by governments and central bank officials since it provides justification for their interference with businesses. It also provides an illusory frame of reference to assess the performance of government officials.