GET NEWS AND ARTICLES IN YOUR INBOXPrint
A
A
Home | Mises Library | What Is Free Trade?

What Is Free Trade? 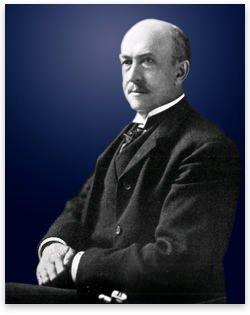 There never would have been any such thing to fight for as free speech, free press, free worship, or free soil, if nobody had ever put restraints on men in those matters. We never should have heard of free trade, if no restrictions had ever been put on trade. If there had been any restrictions on the intercourse between the states of this Union, we should have heard of ceaseless agitation to get those restrictions removed. Since there are no restrictions allowed under the Constitution, we do not realize the fact that we are enjoying the blessings of complete liberty, where, if wise counsels had not prevailed at a critical moment, we should now have had a great mass of traditional and deep-rooted interferences to encounter.

Our intercourse with foreign nations, however, has been interfered with, because it is a fact that, by such interference, some of us can win advantages over others. The power of Congress to levy taxes is employed to lay duties on imports, not in order to secure a revenue from imports, but to prevent imports — in which case, of course, no revenue will be obtained. The effect that is aimed at, and that is attained by this device, is that the American consumer, when he wants to satisfy his needs, has to go to an American producer of the thing he wants, and has to give to him a price for the product that is greater than that which some foreigner would have charged.

The object of this device, as stated on the best protectionist authority, is: "To effect the diversion of a part of the labor and capital of the people out of the channels in which it would run otherwise, into channels favored or created by law." This description is strictly correct, and from it the reader will see that protection has nothing to do with any foreigner whatever. It is purely a question of domestic policy. It is only a question whether we shall, by taxing each other, drive the industry of this country into an arbitrary and artificial development, or whether we shall allow one another to employ each his capital and labor in his own way.

Note that there is for us all the same labor, capital, soil, national character, climate, etc., — that is, that all the conditions of production remain unaltered. The only change that is operated is a wrenching of labor and capital out of the lines on which they would act under the impulse of individual enterprise, energy, and interest, and their impulsion in another direction selected by the legislator. Plainly, all the import duty can do is to close the door, shutting the foreigner out and the Americans in.

Then, when an American needs iron, coal, copper, woolens, cottons, or anything else in the shape of manufactured commodities, the operation begins. He has to buy in a market that is either wholly or partially monopolized. The whole object of shutting him in is to take advantage of this situation to make him give more of his products for a given amount of the protected articles, than he need have given for the same things in the world's market.

"If any governmental coercion is necessary to drive industry in a direction in which it would not otherwise go, such coercion must be mischievous."

Under this system a part of our product is diverted from the satisfaction of our needs, and is spent to hire some of our fellow citizens to go out of an employment that would pay under the world's competition, into one that will not pay under the world's competition. We, therefore, do with less clothes, furniture, tools, crockery, glassware, bed and table linen, books, etc., and the satisfaction we have for this sacrifice is knowing that some of our neighbors are carrying on business that according to their statement does not pay, and that we are paying their losses and hiring them to keep on.

Free trade is a revolt against this device. It is not a revolt against import duties or indirect taxes as a means of raising revenue. It has nothing to say about that, one way or the other. It begins to protest and agitate just as soon as any tax begins to act protectively, and it denounces any tax that one citizen levies on another.

The protectionists have a long string of notions and doctrines that they put forward to try to prove that their device is not a contrivance by which they can make their fellow citizens contribute to their support, but is a device for increasing the national wealth and power. These allegations must be examined by economists, or other persons who are properly trained to test their correctness, in fact and logic. It is enough here to say, over a responsible signature, that no such allegation has ever been made that would bear examination. On the contrary, all such assertions have the character of apologies or special pleas to divert attention from the one plain fact that the advocates of a protective tariff have a direct pecuniary interest in it, and that they have secured it, and now maintain it, for that reason and no other.

The rest is all afterthought and excuse. If any gain could possibly come to the country through the gains of the beneficiaries of the tariff, obviously the country must incur at least an equal loss through the losses of that part of the people who pay what the protected win. If a country could win anything that way, it would be like a man lifting himself by his boot straps.

The protectionists, in advocating their system, always spend a great deal of effort and eloquence on appeals to patriotism, and to international jealousies. These are all entirely aside from the point. The protective system is a domestic system, for domestic purposes, and it is sought by domestic means. The one who pays, and the one who gets, are both Americans. The victim and the beneficiary are amongst ourselves. It is just as unpatriotic to oppress one American as it is patriotic to favor another. If we make one American pay taxes to another American, it will neither vex nor please any foreign nation.

The protectionists speak of trade with the contempt of feudal nobles, but on examination it appears that they have something to sell, and that they mean to denounce trade with their rivals. They denounce cheapness, and it appears that they do so because they want to sell dear. When they buy, they buy as cheaply as they can. They say that they want to raise wages, but they never pay anything but the lowest market rate. They denounce selfishness, while pursuing a scheme for their own selfish aggrandizement, and they bewail the dominion of self-interest over men who want to enjoy their own earnings, and object to surrendering the same to them. They attribute to government, or to "the state," the power and right to decide what industrial enterprises each of us shall subscribe to support.

"The protectionists speak of trade with the contempt of feudal nobles, but on examination it appears that they have something to sell, and that they mean to denounce trade with their rivals."

Free trade means antagonism to this whole policy and theory at every point. The free trader regards it as all false, meretricious, and delusive. He considers it an invasion of private rights. In the best case, if all that the protectionist claims were true, he would be taking it upon himself to decide how his neighbor should spend his earnings, and — more than that — that his neighbor shall spend his earnings for the advantage of the men who make the decision. This is plainly immoral and corrupting; nothing could be more so.

The free trader also denies that the government either can, or ought to regulate the way in which a man shall employ his earnings. He sees that the government is nothing but a clique of the parties in interest. It is a few men who have control of the civic organization. If they were called upon to regulate business, they would need a wisdom that they have not. They do not do this. They only turn the "channels" to the advantage of themselves and their friends. This corrupts the institutions of government and continues under our system all the old abuses by which the men who could get control of the governmental machinery have used it to aggrandize themselves at the expense of others.

The free trader holds that the people will employ their labor and capital to the best advantage when each man employs his own in his own way, according to the maxim that "A fool is wiser in his own house than a sage in another man's house" — how much more, then, shall he be wiser than a politician? And he holds, further, that by the nature of the case, if any governmental coercion is necessary to drive industry in a direction in which it would not otherwise go, such coercion must be mischievous.

The free trader further holds that protection is all a mistake and delusion to those who think that they win by it, in that it lessens their self-reliance and energy and exposes their business to vicissitudes that, not being incident to a natural order of things, cannot be foreseen and guarded against by business skill; also that it throws the business into a condition in which it is exposed to a series of heats and chills, and finally, unless a new stimulus is applied, reduced to a state of dull decay. They therefore hold that even the protected would be far better off without it.

This essay was published in The Forgotten Man and Other Essays (1918).

William Graham Sumner was one of the founding fathers of American sociology. Although he trained as an Episcopalian clergyman, Sumner went on to teach at Yale University, where he wrote his most influential works. His interests included money and tariff policy, and critiques of socialism, social classes, and imperialism.